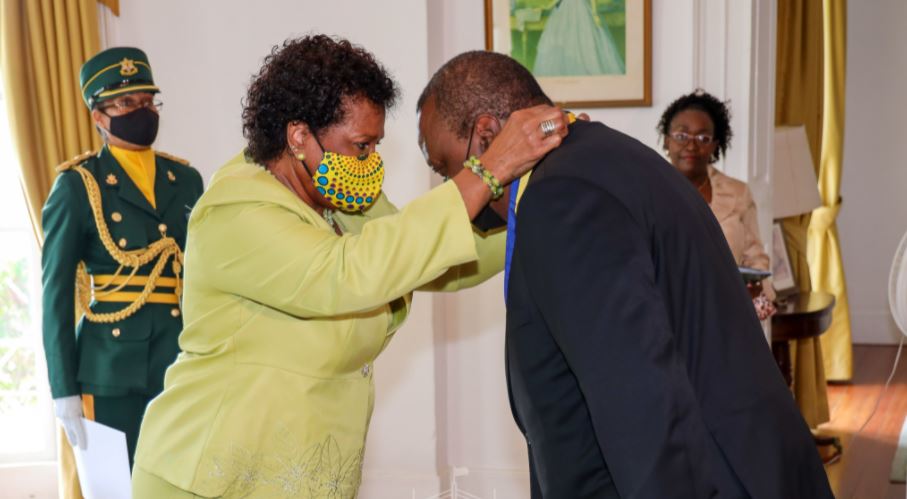 President Uhuru Kenyatta was on Wednesday conferred the ‘Order of Freedom of Barbados’ award by the Barbadian Government for his leading role in the promotion of global trade and the strengthening of relations between African and Caribbean countries.

The highest State honour conferred on outstanding Barbadian citizens and foreign nationals for extraordinary service to Barbados, Caribbean Diaspora or to humanity at large was presented to President Kenyatta by the country’s Governor General Dame Sandra Mason at Government House in Bridgetown.

“The accolade of honorary Member of the Order of the Freedom of Barbados is being conferred on the President of the Republic of Kenya for his outstanding accomplishment as a global leader, his commitment to enhancing global trade and sustainable development and efforts to strengthen the bonds of cooperation and friendship between Kenya and CARICOM, in particular the bilateral relationship between Kenya and Barbados,” the citation read in part.

Receiving the award, President Kenyatta said the honour is not just for him as an individual but a great sign of the growing collaboration between Kenya and Barbados. 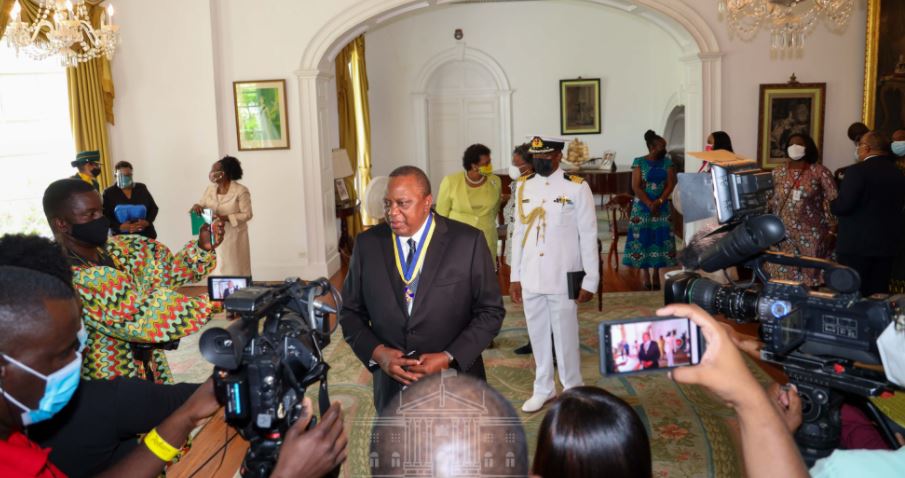 The President added that the award also signifies the work he and Prime Minister Mia Mottley have been doing to strengthen the ties between Africa and the Caribbean Community and Common Market (CARICOM) region.

“Our desire and objective is to see all people of African descent come together, be able to stand together and be able to fight for our respective rights, freedoms and our space in global affairs.

“This, I believe, is the spirit that has brought me to Barbados, it is the spirit that continues to encourage me to continue with the work that we have started. It is really my hope and prayer that as a result of the engagements we have had, we will see the strengthening and re-establishment of the Pan-Africanism – the spirit that brought us our independence,” President Kenyatta said.

The Kenyan Head of State emphasized that the ability of the two regions to come together and focus on some of the global issues would help to overcome the emerging global challenges including Covid-19. 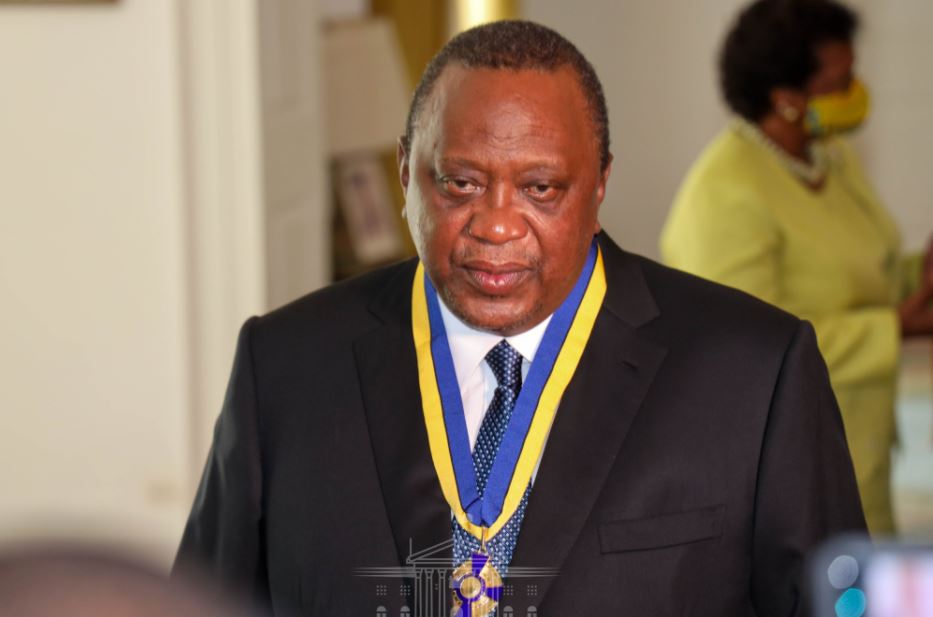