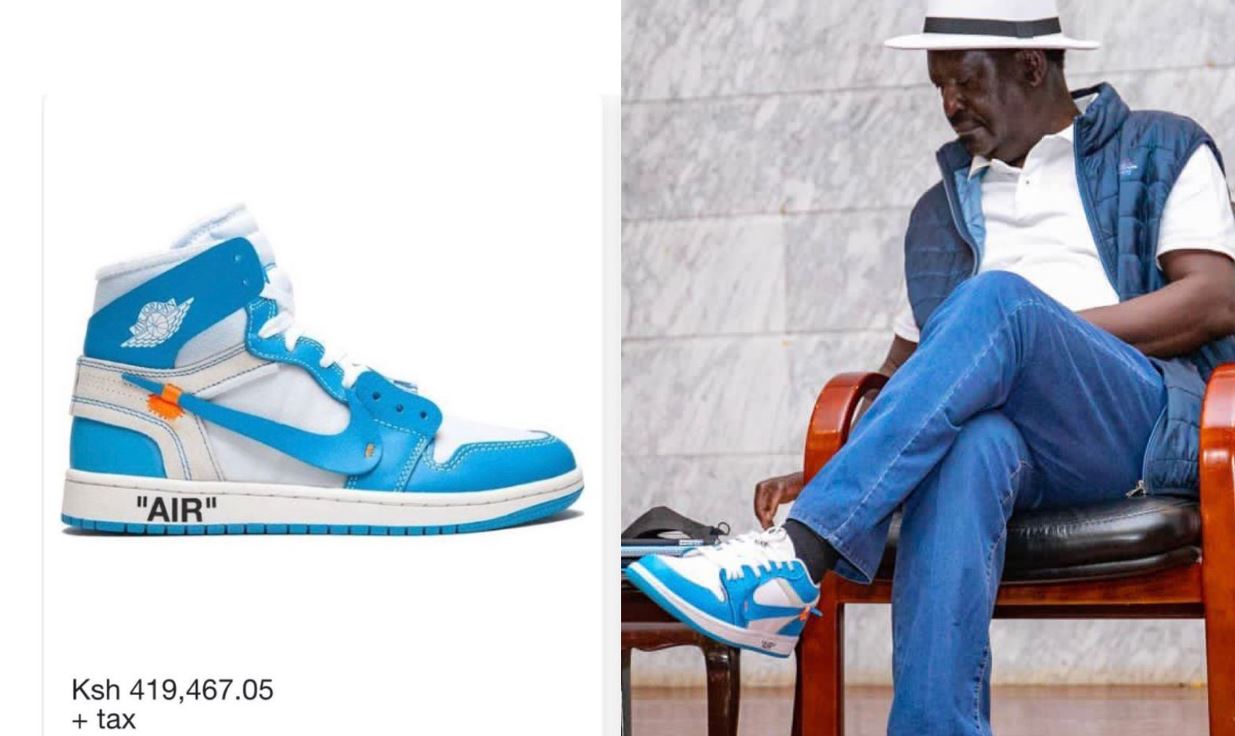 The proprietor of an apparel business that swagged out Raila Odinga with a pair of Nike Air Jordan sneakers has dismissed claims that the shoes were knock-offs.

Ali Abdi, who runs Thrift_trendy, said he shipped the kicks from overseas.

“I made a special order for him and delivered. The shoes are Nike Air Jordan 1 x off white. That is not fake,” he said.

Ali, popularly known by his alias Nairobi West Niccur, said he initially did not he was buying the shoes for the former Prime Minister.

He said one of Baba’s close relatives, who is his loyal customer, made the order.

“One day he ordered sneakers that were not his size. He told me to deliver them at their home.”

“When I got there I was scared, he said he wants me to meet someone special; all of a sudden I saw Raila Odinga. We gave him the sneakers and hoodies,” Ali recounted. 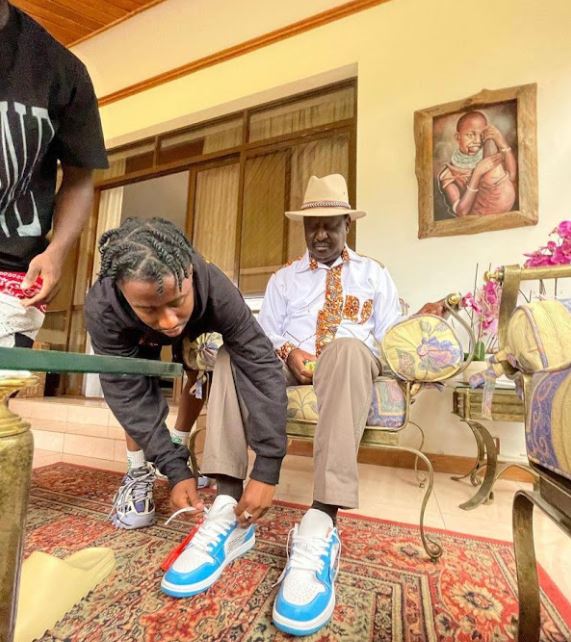 The young businessman said the shoes cost $100(Sh11,000) but acknowledged there are cheaper brands for his other customers, which go for a standard price of about Sh4500.

Ali said he started his fashion label after completing secondary education, with capital drawn from his pocket money.

“I started by hawking clothes and shoes in the streets of Nairobi then I moved to selling them online. I opened my shop at Imenti House in 2019,” he said.

The designer said he has dressed other celebrities in Kenya including Otile Brown, Khaligraph Jones and MP Babu Owino.