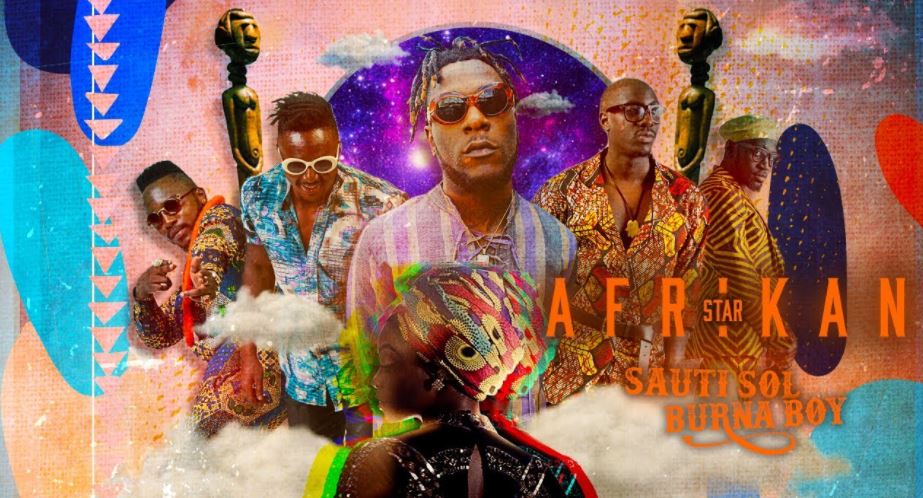 The top Kenyan boyband Sauti Sol is over the moon after its contribution to Burna Boy’s album ‘Twice as Tall’ was recognised by the Grammy Recording Academy.

The ‘Midnight Train’ hitmakers have received a certificate of recognition from Grammy Awards for their participation as producers in the album.

“The Recording Academy presents this certificate to Sauti Sol in recognition of your participation as producer on the Grammy Award-winning recording ‘Twice As Tall,” part of the certificate read.

Sauti Sol couldn’t be prouder of the feat and took to socials to celebrate and thank Burna Boy for the opportunity to produce their song, Time Flies.

“Congratulations @burnaboygram. Happy to be a part of the dream. Thank you for showing us it can be done! African boys on a mission,” the group wrote.

Sauti Sol guitarist and producer Fancy Fingers added: “Unbelievable. That we made it thus far. Undeniable. To see the promised land from afar. #grammy.”

Savara Mudigi added: “Thank you @burnaboygram for the chance to produce, write and perform on your Grammy-winning album. To all young beatmakers, writers and musicians out there, don’t tire! Keep working! God’s timing is the best 🙏🏿. @sautisol AFRICAN BOYS ON A MISSION 🌍🚀 … Siwezi wacha vodka na mavela nanana 🔥🔥🔥 #SavageLevel” 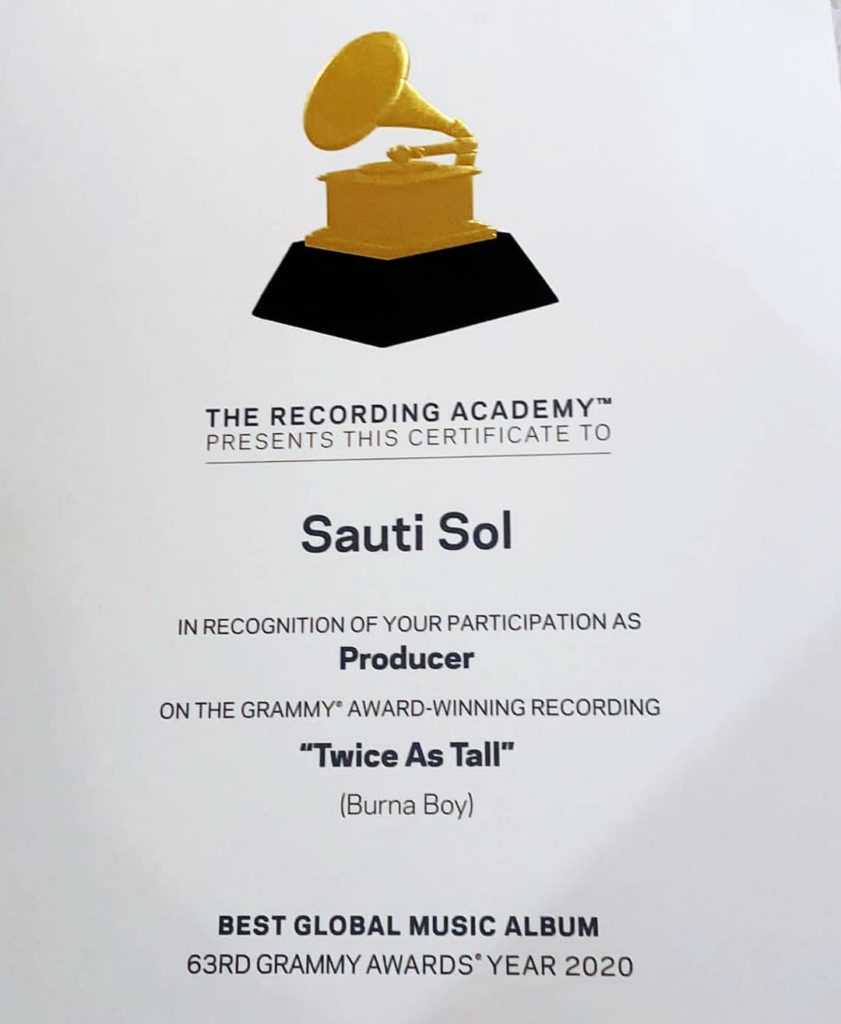 Njoro Narrates How Celebs Waste Money Then Cry on Live TV < Previous
500 ‘Kanjo’ Vacancies Announced at City Hall Next >
Recommended stories you may like: