Ndichu Twins: We Were Only Separating Two Fighting Women 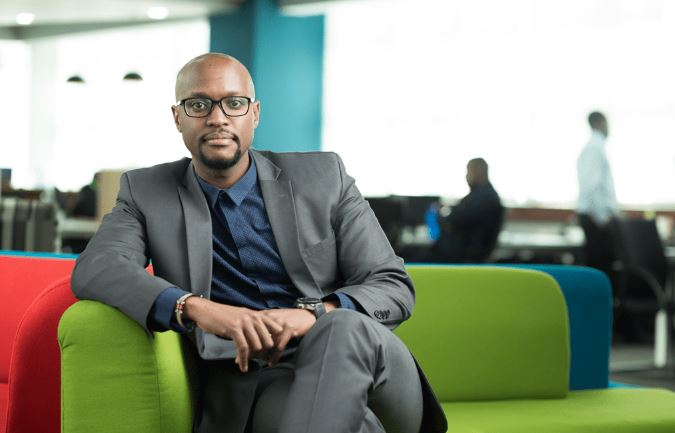 Eddie and Paul Ndichu, the twin brothers filmed on Saturday night allegedly assaulting some women, have come out to defend themselves, stating that the truth about the events of that night are not what is being spread on social media.

A video surfaced on Monday morning showing the two brothers, getting involved in an altercation at the lobby of a top hotel in the city. One woman came forward and messaged Boniface Mwangi, telling him that “the twins had attacked them, threatened to shoot them and ruin their lives, after they turned their advances down”.

Eddie Ndichu was married to TV personality Janet Mbugua, but that marriage appears to have gone sideways some time back and the two are now separated. Even then, there were unconfirmed rumours of domestic violence in that relationship.

Following the altercation, the Ndichus’, who are founders of a Fintech startup called ‘Wapi Pay’, have already lost one investor, with the rest of their Sh240 million financing also potentially at risk.

On Tuesday morning, they released a statement explaining their side of the story.

“Our understanding is that the allegations and video currently being shared on social media, albeit horrific and regrettable, do not depict the true events that transpired that night. To be clear, Paul and Edie got involved in an attempt to neutralize a confrontation between two women and to defend themselves from certain aggressors,” the statement reads in part.

“The matter has been reported to the police and DCI for further investigation and resolution. Pending this, we request restraint be exercised in potentially and unfairly spreading misinformation that has no factual basis.”

Here’s the full statement, released through their company Wapi Pay. 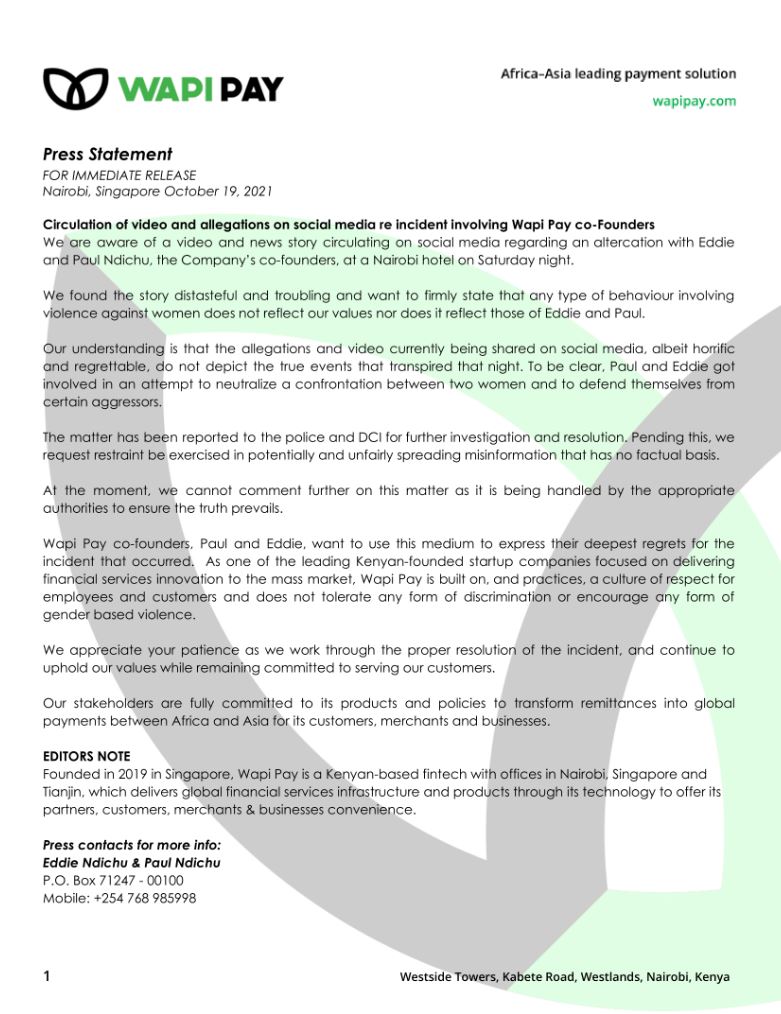