By many guesstimates, most flats in Nairobi are owned by Kikuyu landlords. They were the first to really get into real estate, although the Somalis have now taken over in certain estates.

It has been a running joke for several years on social media, how ugly the houses they build are.

Yes, they are doing a good job providing housing to Nairobians, but boy are they leaving eye-sores behind.

It has become so bad that the term ‘Kikuyu Gothic Architecture’ is been thrown around more frequently.

So what are the features of these house?

First is the incredibly small rooms. In a quest to maximize profits, many Kikuyu landlords will give you just enough room to say you live indoors. This extends everywhere from the sitting room, to the tiny kitchen and bathroom.

Another standard feature among Kikuyu landlords is the headache-inducing selection of tiles. This is probably the first lesson they teach in Kikuyu design schools. You have to select 5 different tile designs, with no flow whatsoever.

Having good old, plain tiles with neutral colors is crossing the line in the Kikuyu Gothic theory.

You will also find walls painted in all colors of the rainbow, instead of one standard color across all rooms. Occasionally, you will find items placed in the wrong places. Like a sink in the living room, or a toilet bowl in the kitchen.

And let’s not talk about the mini skyscrapers that have extremely narrow stairways and no lifts.

I went on Twitter and collected some of the finest examples. Check them out. 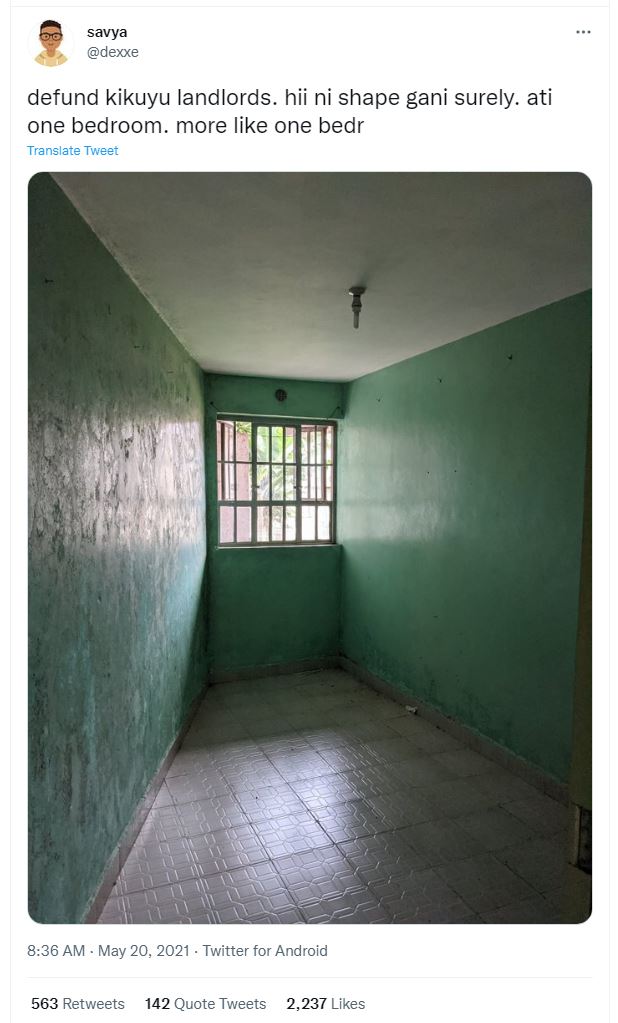 Prev1 of 19Next
Use your ← → (arrow) keys to browse
The Trending Tweets and Memes This Friday < Previous
Kenyans Working in Gulf Countries are Picked From Koinange Street – MP David Sankok Next >
Recommended stories you may like: