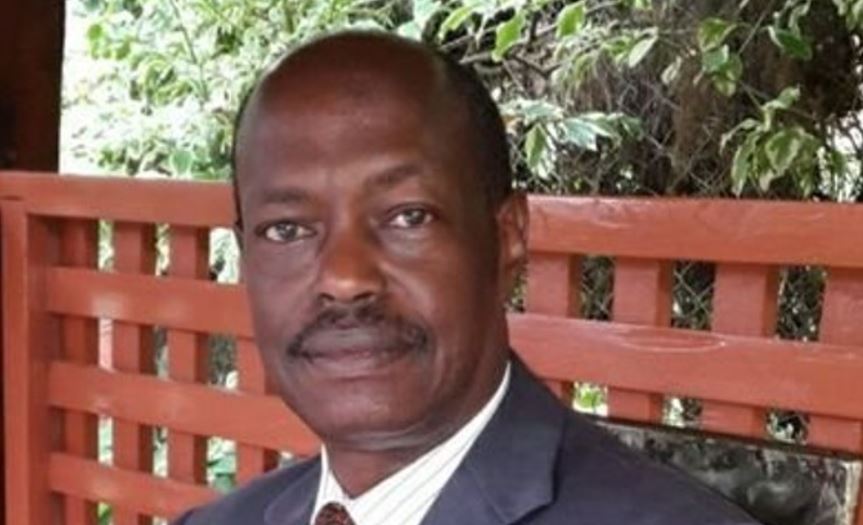 “A price to pay and the penalty for success.” Those were the bullish words of former Kenya Medical Research Institute boss Davy Kiprotich Koech after he was fined Sh19.6 million for corruptly acquiring public funds.

Senior Principal Magistrate Victor Wakumile, sitting at the anti-corruption court in Nairobi, found Koech guilty of transferring Sh19.3 Million from the bank accounts of the research institute to his personal accounts.

Koech reportedly spent the money set aside for research at the Centre for Disease Control in Kisumu to finance his children’s education abroad.

He committed the offence on August 7, 2006, at KEMRI offices in Nairobi when he was MD.

Koech faced three counts of abuse of office and fraudulent acquisition of public property contrary to the law.

In a ruling delivered on Wednesday, Magistrate Wakumile said if Koech is unable to pay the Sh19.6 fine, he will serve a six-year jail term.

The prosecution through Hellen Mutela asked the court to order Koech to pay the fine in full or risk serve a prison term.

But the convict’s lawyer, Denis Maina, pleaded with the court to grant his client the liberty of paying the amount in installments.

“We object the application for the fine to be paid in full, since the offence was committed 15 years ago. My client is however in a position to pay the amount in five instalments,” the lawyer submitted.

The magistrate ordered the scientist to pay the fine in two tranches of Sh9.8 million each starting October 15, 2021.

The office of the DPP also said it is dissatisfied with the sentence and will be seeking an enhancement of the same at the High Court.

Shortly after the ruling, Davy Koech issued a statement boasting about his achievements at KEMRI.

“Lest you forget, I left KEMRI at its peak performance and not on its knees as is generally assumed. A PRICE TO PAY AND THE PENALTY FOR SUCCESS!” He tweeted.

He also shared the statement below outlining his success at KEMRI. 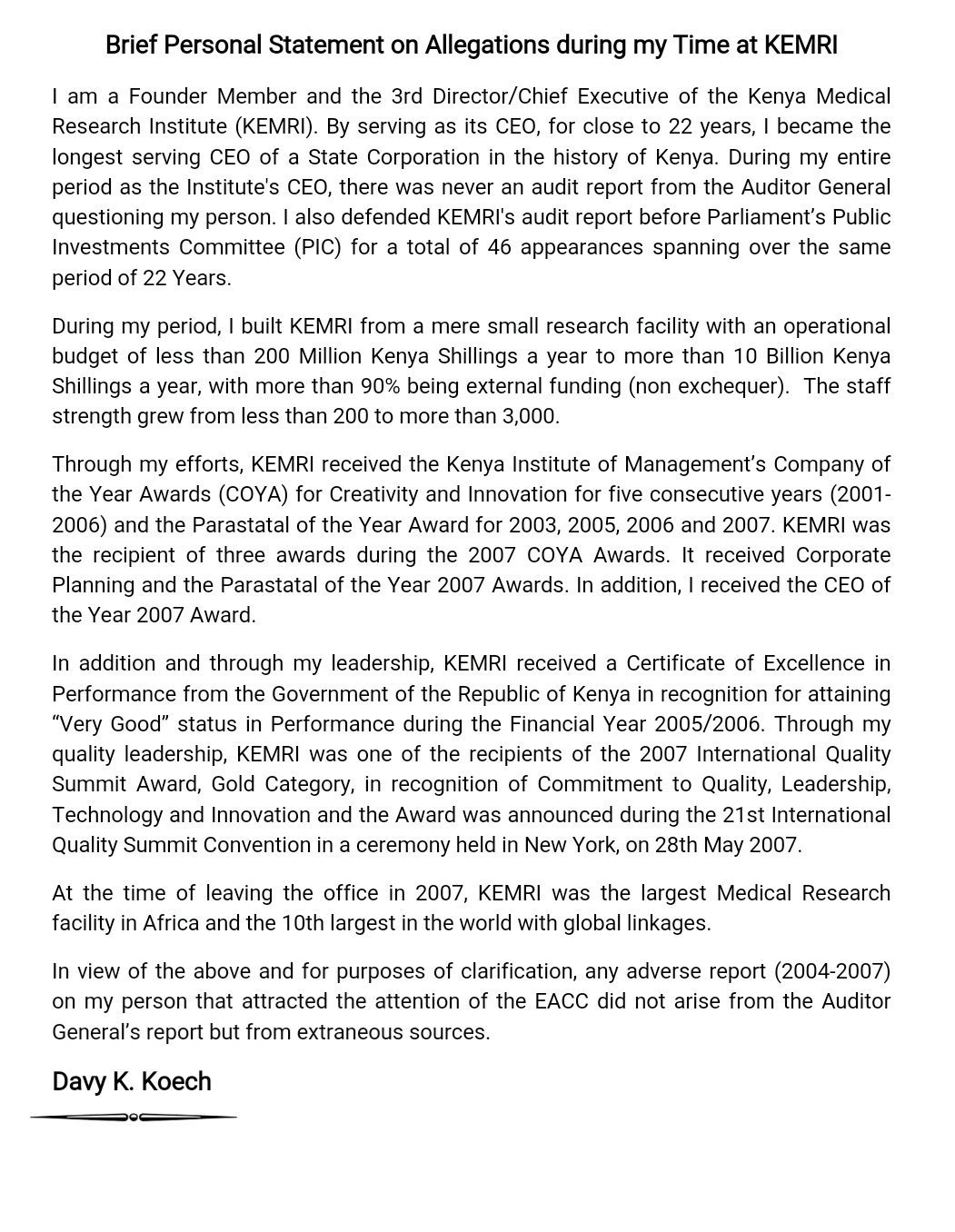