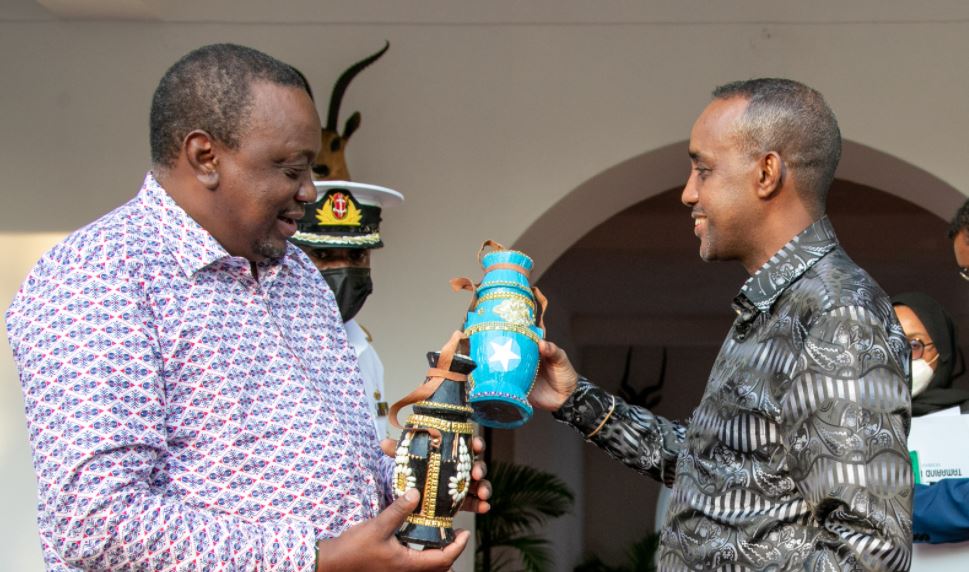 For the two countries to prosper, President Kenyatta, who led the Kenyan delegation at the bilateral talks, said there’s a need to collaborate more in areas such as security, trade and investment by fully implementing the 2015 Joint Commission for Cooperation (JCC).

“Prosperity of our people is key. Let us open a new page for our people by encouraging people-to-people and interactions,” President Kenyatta said.

He welcomed the restoration of the Kenya-Somalia diplomatic ties and underscored the importance of stability in national and regional development saying, economic growth is only possible in a peaceful environment.

“Without peace, there cannot be prosperity. Let us focus on providing services to our people. This can only be possible if we work together to root out terrorism. It’s time to improve trade and sort out immigration issues to allow increased people-to-people interactions,” the President told his Somali visitor. 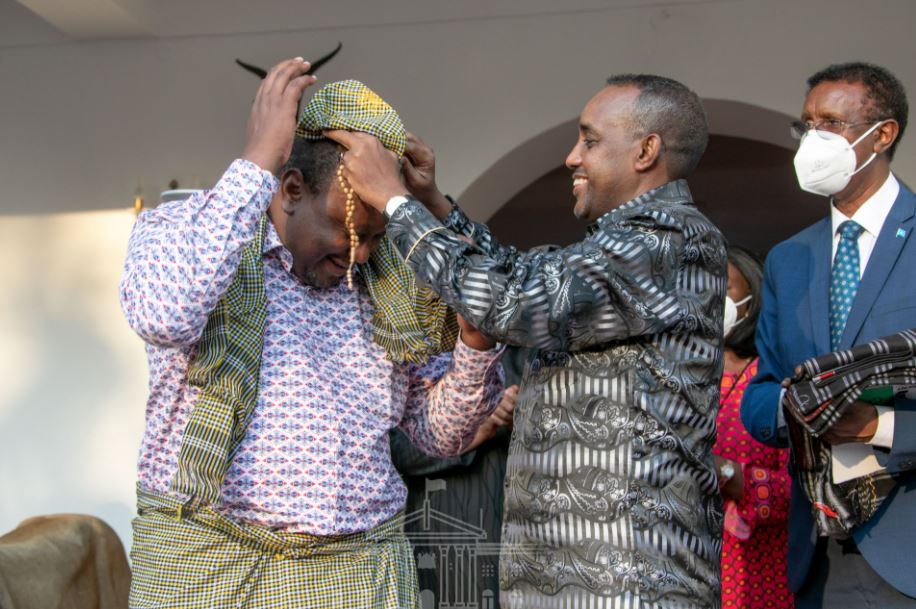 On his part, Prime Minister Roble regretted the recent deterioration of relations between Kenya and Somalia saying, it was an error for the two nations to forsake the vision of unity held by the founding fathers of the two nations.

He acknowledged the historical relationship that exists between Kenya and Somalia, saying the friendship is based on “good neighbourliness, cooperation, stability and mutual respect”.

“Today is the beginning of a strong and deep relationship of our brotherhood. Somalia will work hard to strengthen the Joint Commission for Cooperation in the interest of both peoples, their unity and stability and beyond the region and the continent,” PM Roble said through a translator.

“We will look for opportunities that lead to lasting stability and peaceful coexistence based on mutual respect and genuine cooperation while avoiding anything that could harm that relationship,” he assured. 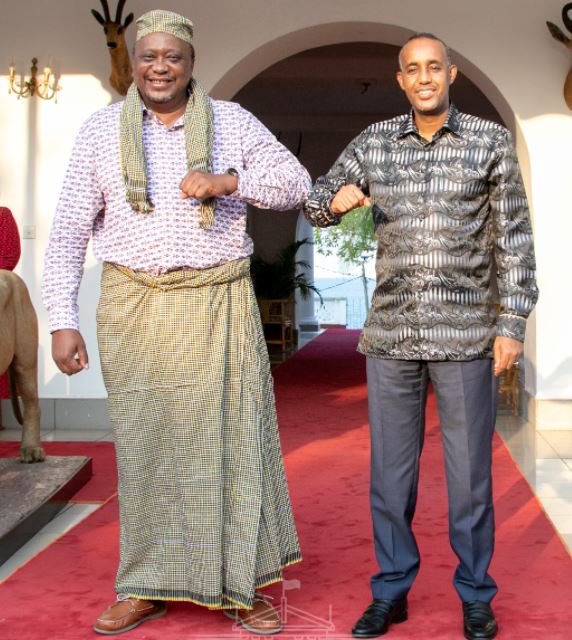 Brave Woman Helps Husband Wrestle AK-47 From Robber < Previous
Why Frankie and Corazon Don’t Live Together Next >
Recommended stories you may like: