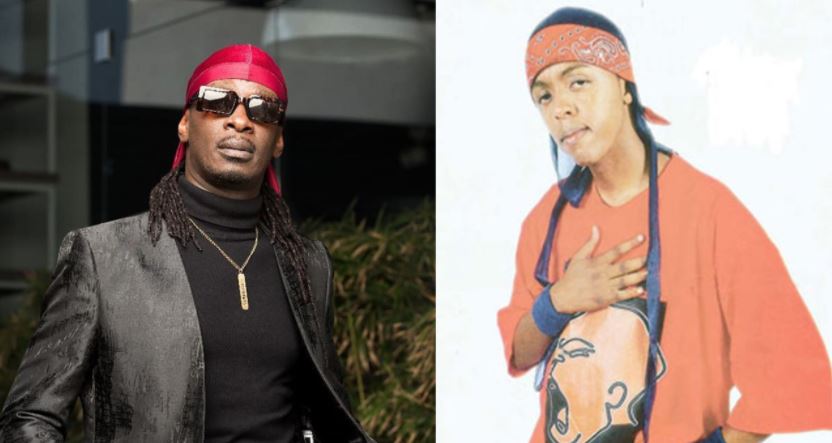 Musical artiste David Mathenge, alias Nameless, responded to a social media user who intimated that it would have been better had the singer died instead of the late rap star E-Sir.

Nameless and E-Sir were traveling from a concert in Nakuru in 2003 when the car they were in crashed, claiming the life of the latter.

Nearly two decades later, a fan reached out to Nameless saying E-Sir would have had a bigger impact than him in the Kenyan music industry had he survived the accident.

The fan criticised Nameless and Wahu over their docu-reality series, saying they should focus on music and not sideshows. 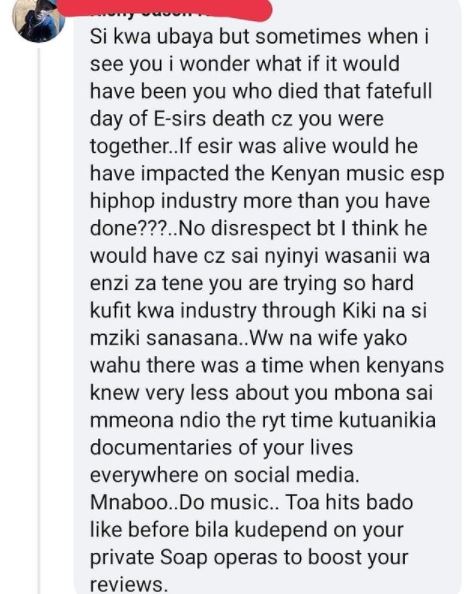 In response, Nameless noted that he rarely responds to trolls but he had to.

This was his reply:

“Every so often I see a comment and wonder if I should respond…I rarely do but sometimes I choose to respond .. this was my response …..
“I really debated about if I should answer this comment. However I will answer even if I think you could have phrased it better?? ..so here goes…first, I really don’t know why Esir had to die that day ?.

“I also wonder how it would be like if he was alive, I don’t know, I just do my best with what I have in the same way I know he would have done his best if it was him in my shoes. We had different strengths so I know his impact would be different but meaningful in its own way. I know for a fact if he ( Esir) is watching me he is proud of my journey because he knew what I was all about.????.

“On the issue of sharing more about our journey than before, this is because me and Wahu are at a stage in life we want to share some of what we have learnt along the way, for someone who is interested to learn something from our marriage and/or music journey and hopefully live a more effective life … We are in the halftime stage of life so we are Reflecting on alot about our first half of life, questioning and adjusting our different world views so that we live more effectively.

“Through capturing and sharing this part of our life journey, we know that someone can learn something from it.???? We also try to do this in the most positive, entertaining and authentic way that we know how. But we are also aware that not everyone will learn from our journey because we have different paths , different experiences and different stages of life…so if you don’t like it, I understand. Some people really appreciate it. And that’s how life works. Ama ???. ” #Tuzidii #haveApositivemindedweekAhead.”

Gloria Kyallo’s Boyfriend Gushes Over her on ‘Girlfriends Day’ < Previous
Nameless Addresses Claims of Fighting With Wahu in Shopping Mall Next >
Recommended stories you may like: