My Story Living With Lupus: Holding a Cup of Tea is a Miracle 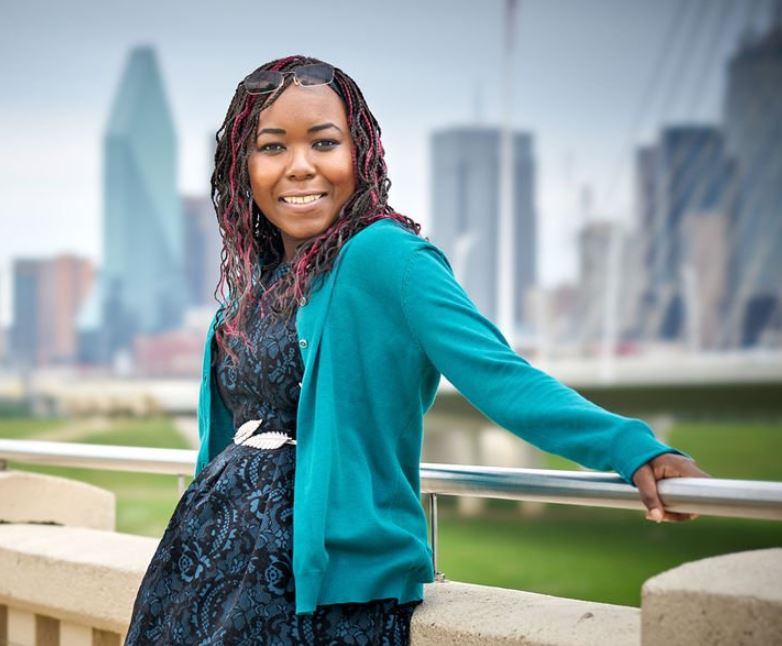 In 2017, Caroline Obala, 41, was diagnosed with Lupus, a chronic autoimmune condition caused when the immune system attacks its own tissues.

By the time of her official diagnosis, the mother of five and a network engineerwas was in a wheelchair and her my muscles had collapsed.

Obala, via Saturday Magazine, revealed what it’s really like to live with Lupus.

“For me, something as simple as holding a cup of tea or water is a miracle. I cannot open a bottle of water using my hands, I cannot jog or walk for a long time without being short of breath, and I cannot cook ugali or knead the dough.”

Growing up I only had anaemia, which was not serious, so I never went to the hospital for any treatments.

At 19, just a year after completing high school, I got pregnant and gave birth to my first child without any complications. I was in college but had to stay home due to the pregnancy.

My father had passed on in 1993, and my mother was alone raising five children with a teacher’s salary. But despite this burden, when I got pregnant, she wasn’t upset or angry. She took great care of me.

I would later on go back to school and study Advanced Diploma in Business Information Systems, where I graduated in 2000, before pursuing my Masters in Computer Science at the University of Hertfordshire in the United Kingdom. I graduated in 2013.

In that year, we relocated to Texas USA after my husband won a green card. This was the third country we had moved to after living for a while in Tanzania and the UK.

It was quite difficult to explain my lupus condition. I did not understand it myself. I shut myself in and stopped communicating with people. I’d see phone calls and ignore them, so I lost a few friends, but two or three kept in contact and visited me at home.

My journey with lupus officially began in January 2017. I started feeling a tingling pain in my hands. My fingers were swollen, my limbs became so weak that I couldn’t move them.

It took time and further medical tests before I was officially diagnosed with lupus in August 2017. By that time, I was in a wheelchair and all my muscles had collapsed. They started me on Lupus medication for which I was afraid to take due to the severe side effects. I then went to the UK for a second diagnosis, and they reaffirmed the earlier results.

My current boss physically saw me when I started experiencing pain. She even cut up my food for me when we were at the restaurant. This made it easier for me to explain what I was going through.

With support from my employer, I was given ample time off for doctor’s visits and was approved to work from home where the environment was safe. I had contracted acute bronchitis while at work and I was admitted. After that, I was able to work remotely.

In the USA we have FMLA (Family Medical Leave of Absence) which protects the employee if they must get treatment, which is quite different from Kenya where someone could easily be dismissed on medical grounds.

I had to start on the medication. Meanwhile, my body was aching and frail. I could not eat anything due to depression, so I became malnourished.

Then the unexpected happened. In July 2018 after going for my normal checkup, the doctor confirmed I was seven weeks pregnant. My current rheumatologist at that time was incredibly angry with me for being pregnant. She thought – and rightfully so – that I may have a lot more complications through the pregnancy.

On the other hand, we (my husband and I) had not planned to have any more children because we had already two boys and two girls. However, the pregnancy went smoothly, and I was in remission all through.

I was referred to a specialised fetal doctor by my Nephrologist. I gave birth to a healthy girl in March 2019 and she does not have lupus.

It took me very long before I disclosed my condition to my family. My mother was with us in the USA when I started having symptoms. She was a great help to me and my household.

In my second diagnostic opinion, my sister-in-law in the UK assisted me with doctors’ referrals and care while I was there.

I am not able to be physically present at the office because any bacteria and virus around, may cause me harm due to my compromised immune system. I use a computer for work, so my boss installed a dragon speech for my laptop which helped me to type when I had flares on my hands.

Though drugs are readily available in chemists here in the US and at less prices with an insurance cover, medication for this condition is still very expensive.

My husband and my children have been my biggest support. They cared for me at my worst and still do it to date. I was not able to do basic things like bathing or brushing my teeth, and they assisted me with almost everything.

During the pandemic, we took extra care so no one could get sick and make me sick. The children studied virtually from March 2020, until the close of school this May.

My husband and I worked from home. We cleaned and sanitised all groceries. We stayed indoors and did not allow the kids to go out and play with the others. They hated it but understood.

I also make my own natural drink that has helped me through the years from taking 18 prescribed medications to only four now. The drink is a mixture of lemon, ginger, turmeric root, cardamoms, cloves, cinnamon sticks, baobab powder, black pepper, moringa seeds powdered, and sometimes I add flax seeds.

Lupus medication has horrible side effects, that’s why I researched alternatives. But I advise people to listen to their bodies while trying something new. If it works continue if it reacts then stop. But always check with your doctor.

I also have been getting support from SCALD, an NGO where I am a board member. Here, we have been using our finances and donations to support lupus warriors.”

How I Became Head of Thomson Reuter’s Team Across 17 Countries at Age 33 < Previous
Meet The Co-founder of Digital Savings App ‘KOA’ Next >
Recommended stories you may like: