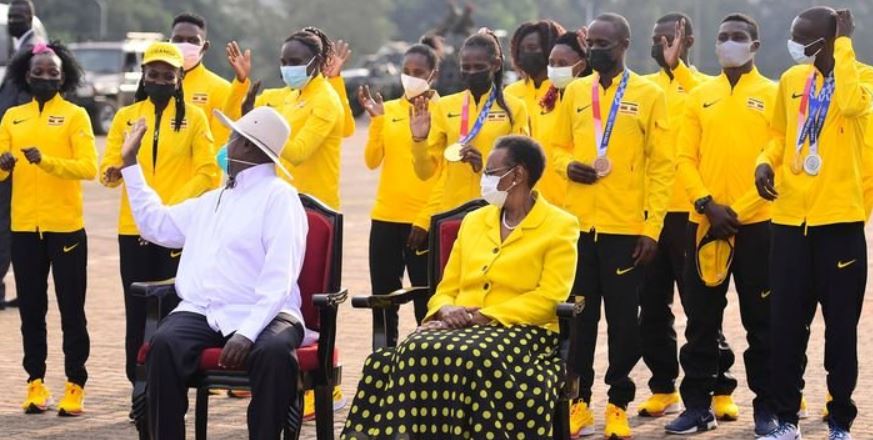 Uganda’s Olympic medallists have had their success rewarded in the form of brand new cars presented to them by President Yoweri Museveni.

The Head of State handed out the Mitsubishi Pajeros at Kololo Independence grounds on Wednesday.

The handover ceremony was the culmination of a State reception hosted by Museveni to thank the 25-man team that won four medals – two golds, silver and bronze – at the Tokyo 2020 Olympics.

A jovial Museveni also promised the medallists houses for their parents.

“I am a happy man now. You know happy men can be generous, I will give each one of them a vehicle,” he said.

Museveni added: “Then finally, I will build houses for the parents of these gold medal people.”

Joshua Cheptegei, the 10000m silver and 5000m gold medallist, received keys to a white Mitsubishi Pajero Sport and drove off with his wife, Carol.

Peruth Chemutai, the 3000m women’s steeplechase gold medallist, the first Ugandan woman to win an Olympic medal, received a blue Parejo Sport that was driven by her husband.

“I am so happy. I do not know how to drive but I will learn soon,” the 22-year-old athlete said.

Jacob Kiplimo, who scooped Bronze in the 10000m, drove off in a brand new grey Pajero Sportero L200. His wife and baby sat on the co-driver’s seat.

“This is what I have always wanted. This is now going to encourage us to work harder and bring more medals,” said the world half-marathon champion. 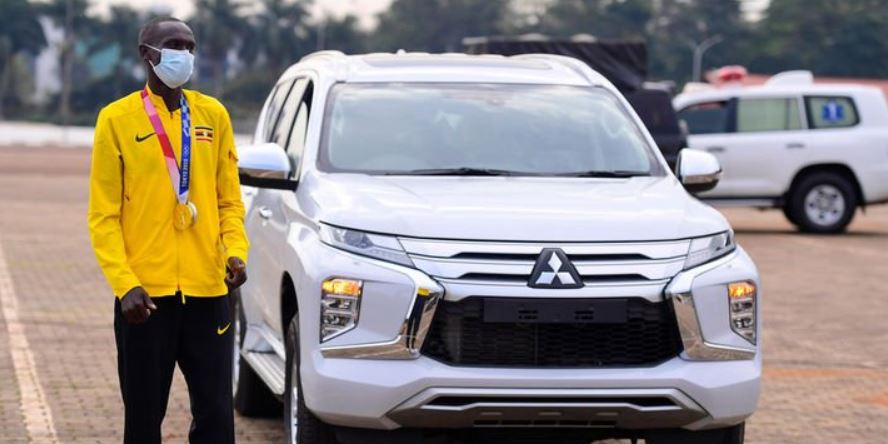 This is What’s Trending in Nairobi This Friday the 13th < Previous
Duale to Uhuru, “Emulate Kibaki and Stop Organizing the Opposition” Next >
Recommended stories you may like: