Bottom-up is in the Bible, DP Ruto Preaches 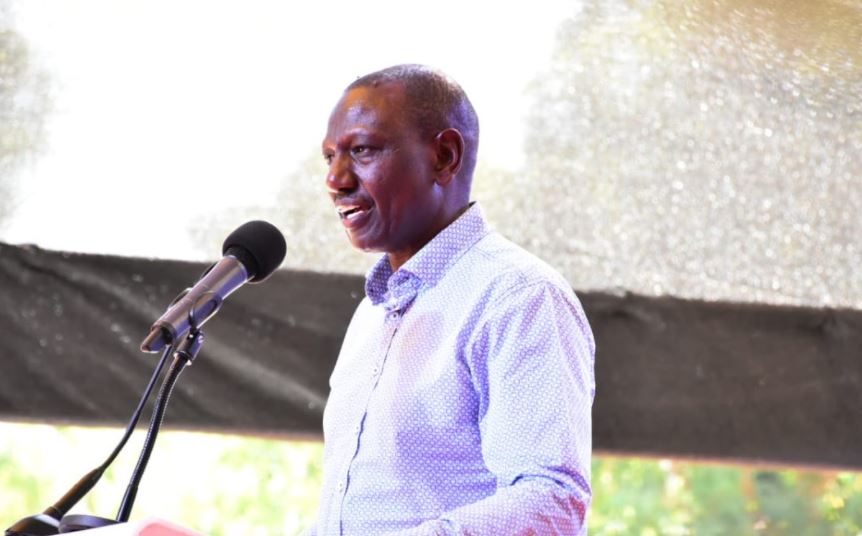 Deputy President has turned to the Bible to defend his ‘bottom-up’ economic approach which he is banking on to take him to State House next year.

Speaking during a church service at St. Francis of Assisi Catholic Church – Gatina, in Kawangware on Sunday, DP Ruto said his economic blueprint for the country is anchored on biblical teachings.

He said the stability of a country is built on the back of the common mwananchi.

“The stability and unity of a nation are built on a platform where every citizen can be the best,” Ruto said.

Adding: “The stability of a nation is going to be meaningful if the conversation is not about leaders and how they are going to create opportunities for themselves.”

Ruto went on to quote a Bible verse – Psalm 113 verse 7-8 and said: “bottom-up is in the bible. The word of God says that the Lord will raise the poor from the dust and make them dine with kings and princesses.”

The DP averred that the politics of alliances based on power-sharing deals is outdated, adding that an equal society is created when the interests of common citizens are taken into account.

The Trending Pics and Memes This Monday < Previous
Lilian Ng’ang’a Demotes Governor Mutua to Friendzone Amid Rumored Affair with Juliani Next >
Recommended stories you may like: