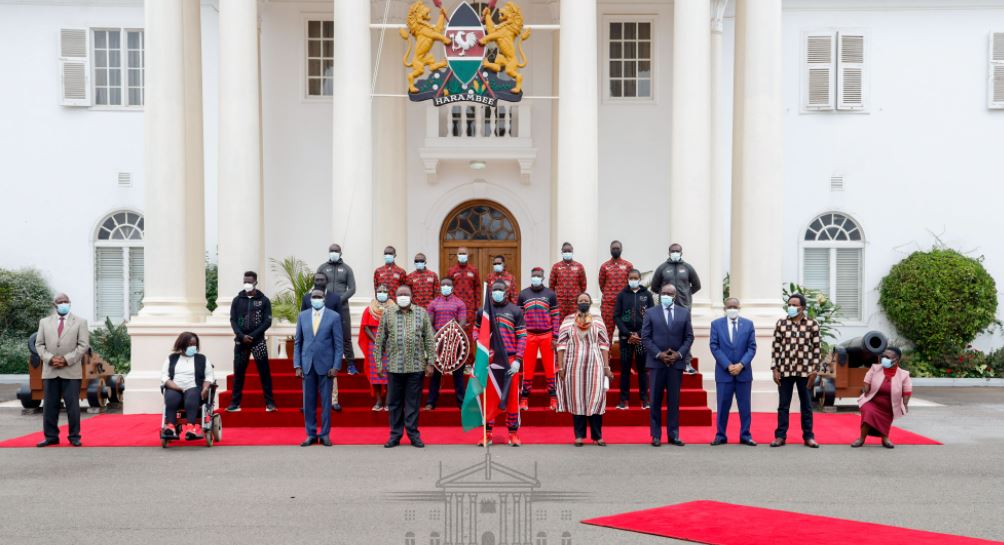 President Uhuru Kenyatta has called on the national team to the forthcoming Tokyo Olympics to represent the country well by being good brand ambassadors.

The President told the contingent of 113 athletes to uplift Kenya’s reputation in the community of nations by being disciplined and carrying themselves with dignity.

“I ask you to be great ambassadors of our country. I expect you to work hard and together as Team Kenya towards building a stronger sporting sector and to bring glory to your country which I believe thereafter will inspire and nurture those who come in future,” the President said.

The Head of State spoke on Thursday at State House, Nairobi when he handed over the national flag to Team Kenya for the 2020 Tokyo Olympic games.

Team Kenya to the delayed Summer Games will be captained by rugby player Andrew Amonde who received the flag on behalf of the team from President Kenyatta.

Once again, the President reiterated the Government’s commitment to the development of sports in the country saying, the sector promotes the values of hardwork and service to the nation.

“The 2020 Tokyo Olympics is another opportunity for us to promote these qualities that position us for success in the sporting world,” the President told the athletes and assured them of continued Government support throughout the games.

He congratulated the team for qualifying to represent the country, and wished the athletes success in Japan saying Kenya, is counting on them to win trophies.

“On my behalf and on behalf of the Government and the people of Kenya, I wish each and every one of you success as you head to Tokyo. We all look forward to welcoming you back home to celebrate your win at the 2020 Olympics,” the President said.

The President thanked Team Kenya’s sponsors led by East African Breweries (EABL) and Safaricom for their continued investment in sports. The two indigenous Kenyan corporates have sponsored kits to be used by Team Kenya during its stay in Japan.

Presenting the team to the President, Sports CS Amina Mohamed announced that for the first time in the history of Kenya’s participation in the Summer Games, the Tokyo-bound athletes are fully kitted for the entire duration of the Olympics.

“This is an accomplishment which, we hope, will promote the team’s morale and enhance our image on the global stage,” CS Amina said in reference to the kits sponsored by EABL and Safaricom.

The Sports CS informed the Head of State that the country’s 2020 Olympics team had undergone a rigorous selection process and exuded confidence of good results. 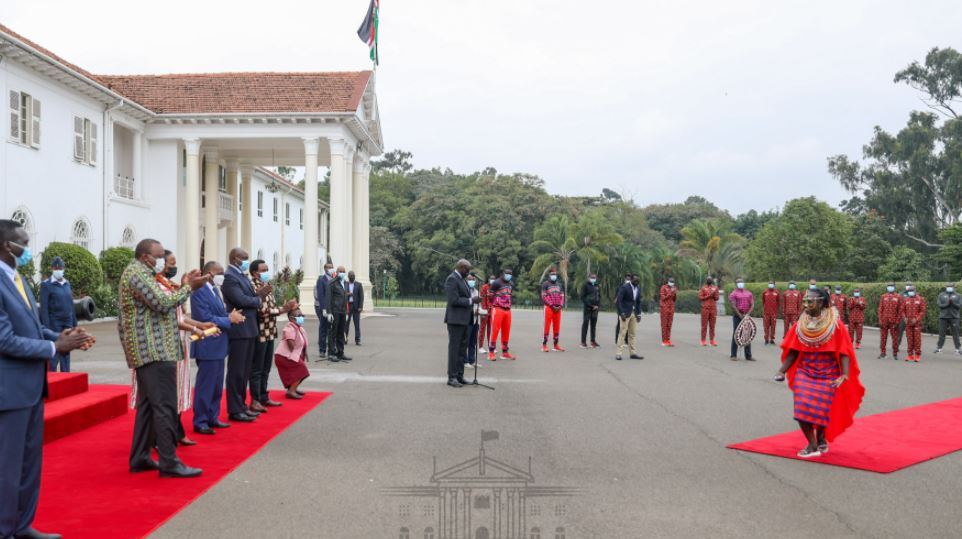 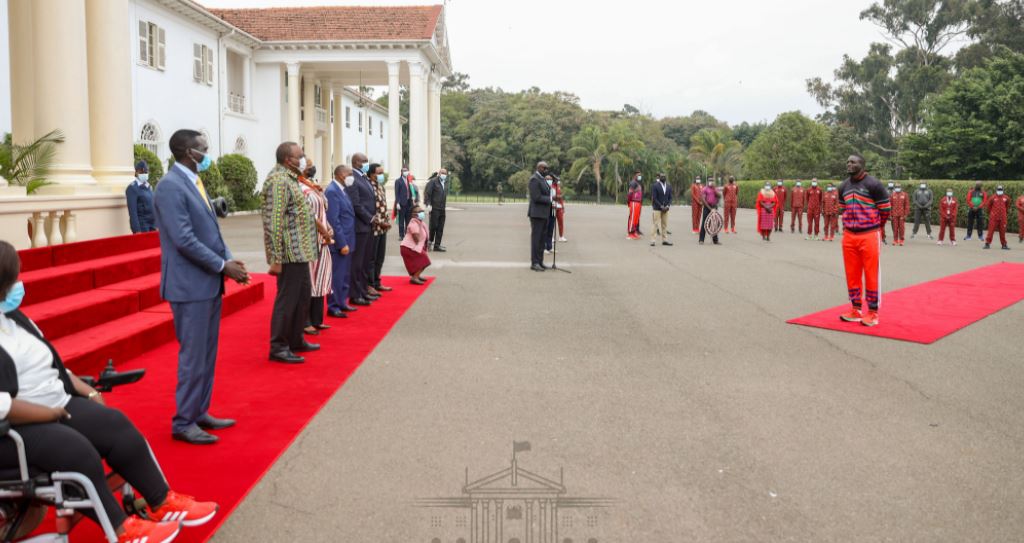 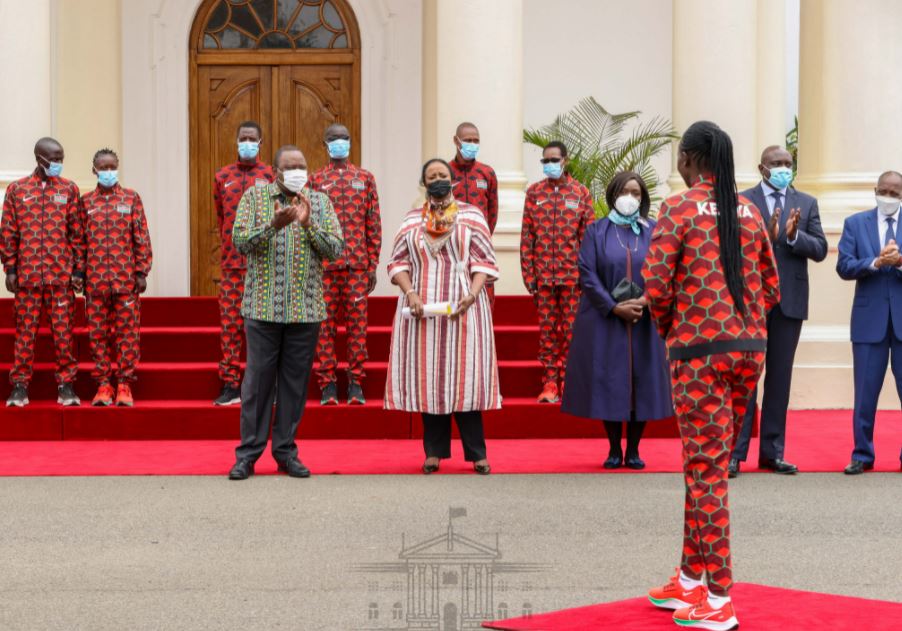 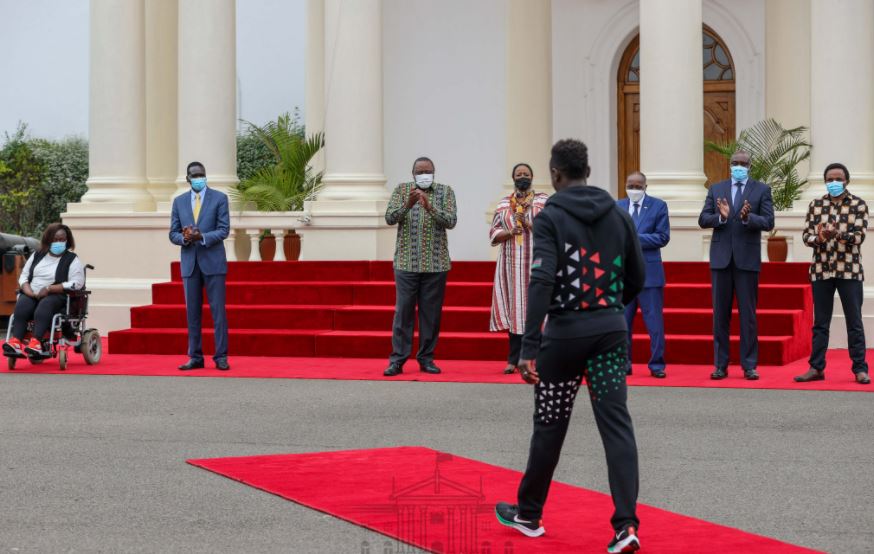 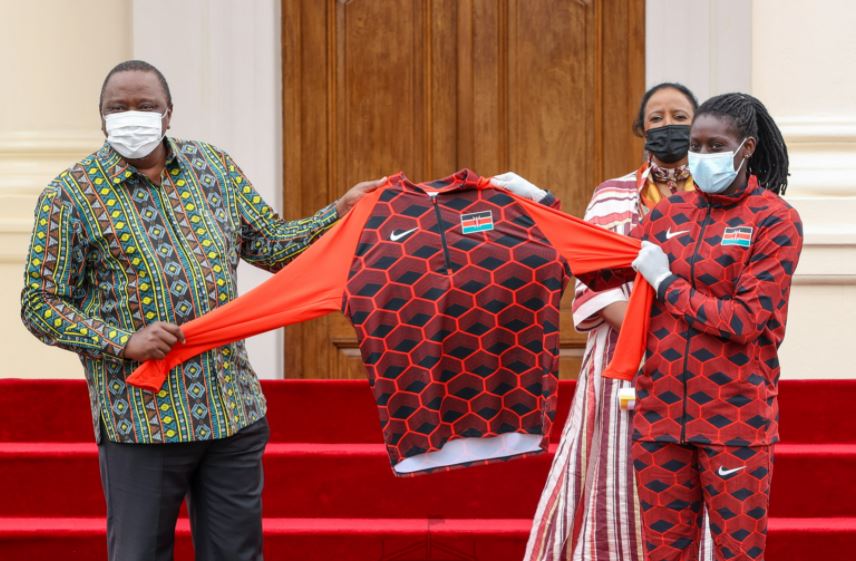 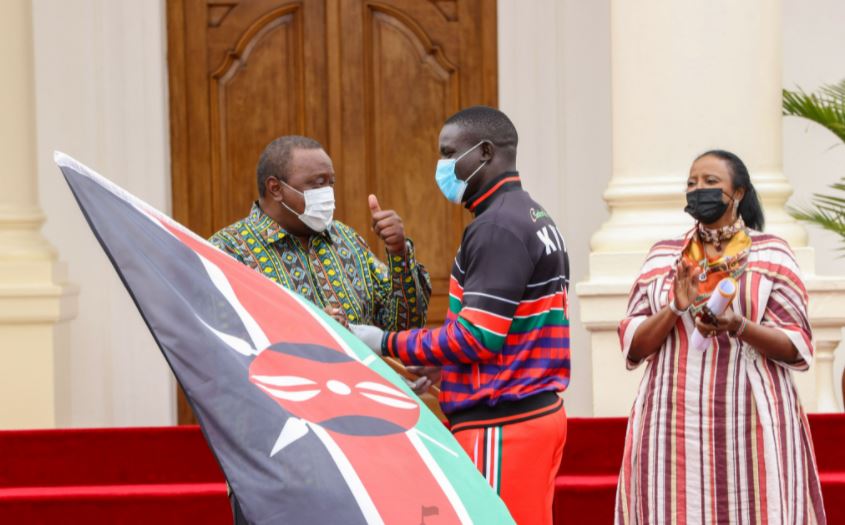 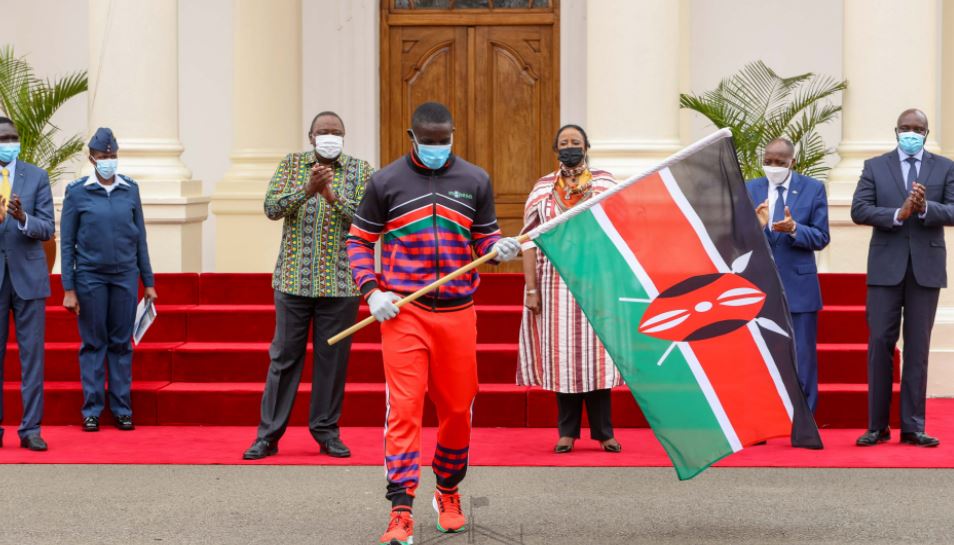 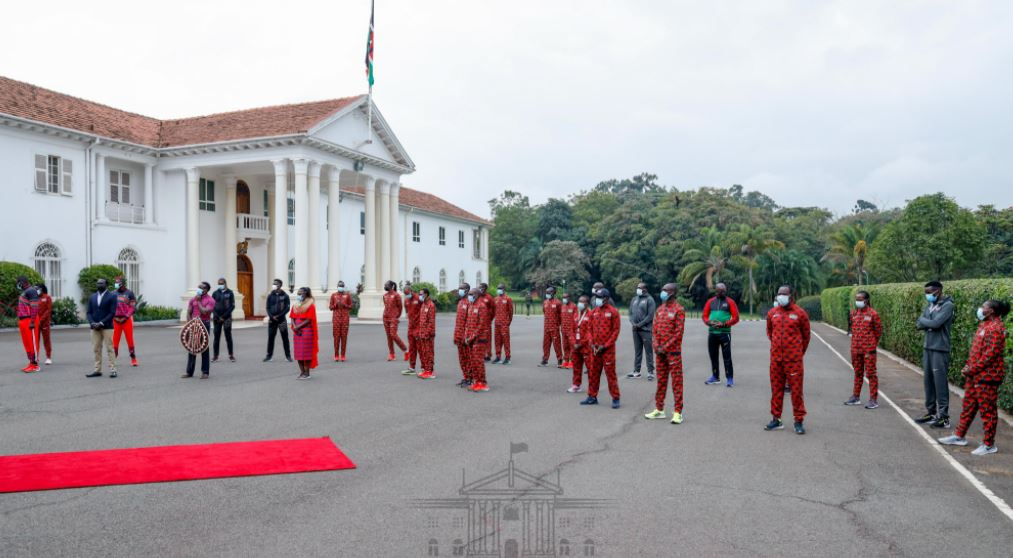 Raila Says Kenyans Are Concerned About His Stance on Corruption < Previous
CRAZY: Funny Memes Going Viral on Social Media Next >
Recommended stories you may like: