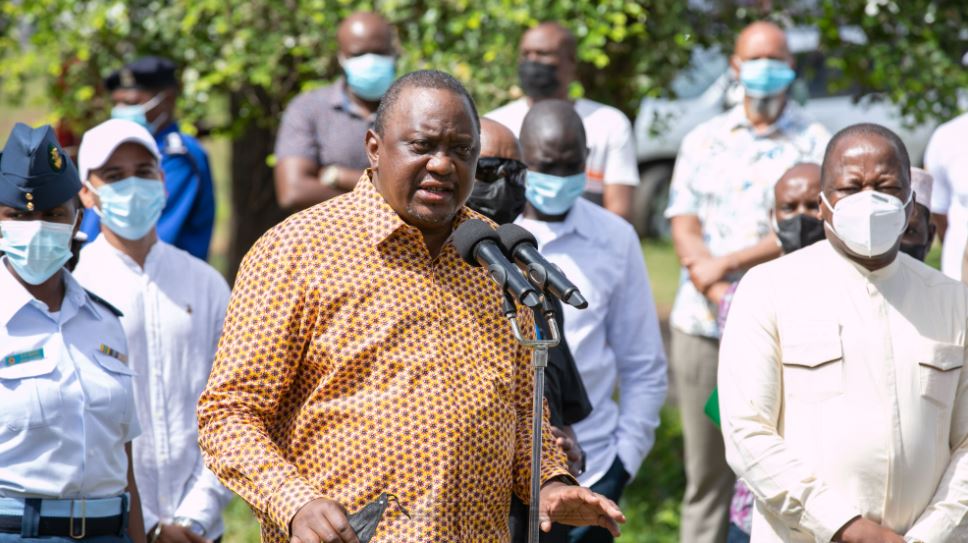 President Uhuru Kenyatta has called for the intensification of the fight against malaria and other diseases ravaging Africa even as the continent tackles Covid-19.

The Head of State spoke Thursday at the Kenya Medical Research Institute (KEMRI)-Wellcome Trust Station in Kilifi County where he unveiled the first locally manufactured malaria rapid diagnostics kit developed by the institute.

“We have a good number of diseases that we still have to overcome and we are here to overcome that. Even as we continue to partner with you (KEMRI) on Covid-19 work, let us not lose focus on the other areas that you have been working very hard on,” the President said.

The Head of State hailed KEMRI for its leading role in the fight against malaria in Kenya and challenged the research institution to continue innovating technology-driven methods of defeating the vector-borne disease.

“We have seen many countries especially Cuba where they have home-grown initiatives in an island that had sanctions and managed to eradicate malaria from the entire island. I believe we can do the same by working with the brains that are in KEMRI and elsewhere,” the President said.

President Kenyatta, who is the current Chairman of the African Leaders Malaria Alliance (ALMA), called for collaboration of African countries in the fight against malaria noting that no single country can eradicate the disease on its own.

The Head of State, who also announced World Health Organization’s (WHO) pre-qualification of Kenya’s first locally made anti-malaria drug, said the country had intensified its fight against the disease by enlisting the support of young people through the Kenya Malaria Youth Army.

He called for more collaboration between the government and the private sector in research, local manufacture and marketing of health products so as to create jobs and grow the economy.

On leadership challenges at KEMRI, the President said the Government was keen on reforming the agency and urged the new management team to ensure it restores KEMRI’s global reputation as a world-class research institution.

Earlier, at Mutondia village, the President unveiled the Kenya-Cuba Malaria Vector Control Project, officially launched the Kenya Malaria Youth Army and witnessed a demonstration on the use of drones in spraying larvicides on mosquito breeding sites.

The President, who is on the second day of his working tour of Lamu, Kilifi, and Mombasa Counties, was accompanied by Health CS Mutahi Kagwe, and was received by several Kilifi and Coast leaders led by host Governor Amason Jeffah Kingi. 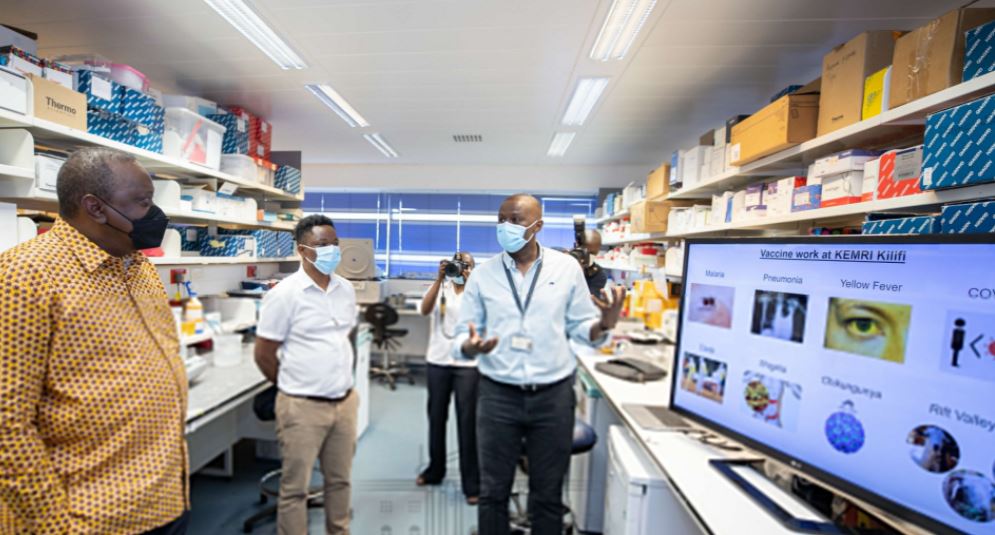 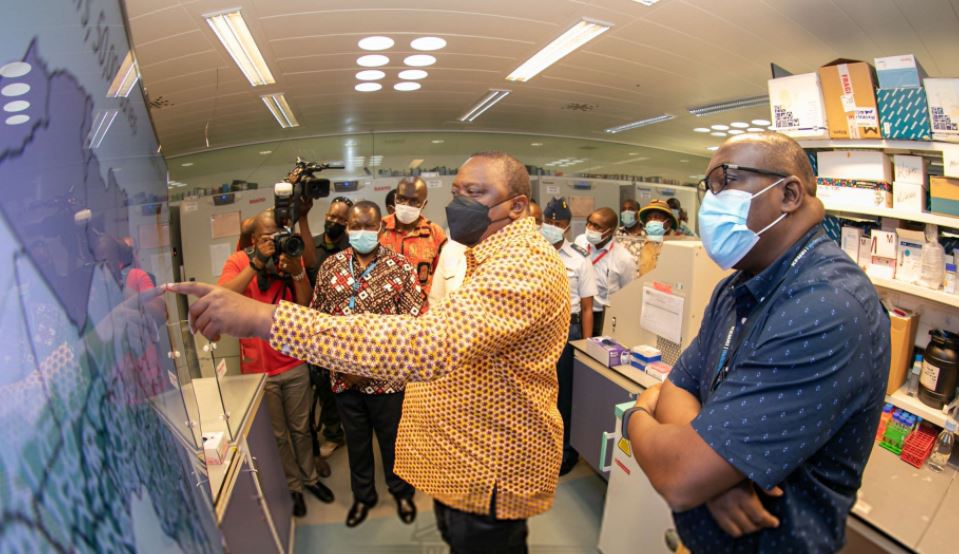 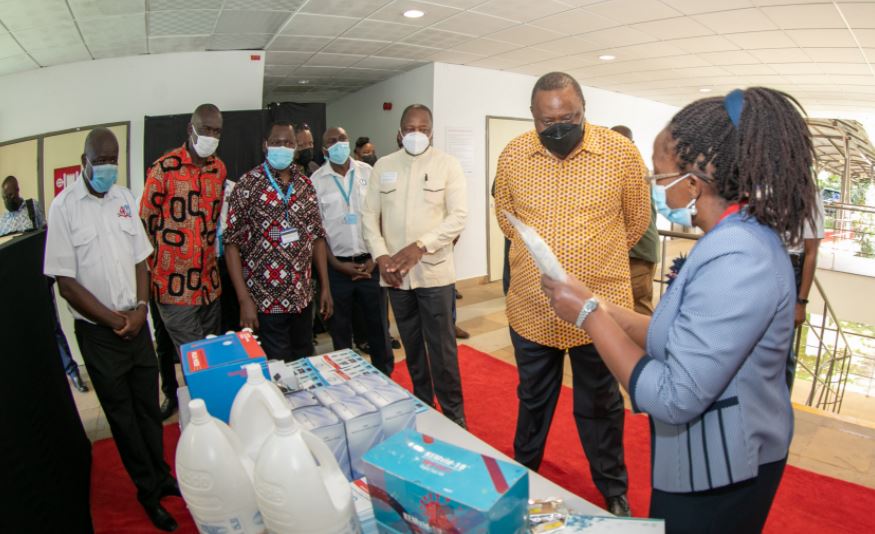 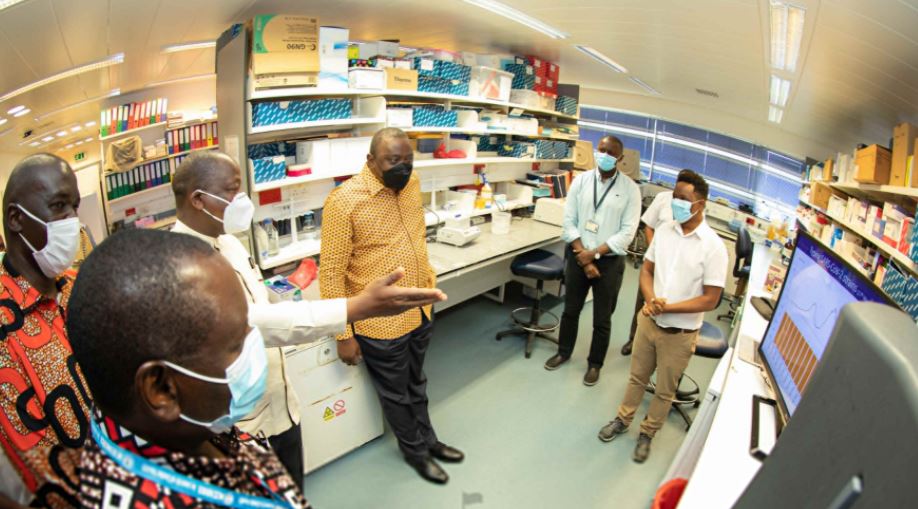 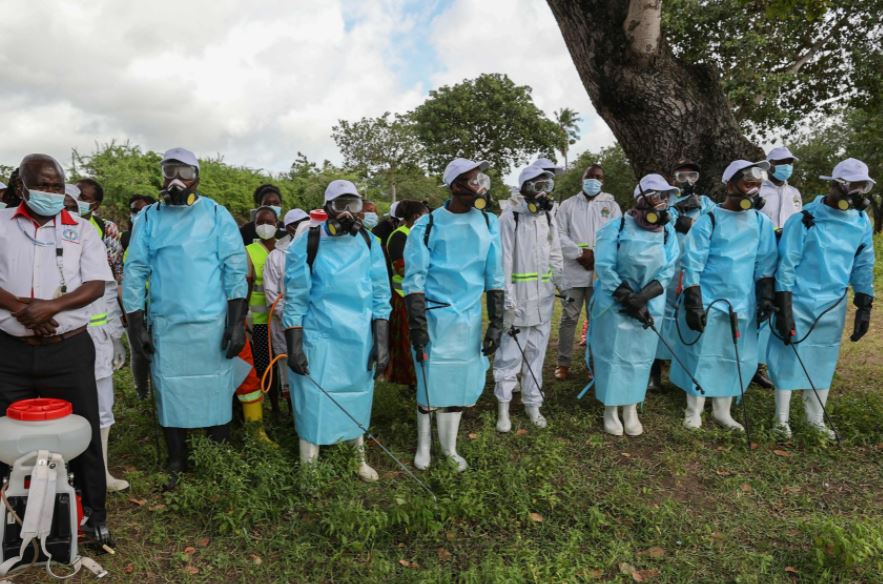 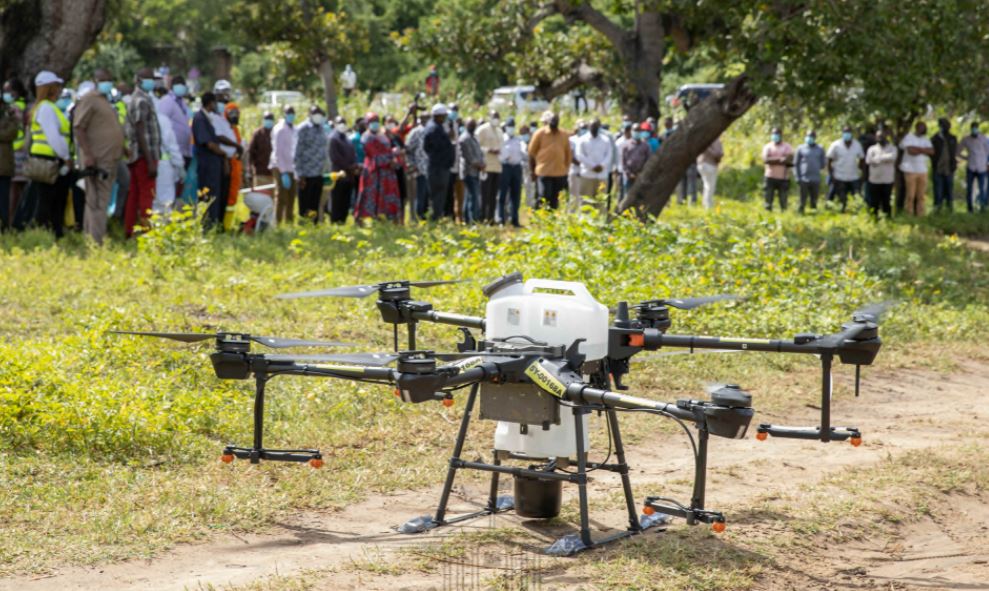 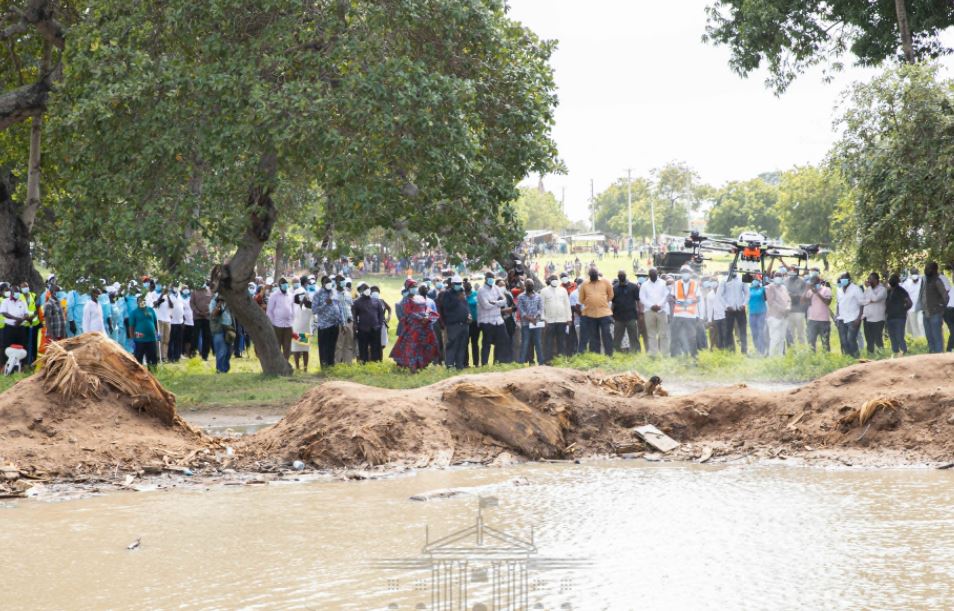 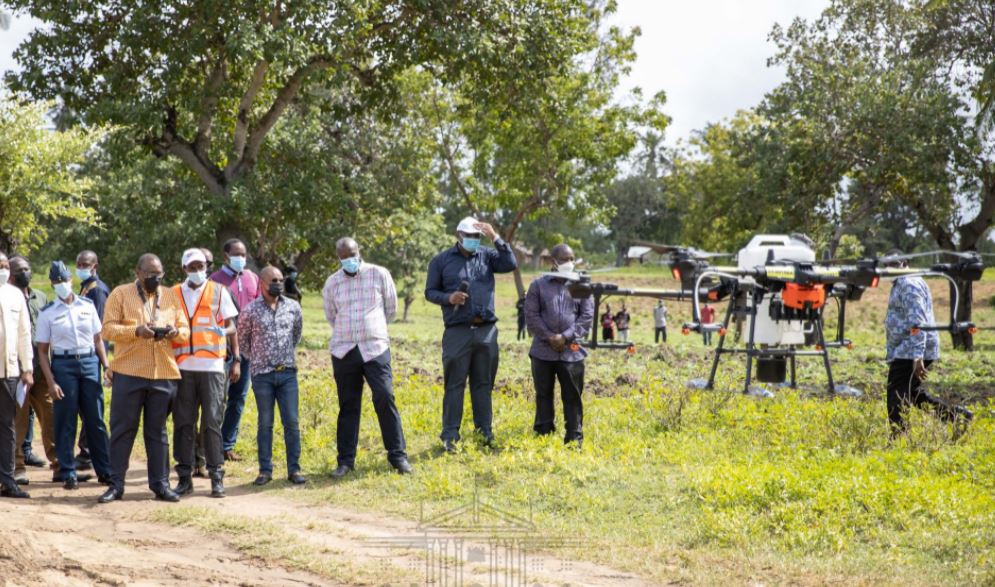 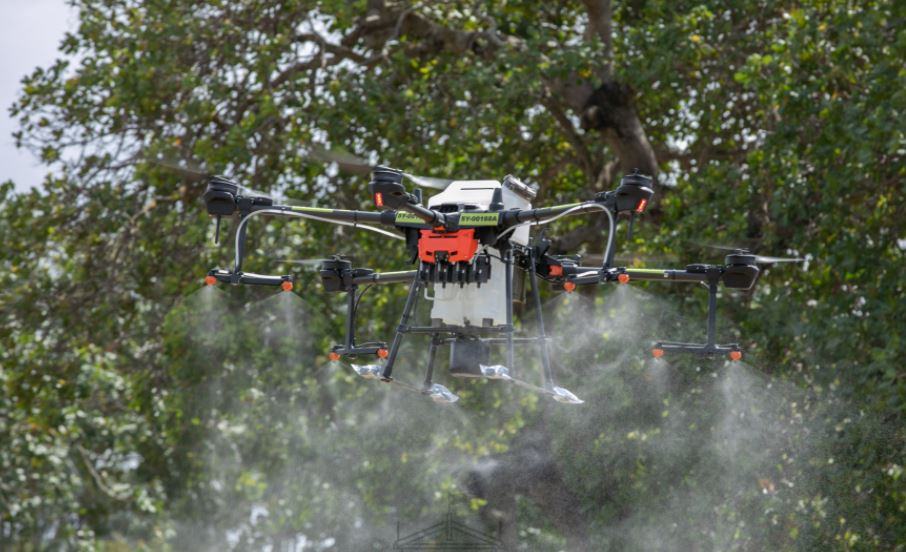 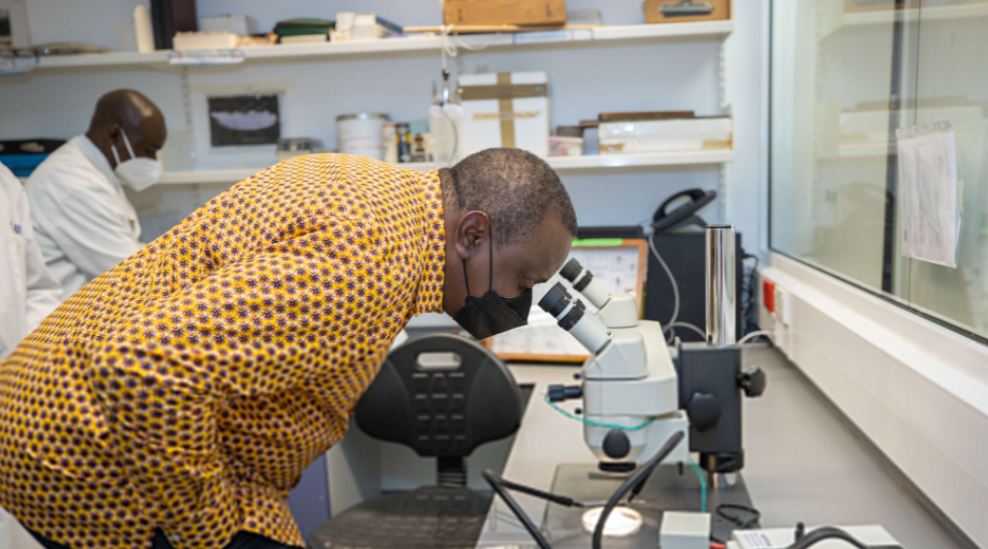 Man Hurls Grenade at Ex-Girlfriend But Hits Another Man’s Genitals < Previous
How a Lost ID Cost a Man his Marriage, Sh700,000, Family and Health Next >
Recommended stories you may like: