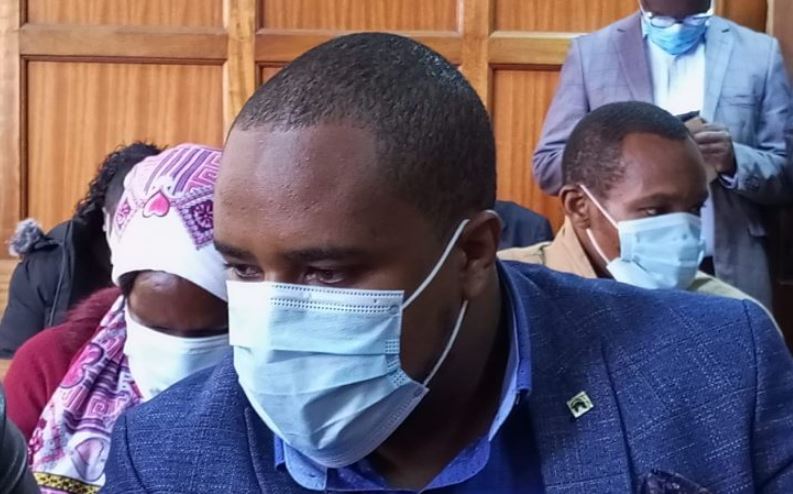 Dickson Njanja Mararo, a civilian firearm holder who opened fire at Quiver Lounge along Thika Road, Nairobi has been charged with attempted murder.

Mr Mararo appeared before Milimani Chief Magistrate Martha Mutuku on Thursday, where he denied three charges of attempting to kill two police officers and a woman.

A charge sheet filed in court stated that on July 2, 2021, at about 10 pm at Quiver lounge in Kasarani sub-county, Njanja attempted to cause the death of officers Fetus Musyoka, Lawrence Muturi and waitress Felistas Nzisa by shooting them at a close range.

A police report indicated that Dickson Mararo confronted the police officers, demanding to know why they were laughing at him. The accused had also claimed that the cops were pestering his girlfriend.

The officers reported that the 28-year-old also accused them of looking at him in a demeaning manner while he was in the company of his girlfriend.

“At around 9:30 pm, though I can’t remember the exact time, there was a guy unknown to us who approached and asked, ‘why are you laughing at me?’ We told him we were discussing our issues and not laughing at him,” the officers said in their statement.

As the cops were exiting the establishment, the accused person opened fire discriminatively, Lawrence Muturi said in the statement.

The prosecution told the court it intended to oppose the release of Njanja on bail pending the hearing of his trial.

They are seeking until Tuesday next week to file an affidavit detailing the grounds to have him denied bail.

The court also heard that officer Musyoka who was shot in the neck is still admitted in critical condition despite undergoing surgery.

President Kenyatta Hosts Marsabit Leaders Over Violent Conflicts < Previous
Cop Arrests Student Over Mask, Sodomizes Him, Then Gives Him Sh200 Next >
Recommended stories you may like: