Raila: Midiwo Appeared To Be Smiling But He Was Dead

Raila Odinga on Thursday paid tribute to his cousin, former Gem MP Jakoyo Midiwo, saying he will dearly miss him.

Speaking during a memorial service at Citam Valley Road church, Raila said he last talked to Midiwo on Thursday following the death of Midiwo’s elder sister.

“The last time I talked to him was on Thursday and we had lost a sister…Midiwo asked me not to attend the burials because my presence would attract many people and would go against MoH protocols,” he said.

So after burying late Kibwezi MP Kalembe Ndile on Friday, Raila decided to rest instead of traveling for the burial on Saturday.

“On Monday evening I received a phone call from his sister..she calls me sobbing and told me that Midiwo is dead,” Raila narrated.

“I could not believe it and she told me that they went to see him at the ICU and they talked then they left. As they walked they were told to rush back that Midiwo had died.”

Raila said he then rushed to the hospital, where Midiwo appeared to be smiling at the ICU.

“When I went to the ICU, I found Jakoyo (Midiwo) lying there. He actually appeared to be smiling, and I thought that I could talk to him but he was dead. I didn’t know how to conduct myself,” he said. 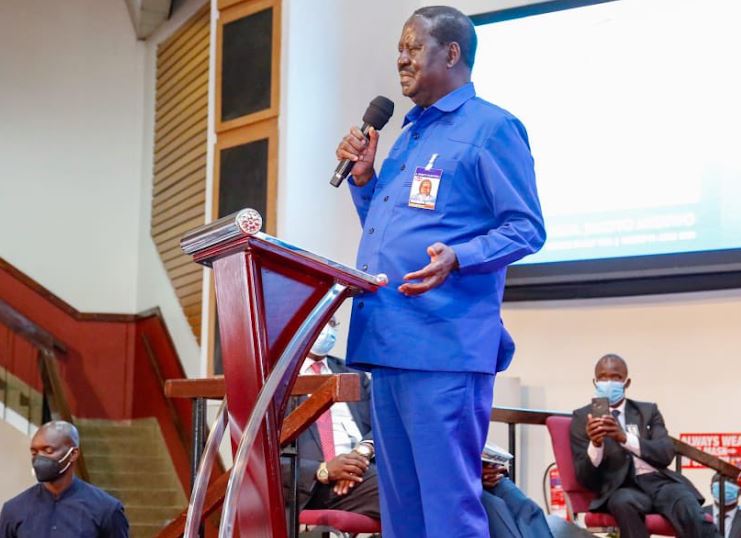 The ODM leader said Midiwo was more of a friend than a cousin. He mentioned that when Midiwo was studying in the US, he took care of his(Raila) children.

“When he was there he stayed and looked after my children Fidel and Rosemary and other children as well,” he said.

“He protected them in the US so there are so many intimate things we have done with Midiwo. When he came back he was in business and then told me he wanted to join politics.”

Raila went on to add that: “I will dearly miss Jakoyo Midiwo. He had a rare ability to work across the aisle and got along with members from across the political divide,” Raila added.

“He was a true Kenyan..he had a clear vision as to what Kenya should be..he used to express it emotionally.  He was not to be pushed back. It is in our blood. You can trace it back to our parents and grandparents,” he said.

Father of Late Willie Kimani Fears He Will Die Before Getting Justice For Son’s Murder < Previous
These are the Most Hilarious Naivasha Memes and Tweets Next >
Recommended stories you may like: