‘It Felt Like the Right Thing’: Why Fancy Fingers, Lady Mandy Chose a Home Birth for their Baby 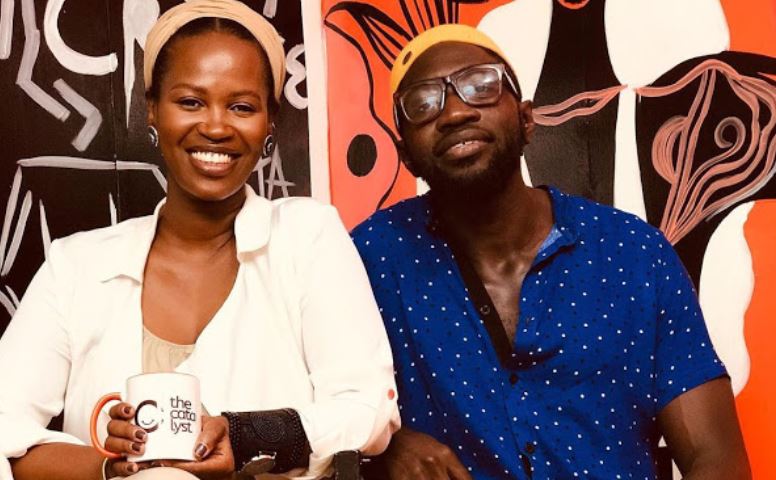 The couple opened up about their natural childbirth in a recent episode of ‘Sol Generation’, revealing why they chose to deliver Baby O in the comfort of their home.

“It felt like it was just the right thing. I wanted to allow my body to do what it is meant to do without interference,” said Lady Mandy.

Before the delivery date, she said they were taken through a series of activities to do to help in the contraction of muscles.

“We had the classes and that helped us so much. I learnt very quickly but I did not know how to breathe. Two weeks passed and our midwife tells us we need to be induced into labor naturally,” said Mandy.

Fancy Fingers added he was advised to put cloves in Mandy’s food and give her raspberry leaf tea.

The guitarist noted the idea of a home birth came up as he remembered a friend who had given birth at home.

“I remember Mandy mentioning about someone asking about home births and that there were midwives around the country,” he said.

“What sealed it for me is that I have had to make decisions that are for the best interest of my child by taking care of myself because I am growing a human being inside me,” added Mandy.

On the day of Baby O’s arrival, the couple said they had an ambulance outside their home.

“The ambulance was a proper backup plan and that made us safe and that everything was going to be okay,” Polycarp said.

Polycarp and Lady Mandy welcomed their son in their bedroom.

“The moment the midwife said she could see the head of the baby. I think that was the magical word I have ever heard. Coz I knew finally, this is our end. I could not believe that I was holding someone who I have had conversations with, someone I have had moments with that were only for us.”

She added: “The plan was never to give birth in the bedroom in the first place but we did it from there. No word in the whole world can ever explain labor.”

Polycarp on the other hand said he wailed when he first met Baby O.

“I fell on the floor wailing like a small child. everyone was looking at me wondering what was wrong with me. I took him and held him on my chest, I cannot forget that feeling. it was the most amazing feeling ever.”

Baby O is now seven months old. The Sauti Sol composer said his son usually wakes up at 6 am and he has to wake up with him to give his mum time to sleep.

“We usually have that first hour vibing and having a good time together, staring at each other.” 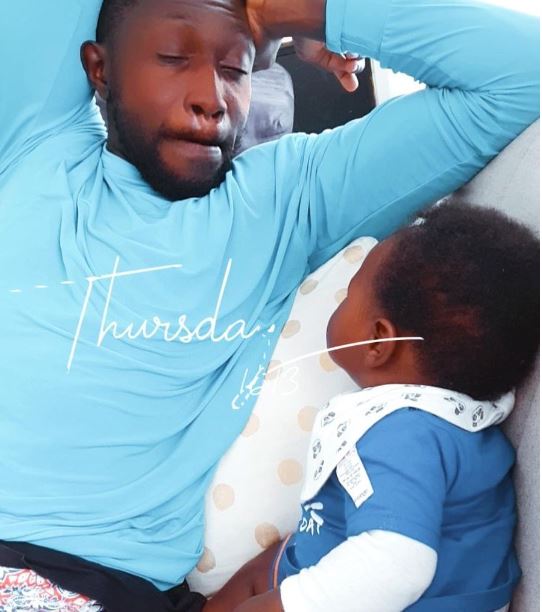 Professor Hamo Owns up to his Mistake, Apologises to Jemutai and Fans < Previous
Uhuru Calls For More Partnerships Between Kenyan And American SMEs Next >
Recommended stories you may like: