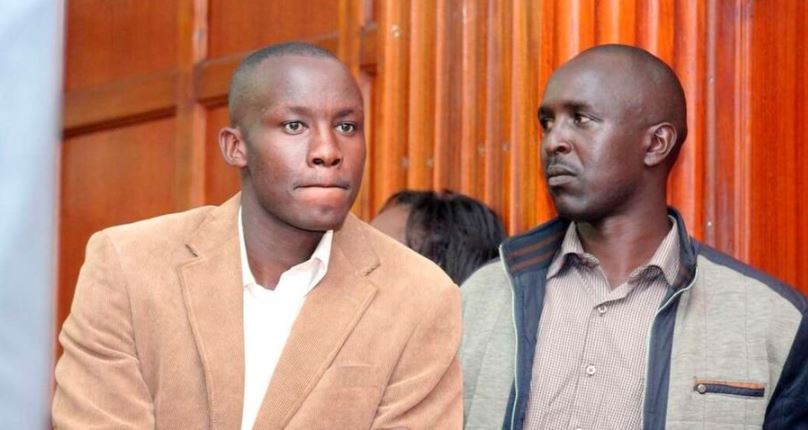 The high court in Nairobi has finally delivered justice for a woman who was shot dead by police officers at City Park in 2018.

The conviction comes a fortnight after Lady Justice Mutuku found the pair guilty of manslaughter over the killing of Ms Janet Wangui Waiyaki on the morning of May 20, 2018.

The court also rejected the former officers’ pleas for a non-custodial sentence.

In their pleas, Chirchir and Kirui regretted the shooting saying they should have acted differently on the fateful day.

Kirui, 28, told Justice Stella Mutuku he is a father of two and the custodian of his two siblings.

“He pleads for a non-custodial sentence. He is also deeply sorry for what happened,” his lawyer informed the court.

36-year-old Chirchir on the other hand said he is also a father of two. He told Justice Stella that the children aged seven and one-year-old and his aging mother depend on him.

Chirchir mentioned he was in the police service for 10 years, where he served diligently.

Meanwhile, the prosecution asked the court to consider that the deceased Janet Wangui Waiyaki lost her life at 41 years, leaving behind two young children.

“The children will live the rest of their lives without the care of a mother. The young one has been waiting for the mother to come back,” the prosecutor submitted.

The convicts have 14 days to appeal the sentence.

There are Three Covid-19 Variants of Concern in Kenya – Reserchers < Previous
Government Speaks on Man who Obstructed Presidential Motorcade in Kasarani Next >
Recommended stories you may like: