Akothee Blasts Tanzanians for Mocking her over Rich List 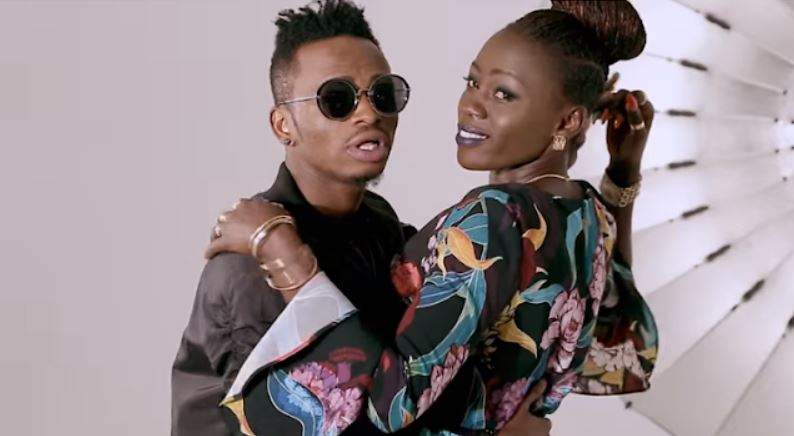 A fictitious list ranking Africa’s supposed richest musicians is apparently still a topic of discussion in the Tanzanian entertainment circle.

In April, a Nigerian website published the list purporting to have been created by Forbes Africa but our independent sources established otherwise; Forbes Africa did not create the list.

Nonetheless, the Rich List caused quite the stir a little in East Africa over a week ago after Kenya’s Akothee and Tanzania’s Diamond reacted to their alleged ranking.

Akothee was the happier of the two after she was ranked 15th with a supposed net worth of 10 million dollars. Diamond on the other hand bashed “Forbes Africa” for placing him in a distant 28th position with an alleged worth of 5 million dollars. 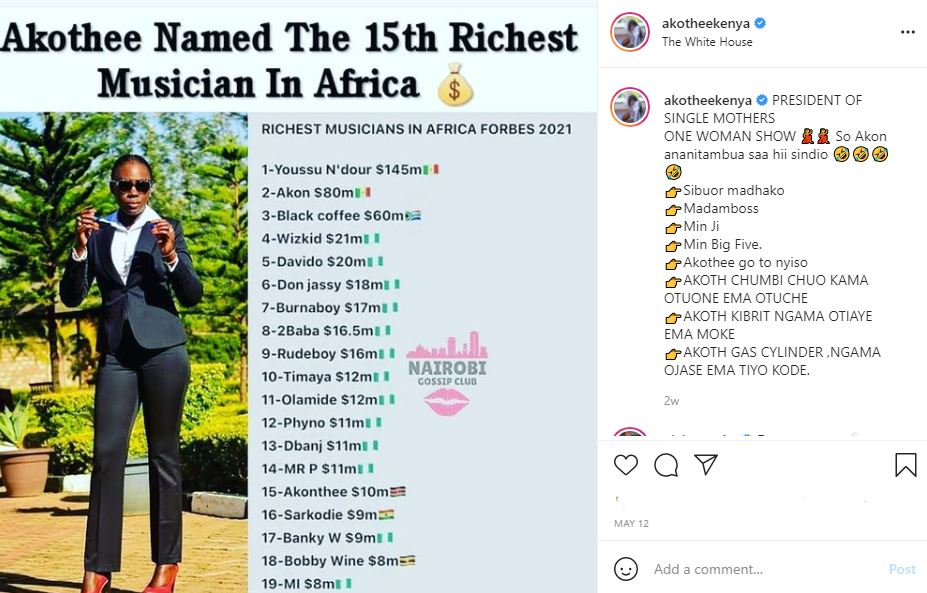 In Tanzania, the Rich List debate kept raging on, with a section throwing shade at Akothee, saying she can’t possibly be wealthier than Diamond.

Never one to let people bully her, Akothee took to social media to address the Tanzanian masses for putting her name in their mouths.

Kenya Records 341 New Virus Infectons < Previous
Ghost Mulee Grateful to be Back from India Next >
Recommended stories you may like: