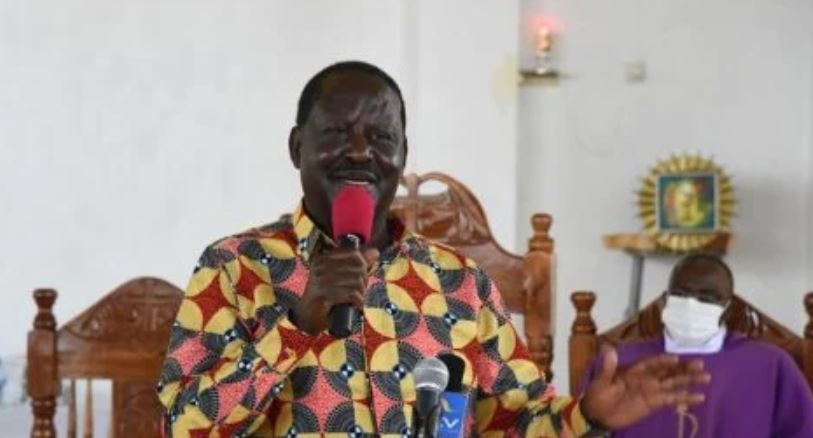 Raila Odinga addressed the never-ending jibes by his political opponents that he practices black magic.

With the country heading towards another election period in 2022, the claims that the opposition leader practices witchcraft have re-emerged from DP Ruto’s camp.

In their campaigns, the DP and his allies have been telling supporters not to trust “mganga ( a witchdoctor)” and “mtu wa vitendawili (a man of riddles)”.

The ODM leader finally responded to the allegations on Sunday when he spoke at St Stephen’s Lwanya Catholic Church in Mundika, Busia County.

“They keep calling me mganga. I am not a witch doctor. I’m a Christian who attends church services regularly but I do not boast about it,” Raila said.

The former Prime Minister noted that several miracles have happened in his life and hence, he cannot embrace “the dark forces of witchcraft”.

“What I do not like doing is boasting about my Christianity. I pray that God may help unite our country,” Raila said.

Karen Nyamu Hits Back At Trolls Over Samidoh Love Affair < Previous
Everything Trending This Tuesday Next >
Recommended stories you may like: