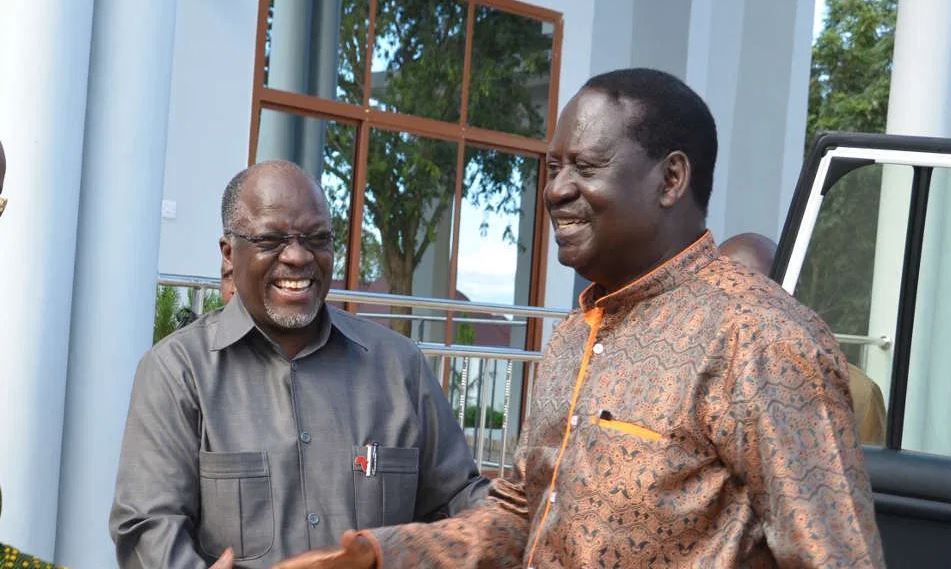 ODM leader Raila Odinga has sent his sympathies to the people of Tanzania, following the death of President John Pombe Magufuli.

The Odingas and the Magufulis were close family friends for a long time, and the loss of the TZ leader must be quite personal for Raila.

Magufuli official time of death was 8pm on Wednesday, but there have been very loud whispers that he left us days ago.

One of the theories that was floating around was that his death announcement was delayed, so that senior government officials could devise a plan to stop Vice President Suluhu Samia’s ascendance to the presidency, in a script that reads a lot like Jomo Kenyatta’s final days.

These whispers might have gotten to Raila’s ears, because in his condolence message, he strongly emphasizes that constitutionalism and an orderly transfer of power needs to respected.

Mama Samia should be sworn in as president to serve the remainder of Magufuli’s 5 year term. Elections were just held in November last year, meaning she will serve almost the full term. 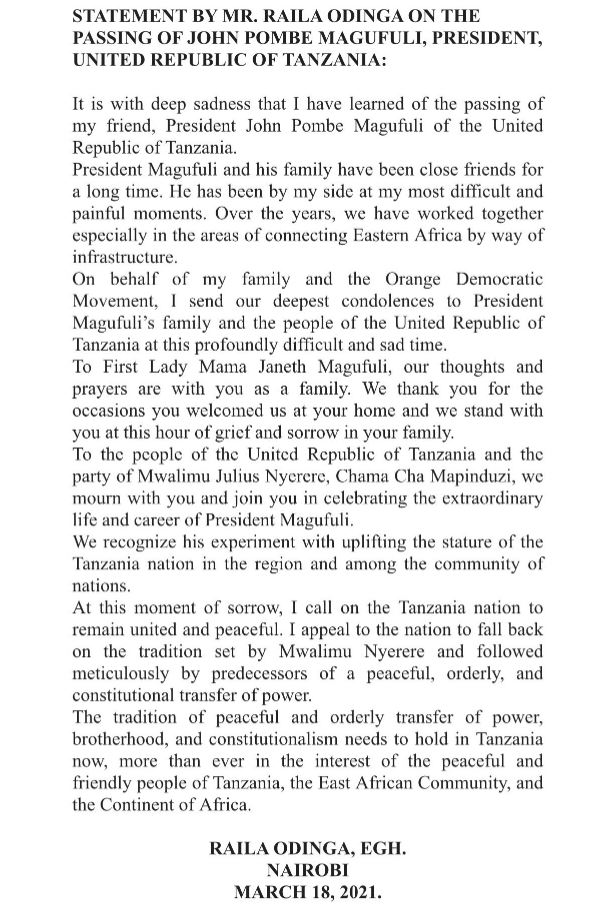 When Nairobi Green Park Bus Terminus Will Be Completed (PHOTOS) < Previous
Understanding Casino Payout Rates Next >
Recommended stories you may like: