My Story: Cancer is Beatable, I Beat It Twice 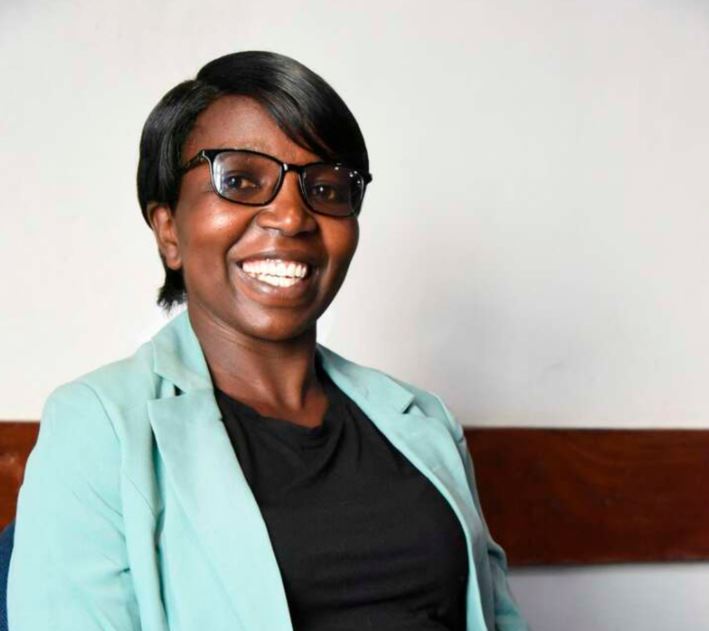 She went through her last session of radiotherapy in December last year, and she wants the world to know cancer is beatable.

“My treatment journey, just like any cancer warrior would describe, has been nothing short of gut-wrenching.

I was first diagnosed with ovarian cancer in 2015. Even before the diagnosis, it started as painful menstrual pains when I was a young girl. I used to suffer a lot during these times, and I remember, the usual response was that it was normal and it would go away with time.

But even after I got married the problem persisted. It got worse in 2009 when I was pregnant with my firstborn. I had complications where my cervix opened up even before the due date, and I nearly lost my child.

At the hospital, I was told that it was just an infection, and after medication, I was discharged. Luckily, nothing worse happened after that, and after the full term, I was able to have a normal delivery.

However, a few months after birth, I experienced health issues which included bloating, severe pelvic, and extreme abdominal pain. I went to the hospital severally but still, nothing serious was diagnosed.

Fast forward to 2012 when I was pregnant with my second child, the same problem recurred. I nearly lost the pregnancy at six months but held on to eight months when I gave birth safely. But then I developed a foot drop on my left leg.

In between this period, I had had different medical examinations, I had numerous test results that revealed that I had a massive enlargement on my right ovary, which was suspected to be a cyst. This was superseded by symptoms like irregular periods, abnormal vaginal discharges, bloating, and extreme pelvic pains.

By April 2015, the pain had become unbearable but still, there was some misdiagnosis before finally, a radiology test showed that my right ovary had grown so big, that it had twisted.

I had to go for the surgery and have it removed for testing where a few weeks it was confirmed that I had ovarian cancer. It was at Stage 1 A. Further tests showed that cancer had spread throughout the uterus, thus it had to be removed, as the doctor prescribed immediate chemotherapy after the operation.

It was the most difficult experience. It being a public hospital, there was a long queue. I could see other patients in the queue accompanied by their relatives or friends, but there I was, all alone.

The first time wasn’t as bad, but as I progressed through the treatment, there was discomfort due to the pain, nausea, and constipation associated with chemotherapy. The combination of drugs to counter all these aftermaths was unbearable.

By the third chemotherapy session, I was not the person I was. Apart from being extremely weak, I was broke. I couldn’t afford my rent.

I lost friends. I had to change schools for my children since I could no longer afford private school fees. The saddest part was that food became a luxury for us.

By the time I was in my fourth session of chemotherapy, I couldn’t even afford to pay rent for the bedsitter we had moved into. They say adversaries separate the chaff from the grain in your life. Trust me, I learned that firsthand.

My landlord was God-sent. One time he came to the house for the house rent but after seeing my condition, he never asked me for rent again. He often bought me food and ensured that together with my children, we were comfortable.

My parents on the other hand, despite their financial adversity, were able to support me here and there. My Neighbours who later came to learn of my condition, several times fundraised for my treatment.

By the end of 2017, the six sessions were over, marking nearly a year of ovarian cancer treatment. The doctors declared that I was cancer-free after getting my tumor markers, and officially I was in remission.

By early 2018, health-wise, I was on the journey back to my old self. I even went back to work.

Of course, as a health correspondent for medical media services, I faced challenges going back to work. For instance, the chemo brain was taking a toll on my memory, and I could forget essential things.

Also, physically I was weak. I was gaining my body, my hair was growing back and I was doing what I loved to do.

My grim experience with cancer drove me to charity work as a way of giving back to society. I founded a talent show for street children, and from time to time I could organise food drives for these groups. I was happy.

But this was short-lived. Around August 2018 I started feeling some discomfort when passing urine. Sometimes I could see blood in the urine, and the bloating came back.

I survived on painkillers for a while until January 2019, when the problem became worse and I was forced to go for screening. The urologist confirmed the worst. I had Stage 0 bladder cancer. It was a very low grade, but the doctors couldn’t afford to take any chances.

I was reliving my nightmare, and now my biggest worry was that just like my uterus was removed, I would have to lose my bladder. I couldn’t fathom the thought of wearing a pouching system.

However, the good news was that a cystectomy wasn’t one of the options for the doctors. Instead, they prescribed six chemotherapy and 33 radiotherapy sessions.

This time around I was well equipped. Apart from having several health insurance covers, I was prepared in terms of information, as well as dealing with the effects that came with cancer treatment.

So many friends also stood by me. I went through my last session of radiotherapy in December last year, and I must say that though it has been an excruciating experience, it has been bearable.

I haven’t yet been declared cancer-free, but I had a tumor and urinary test a few weeks ago, which indicated that I am progressing well. Normally one has to wait between two to five years, to be declared completely cancer-free.

I now live my life to the fullest. My advice to anyone suffering from cancer is that it is not a death sentence. It is beatable.”