A motorist reportedly chased down an ambulance in an attempt to overtake it, causing a road accident that claimed the lives of two people.

The Standard reports that the incident occurred in Wote town of Makueni County on Monday evening, March 22.

According to witnesses, the driver who is believed to have been drunk was driving dangerously in the town when he hit a passer-by near Makueni Referral Hospital road before crashing into a residential building.

The female passenger died on the spot while a male passenger succumbed while receiving treatment at the Makueni Referral Hospital on Monday night.

One witness, Charity Kiamba, recounted the accident saying the motorist was trying to overtake an ambulance that was rushing a patient to the nearby Makueni hospital.

“The ambulance was headed in the same direction with the car and the driver of the car tried to overtake in this narrow road that has no bumps. The ambulance slowed down to allow them to pass and it was during this time that the car deviated from the road, hit a wall, and plunged into a building compound,” said Charity. 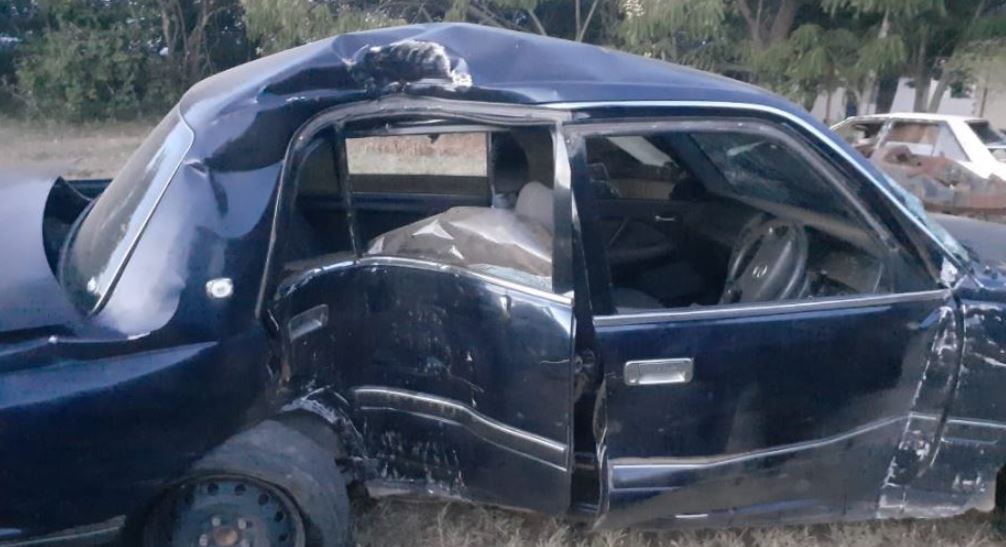 The witness is among tenants who witnessed the accident from the balcony of Mundu Apartments.

After killing a passerby on the spot, the driver of the speeding vehicle got out of the car and made the sign of the cross before fleeing from the scene on foot.

“I saw him do the sign of the cross maybe because he survived the accident, and then walked away,” added Charity.

Another tenant, Eliap Kiruthi, recounted: “I was in the house when I heard screeching tyres before the car crashed past the apartment’s wall. When I walked outside I found three people inside the car and an injured woman lying outside.”

“We received three victims of a road traffic accident where one had already died, the second one died while getting resuscitated at the casualty unit. The third one is stable in our unit,” said Dr Masila.

Police towed the vehicle to Makueni police station. They said there were several broken bottles of alcohol in the car.

A manhunt for the driver has since been launched as investigations cotinue. 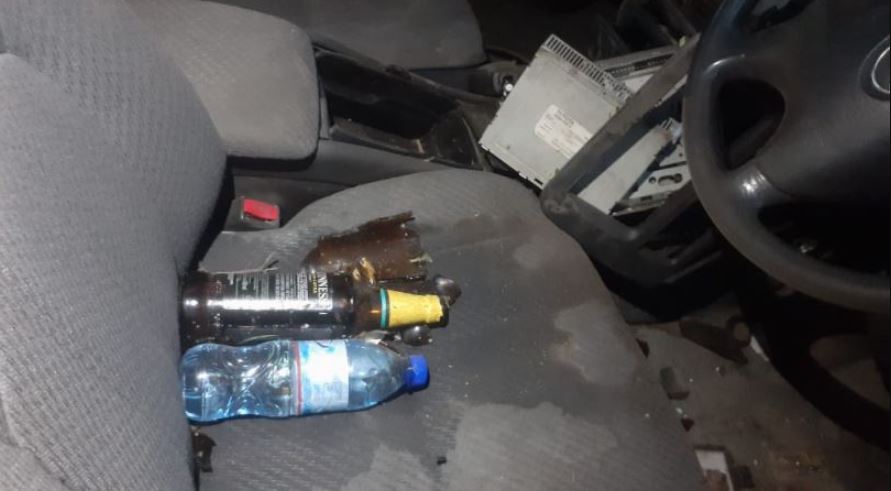 Teacher Caught Pants Down With Adult KCSE Candidate in Makueni < Previous
Denied Sex on First Date, Man Throws Woman From 12th Floor of Nairobi CBD Building Next >
Recommended stories you may like: