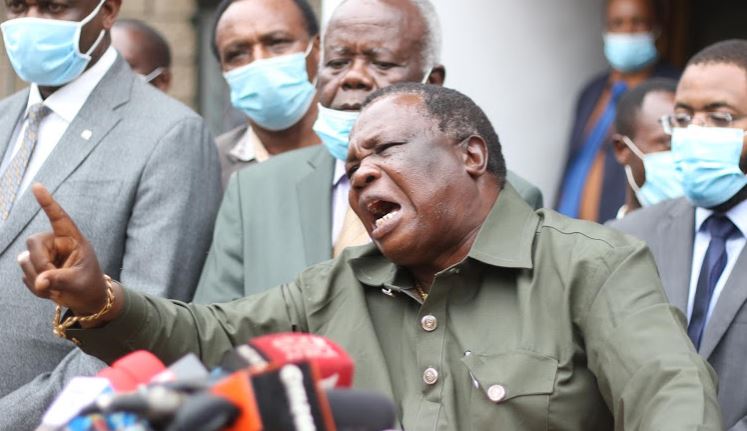 The Central Organization of Trade Unions has reprimanded the Energy and Petroleum Regulatory Authority over its decision to hike prices of petroleum products.

“Cotu views this move by the Authority as an affront to workers and Kenyans as a whole and demand for the Energy Ministry’s immediate intervention in the matter to avoid any imminent confrontation that the government is likely to attract from workers and the rest of the Kenyans,” he said.

According to Atwoli, Kenyans have endured enough pain trying to make ends meet since the advent of Covid-19 and the decision by EPRA will only catalyze an already provoked people to come out and demand government protection.

“Businesses have equally been hit hard and as social partners, we are putting in all we can to remain afloat yet the Authority comes up with such exorbitant increases to an already overburdened people,” he said.

The COTU boss the move by EPRA to increase fuel prices is a form of impunity that workers will not entertain. He called on the President to immediately address these concerns because effective today(February 15), prices of basic commodities and fares will go up in order to cushion traders in these sectors.

“We are staring at a future we as leaders will not be able to manage owing to its uncertainty that is being prompted by such actions that are pushing more and more Kenyans into pain and unless the President himself comes out and offer hope, it might be hard to convince the millions affected that they have a future in this country,” Atwoli stated.

Check Out All The Goodies Tahidi High’s Omosh Has Received < Previous
Nyachae’s Son Kenneth Hilariously Recalls Day His Father Boxed Him, “He was very skilled” Next >
Recommended stories you may like: