Grand Mullah’s Tweet That Maraga Is Suing Him For 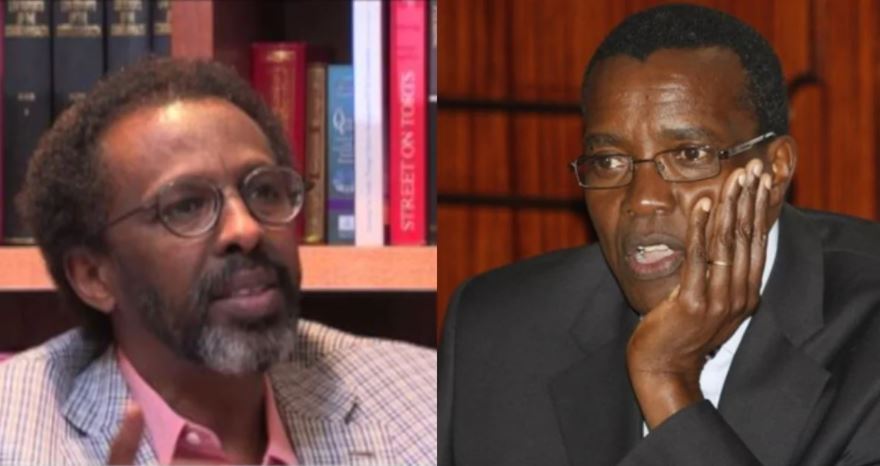 In what is poised to be an interesting face-off, former Chief Justice David Maraga has dragged lawyer Ahmednassir Abdullahi to court over a tweet he claims is libelous.

In an 80-page application, Maraga is accusing the outspoken city lawyer of defaming his character in a tweet shared on January 12.

“The defendant posted, published and circulated a defamatory, libelous, and scandalous tweet on his account. The said tweet attracted 565 comments, 381 retweets and 2500 retweets,” the plaint reads in part.

True to his word, the tweet was still on the senior counsel’s account as of Wednesday, February. In the tweet, Ahmednassir Abdullah also known by his nickname Grand Mullah accused Maraga of turning a blind eye to an unnamed supreme court judge who allegedly received a Ksh200 million bribe.

Grand Mullah’s tweet reads: “If CJ Maraga is a decent and honest Kenyan, he should come clean on the issue of the SENIOR judge of the SUPREME COURT who took Kshs 220 million BRIBE. Me and CJ Maraga know the judge…intelligent Kenyans must read A LOT on Maraga’s astute silence on this matter!”

According to Maraga, the words contained in the tweet were intended, calculated, contrived, and designed to mean and were in fact understood to mean that;

“a) The plaintiff was not a decent Kenyan

b) The plaintiff was not an honest Kenyan

c) The plaintiff was aware of and had knowledge of a Senior Judge of the Supreme Court who had collected a bribe of Sh220, 000,000.” 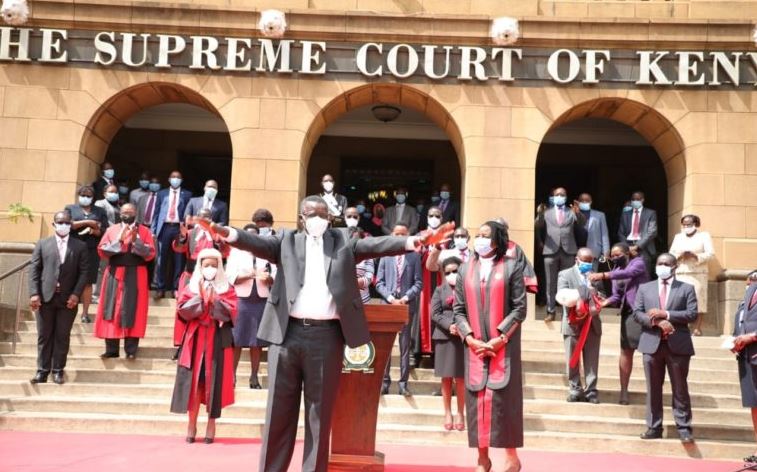 “The words were presented as the absolute truth designed and intended to disparage, belittle, and injure the plaintiff’s character and reputation as a retired Chief Justice of the Republic of Kenya, President of the Supreme Court of Kenya,” Maraga avers through his lawyers, TripleOKLaw Advocates.

The former Chief Justice also notes that Ahmednassir did not file a complaint with relevant authorities or initiate proceedings for the removal of the said judge but opted to tweet about the allegations.

The said publication was both reckless and malicious in the extreme and was designed and intended to inflict maximum reputational damage on the plaintiff (Maraga),” read the suit papers.

Maraga wants the court to declare that the tweet is indeed defamatory. He is also seeking orders compelling Grand Mullah to apologize for the tweet in the Daily Nation and Standard newspapers.

The former chief justice further wants Ahmednassir Abdullahi barred permanently from making any defamatory statements against him and compensate him for damages already caused by the tweet.

Maraga argues he is an elder of the Seventh-day Adventist Church, a position that requires a person of high moral character and unquestionable integrity.

If CJ Maraga is a decent and honest Kenyan, he should come clean on the issue of the SENIOR judge of the SUPREME COURT who took Kshs 220 million BRIBE. Me and CJ Maraga know the judge…intelligent Kenyans must read A LOT on Maraga’s astute silence on this matter!

Very true. AA´s obsession with @dkmaraga started after nullification of presidential results. It seems he has not recovered from that ruling while everyone else has moved on. Just petition the JSC. If you claim you know the judge who took a bride why bother CJ Maraga? Witchhunt

We know the judge,A Kalenjin by the name Tunoi

True that. GM is knecking out a judge who is still in the corridors and probably aspiring for bigger things. And GM is not about to let this go.

I concur with you sir, he left and retired with this tag on his forehead pic.twitter.com/KyEl6BfRAw

“…..Me and CJ Maraga know the Judge…” You have admitted. Do for us a Favour SC. Name the Judge and meet in Court. The Court will decide. It is that Simple. Stop blaming Maragas ” astute Silence”. Move the Court……

Record a statement with DCI.