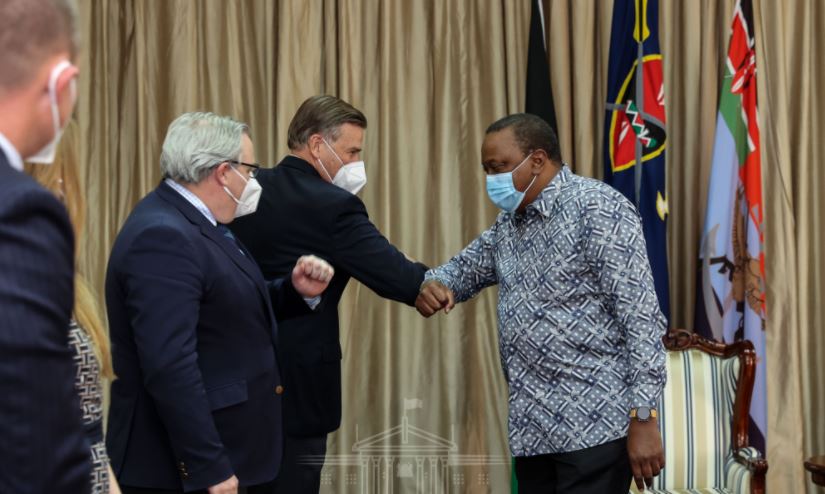 President Uhuru Kenyatta has urged South Sudan leaders to hasten the implementation of the remaining aspects of the peace pact signed in Khartoum, Sudan in 2018.

The President singled out the establishment of the legislative assembly and reforms in the security sector as some of the pending areas that require attention as the country returns to stability after years of conflict.

The Head of State spoke Tuesday evening at State House, Nairobi when he hosted US Special Envoy for South Sudan Amb Stuart Symington and his UK counterpart Bob Fairweather who paid him a courtesy call.

The two envoys briefed the President on the South Sudan peace process and thanked Kenya for its leading role in the long search for peace and stability in the young African nation and the region.

Amb Symington, a former US Ambassador to Djibouti, Rwanda and Nigeria, said Kenya’s longstanding support has contributed to the progress made in the journey of returning South Sudan to the road of peace and stability.

He urged the President to continue giving the peace process positive influence by rallying South Sudan leaders to implement the remaining aspects of the Khartoum accord.

On his part, UK Special Envoy for Sudan and South Sudan Bob Fairweather praised parties to the South Sudan peace pact for taking bold steps to end conflicts and forge a stable, peaceful and progressive nation.

The British diplomat assured the President that the Troika nations of Norway, the US and the UK will continue working closely with Kenya and the region in search of sustainable peace and stability in South Sudan. 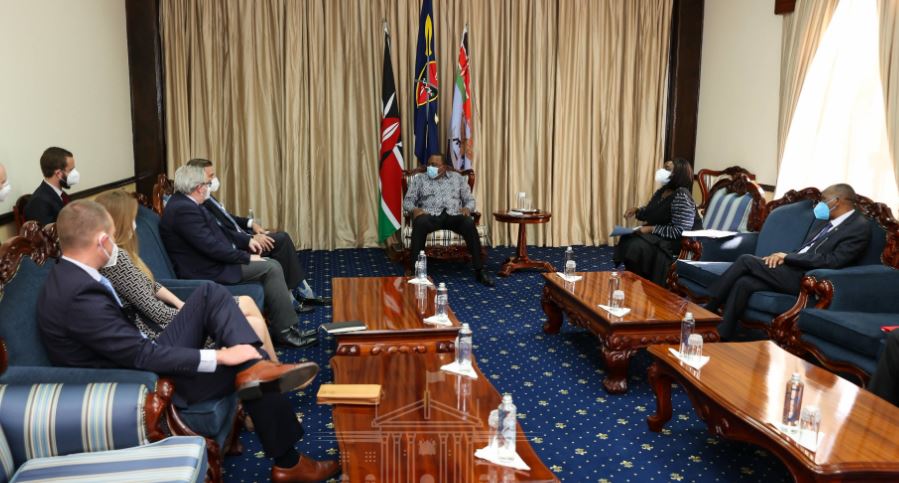 President Kenyatta assured the two diplomats of Kenya’s continued support for the peace process saying the country will leverage on its UN Security Council membership to assist her young neighbour and the region achieve stability.

The President was joined in the meeting by Foreign Affairs CS Amb Raychelle Omamo and the Head of Public Service Dr Joseph Kinyua while the special envoys were accompanied by British High Commissioner to Kenya Amb Jane Marriott and Mr Eric Kneedler, the Charge d’ Affaires at the US Embassy in Nairobi.

The former Prime Minister briefed the President on a number of subjects top among them Ethiopia’s internal conflict involving the Federal Government and the Tigray Peoples Liberation Front (TPLF), the simmering border conflict with Sudan and the progress made in resolving the regional stand-off over the Grand Ethiopian Renaissance Dam (GERD) on River Nile involving Sudan and Egypt. 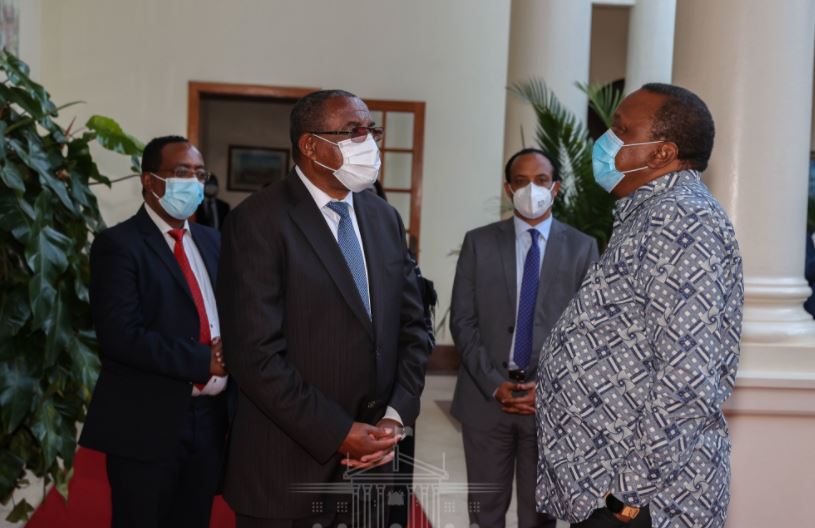 President Kenyatta expressed concerns about the stability of the region citing several emerging conflicts and assured the visiting Ethiopian leader that Kenya will continue supporting regional efforts to resolve the challenges.

On the Tigray conflict, President Kenyatta welcomed the measures being taken by the Ethiopian Federal Government in addressing the humanitarian situation in the region. 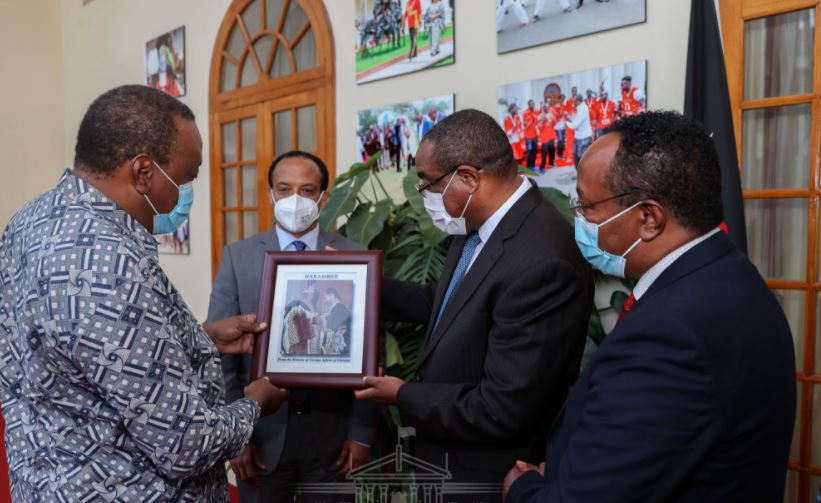 Loading...
Fresh Twist As Igathe Tells Court His Resignation Was Not Formalised < Previous
Speaking The Truth Is Not An Offence, Sonko Says Next >
Recommended stories you may like: