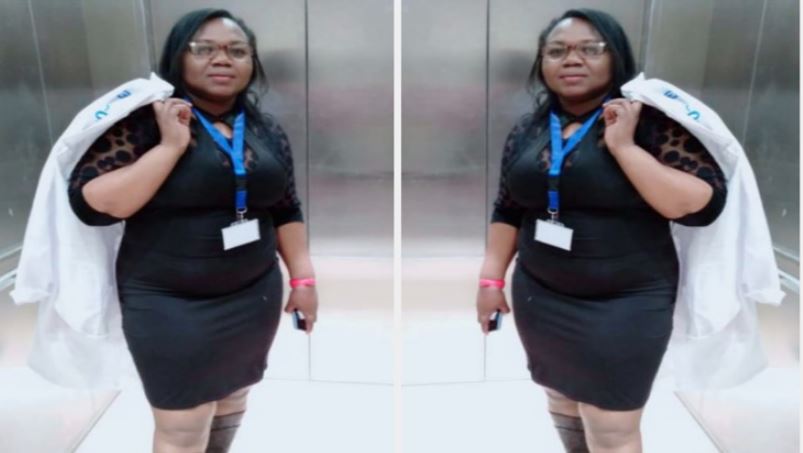 Homicide detectives in Kasarani, Nairobi have opened a probe into the gruesome murder of a woman whose burnt body was found tied to a bed.

34-year-old Margaret Muchemi, a resident of Njiru in Kasarani Sub-County, had reportedly invited her estranged boyfriend to her home to “settle out their differences”.

Muchemi’s two house-helps, Damaris Nyamusi and Zainab Naila, told K24 Digital that the suspect arrived at the deceased’s home at around 8 am Thursday carrying a backpack.

“We offered him tea but he said he was okay. All through, he cut a figure of a quiet and disturbed man,” said the nannies.

After a while, the mother of a four-year-old boy sent the house-helps to buy meat.

“She told us she would pay via M-Pesa,” said Nyamusi, adding: “When we reached the butcher’s shop and ordered meat costing Ksh500, we called our employer and asked her to send the money, but she said she hadn’t loaded cash to her M-Pesa wallet. Consequently, we left the meat and returned home.”

When they arrived home, the nannies said a visibly irritated Muchemi told them she wanted to talk with her boyfriend in private.

“She then gave us Ksh500 and told us to go buy the meat and hang around until she was ready to have us back in the house. Hours passed by, and we hadn’t received a call from her. We called and told her that we were hungry, and wanted to go back home and eat. Muchemi, whose intention was to keep us out longer, sent us money and said we should eat at any nearby restaurant,” said Nalia as quoted by K24 Digital.

While having their dinner, the nannies said neighbours called and informed them that their house was on fire.

“We rushed home and found smoke billowing from our boss’s bedroom. Neighbours had attempted to put out the fire. On accessing our employer’s room, we found her arms and legs tied to the bed, and her body charred by the flames. Her face was completely destroyed by the fire. Her estranged lover, was nowhere to be seen,” said Naila.

Nyamusi mentioned that on Wednesday night she overheard her boss talking with her lawyer on phone saying that her (Muchemi’s) estranged boyfriend was demanding Ksh37,000 which he had lent her.

“She said the man had threatened to come and collect the money today (Thursday, January 21),” added Nyamusi.

Police arrived at the scene at 4:30 pm Thursday and collected Muchemi’s body for preservation at City Mortuary.

Kayole OCPD Paul Wambugu said they have since launched a manhunt for the suspect.

Nyamusi and Nalia said it was the first time they were meeting their employer’s estranged boyfriend.

“What we know is that our boss had separated from her lover months ago,” they said.

Muchemi’s landlord, Mark Odete, described the deceased as a joyful and peace-loving woman.

The deceased operated a private clinic in Mwiki, Kasarani.

Woman Douses Ex-Lover With Acid, Tells Court She’s Scared Of His Monstrous Penis < Previous
Balala: Lupita Has Snubbed Us for 5 Years, So We Went With Naomi Campbell Next >
Recommended stories you may like: