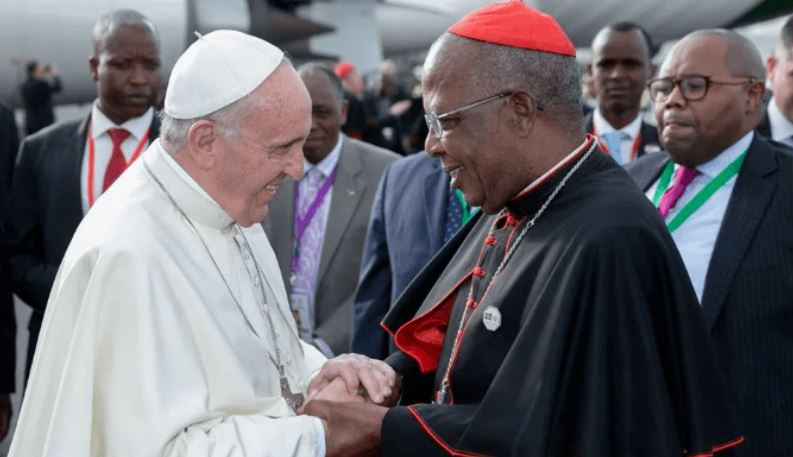 Apostolic Nuncio to Kenya Archbishop Hubertus van Megen made the announcement on Monday in a letter to the Kenya Conference of Catholic Bishops (KCCB).

The Vatican News staff reporter said the Pope accepted Njue’s resignation from the pastoral governance of the Metropolitan Archdiocese of Nairobi.

“I wish to inform you that His Holiness Pope Francis has accepted the resignation of His Eminence John Cardinal Njue as the Archbishop of Nairobi,” read the letter.

Cardinal Njue, 77, tendered his resignation upon attaining the mandatory 75 years retirement age for Bishops. Njue, who served in the position since 2007, will retain the title of Cardinal.

Bishop Kamau has been serving in the archdiocese since December 22, 1999, as the Auxiliary Bishop of Nairobi.

Sonko’s Case Halts Nairobi Gubernatorial By-election < Previous
Roselyn Akombe Switches US Job For “Other Passion” In Ethiopia Next >
Recommended stories you may like: