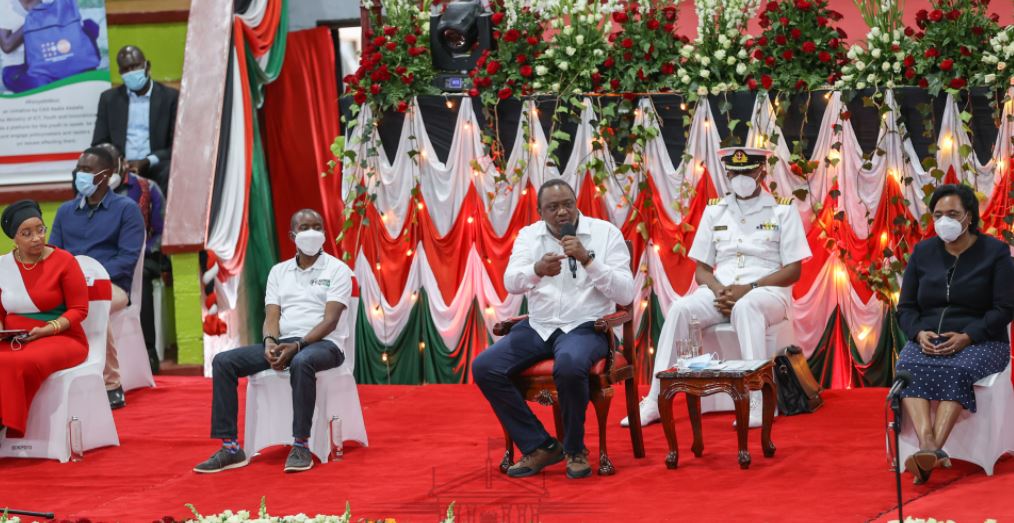 President Uhuru Kenyatta has asked Kenyan youth to stop shying away from pertinent national issues saying the time had come for them to take charge of the affairs of the nation.

The President observed that despite the youth making over 70 percent of the country’s population, their presence has not been felt in key spheres of the country including leadership.

“Kenya has its owners and that is each one of the 50 million of us. For a long time majority of the shareholders have not taken responsibility,” the President said in reference to Kenya’s youth bulge.

The Head of State spoke Monday at the Bomas of Kenya on Nairobi County when he officially inaugurated a national youth dialogue initiative dubbed, ‘Kenya ni Mimi’.

The President said the youth need to make their large count by offering themselves for national leadership positions.

“But as owners we also have a responsibility for this property that we own so that we can drive Kenya to its rightful destination. It is time to take up responsibility. Leadership is not given but it is taken and grabbed and move with it”, the President said. 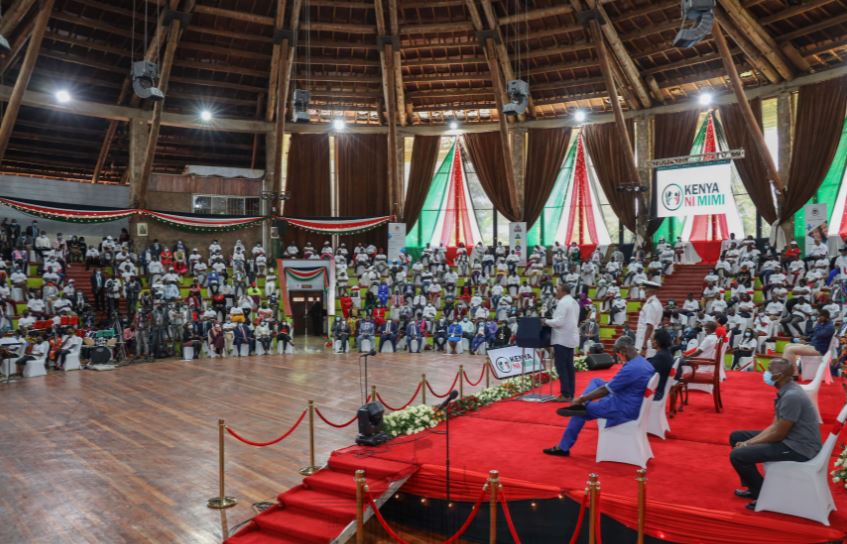 He said young people cannot make any difference as along as they continue shying away from taking bold steps aimed at transforming not only their lives but the country at large.

“You must be in the arena and not outside the arena. You must tell the narrative of our country if you decide that you want to take charge of our future. You have a great opportunity and you must take ownership,” the President said.

‘Kenya ni Mimi’ campaign is a national platform for young people canvass youth agenda and consolidate their contribution to nation-building and wellbeing economically, politically, and socially.

The Head of State told the youth representatives drawn from across the country to emulate liberation heroes from across the globe whom he said led to the emancipation of their countries at very young ages.

“Nothing happens without a dream. All makers of change in this world started young but they were well empowered,” President Kenyatta said adding that, “if we are 47 million strong, the young people must claim their space. Not as trend followers, but as trendsetters. And they must use this moment, as they did in our history, to organize themselves for the renewal of our economy”.

The President said that for the country to create enough job opportunities to meet the growing demand of young people, there must be a change in the way the political affairs of the country are run.

“To flatten the curve of unemployment, we must correct our Kenyan imperfections; imperfections that drive investors away from our country. And our young people must take the lead,” the President said. 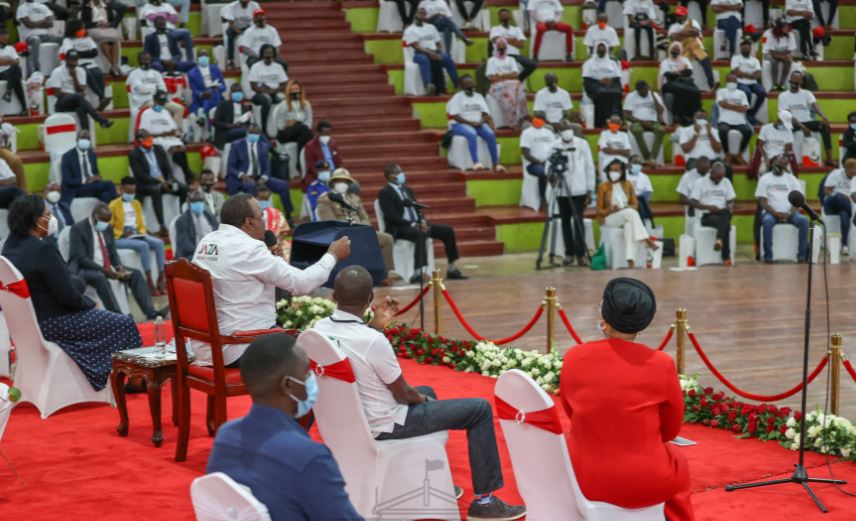 He noted that the cycle of violence after every election has depressed the country’s investment potential saying that was the genesis of the BBI process.

“One of the reasons of BBI is to bring together all Kenyans and ensure that the country continues to grow peacefully and that there’s a semblance of continuity. Yes, we can have a change of Government but we need continuity of the agenda.

“The BBI initiative is meant to ensure that no Kenyan ever feels left out to a point that they become violent to achieve their objective,” President Kenyatta said.

While fielding questions during an interactive session dubbed ‘Bonga na Prezzo’, the President challenged the youth to emulate the integrity and discipline exhibited by the Kenya Defence Forces in the execution of public projects.

“If all of us had the discipline and integrity of our Defence Forces then our country would go far. I encourage every Kenyan to be more like them for the development of our own country.”

On the issue of gender-based violence and other retrogressive cultural practices such as FGM and early marriages, President Kenyatta assured the youth that his government will not relent in its efforts to stamp out the vices.

He said his administration is keen to continue engaging more closely with Kenyan women in all spheres of development just as it is doing with the youth.

“We will take action as Government against all those who continue to practise the outdated and backward practice of Female Genital Mutilation. It must end by 2022.

“Women need to be treated with respect. Excluding women from the social, economic, and political agenda of this country is like cutting one of your legs and hope to be able to walk. It is not possible,” the President said.

The launch was also attended by several senior Government officials and representatives of the private sector among them Public Service CS Prof Margaret Kobia.

Drama In Kakamega Church As Couple Strips Pastor For Calling Them Illuminati < Previous
New Sh1.7 Likoni Floating Bridge Set To Be Dismantled Next >
Recommended stories you may like: