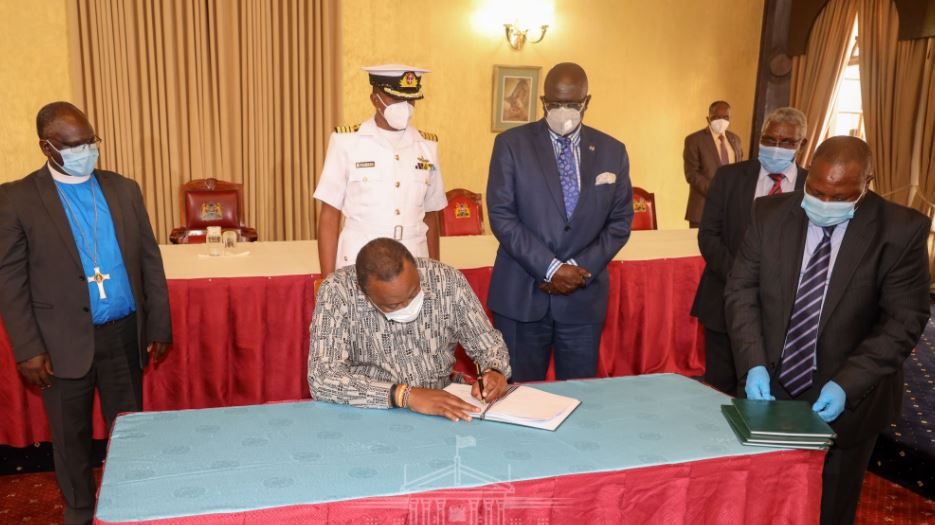 President Uhuru Kenyatta on Wednesday formally granted a charter to the Presbyterian University of East Africa transiting the academic institution into a fully-fledged university.

Speaking during the charter award ceremony held at State House, Nairobi, the President challenged the new university to offer courses that give solutions to current challenges facing humanity.

“I wish to state that this University has all it takes to be a continental and global leader in tertiary education, research & development, innovation, and provision of solutions to the pressing problems of the day,” the President said.

He said the Government is proud to count the church as a steadfast partner in national development especially in sharing the vision of a better and prosperous Kenya for all.

“Since the dawn of our Republic, the Church in Kenya has played a pivotal role in our national life. Beyond nourishing the soul and the spirit through spreading the Gospel, the Church has followed in the footsteps of Christ by establishing schools, hospitals, feeding centres, and community-support programmes,” President Kenyatta said. 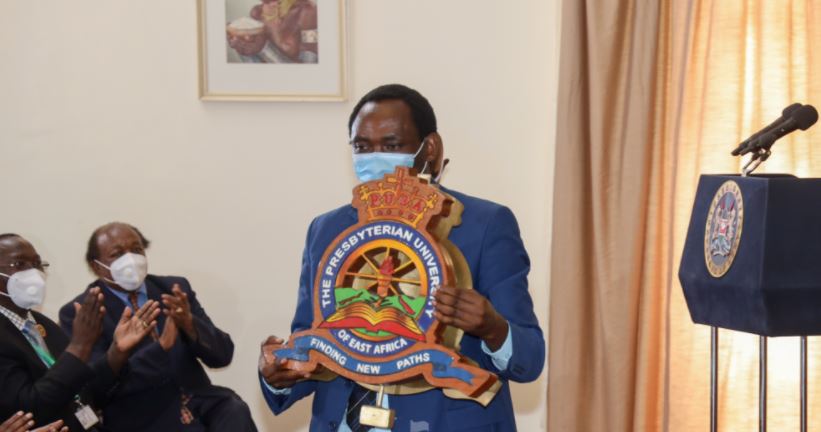 On the ongoing rollout of the Competence Based Curriculum (CBC), the President said the Ministry of Education will continue working closely with all universities to ensure that they produce competent educators to drive the reform process.

He told universities to start preparing themselves to receive and teach form four graduates under the new curriculum saying their readiness is what will ensure success of the country.

The Head of State commended the university for its reputation of offering holistic training that produces not only competent graduands, but, more importantly, virtuous men and women.

“Today, I want to challenge you to keep this tradition going, and to create even more opportunities for your students to engage in programmes that will address issues in the communities surrounding the institution; even as you train them to be leaders in their various fields of study,” the President said.

He recalled the work done by PCEA in the education sector since 1892 when it started the first school in Kibwezi, pointing out that the church’s commitment to public life in Kenya and East Africa region has continued to inspire hope and enhanced possibilities for the citizens.

“The Presbyterian Church in East Africa can trace its support for education in Kenya all the way back to the first school opened by Dr James Stewart in 1892 at Kibwezi.

“One Hundred and Twenty Eight Years later, the Presbyterian church’s commitment to public life in Kenya and East Africa is stronger than ever; with thousands of PCEA schools, mission hospitals and institutions of good works, dotting our landscape,” President Kenyatta said. 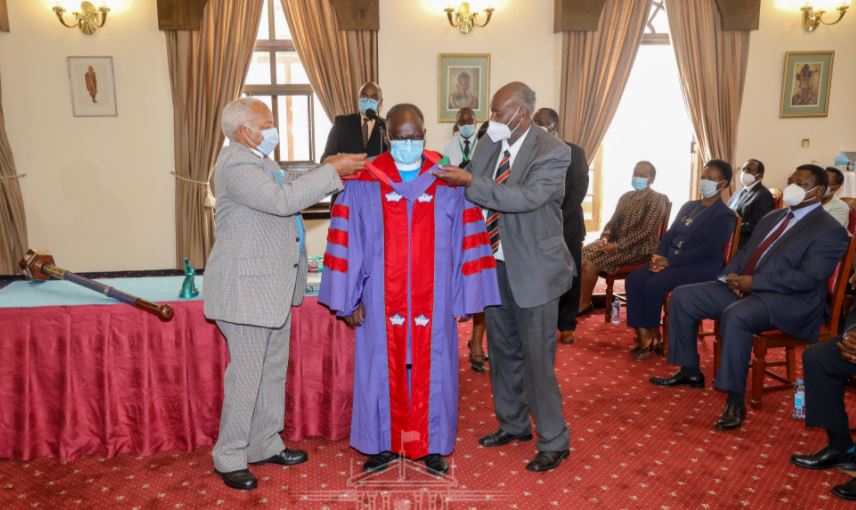 With the elevation of the Presbyterian university today, Kenya now has a total of 74 fully-fledged universities, up from one single university in 1970. Of the74, 38 are public while 36 are private universities.

In terms of student numbers, the country has over half a million university students currently from a population of less than 2,000 in 1970.

The newly installed Chancellor of PCEA University who is also the church’s moderator Rt Reverend Julius Mwamba thanked the President for awarding them the charter saying the idea of a university was born by the pioneers of the church.

He said the setting up of the university was in line with the church’s philosophy of taking care of the soul, mind and body adding that the PCEA church will continue partnering with the Government in the delivery of public services.

“The Church has complimented the Government in all ways especially in the area of education and health. It is this ideal of educational concern as expressed in this article that prompted Presbyterian Church of East Africa to establish the PCEA University. By doing so the Church is similarly ready to join hands with the Government to improve the lives of Kenyans through quality education,” Rev Mwamba said.

Education CS Prof George Magoha who also spoke at the award ceremony applauded the PCEA church for being at the forefront in championing quality education since its entry into the country.

Prof Magoha particularly thanked the PCEA Church for donating the parcel of land where the University of Nairobi built its faculty of education.

The Trending Pics and Memes This Thursday < Previous
Mudavadi Accuses DP Ruto Of Failure To Provide Effective Leadership Next >
Recommended stories you may like: