The Nairobi Metropolitan Services (NMS) is on course to open 24 new hospitals in the city’s informal settlements in January 2021.

President Uhuru Kenyatta said slum-dwellers will start accessing better health services from the level 2 and 3 facilities by end of next month.

Speaking on Saturday, the President said the Sh2 billion project will increase bed capacity in the city by 280.

He decried poor health services in informal settlements, recounting how he witnessed suffering during an inspection visit to Mukuru kwa Reuben, where 500,000 people are dependent on a private health facility with only eight maternity beds.

“To resolve this embarrassment, I instructed the NMS to build 24 level two and three hospitals in informal settlements. I note with satisfaction that NMS is on course to deliver the facilities by end of January,” he said.

Adding: “The idea is to take health services as close to the people as is possible.”

On August 10, President Kenyatta commissioned the construction of three new Level 3 hospitals: 16-bed capacity hospitals at Muthua in Uthiru and Kianda in Kibra as well as a 24-bed facility at Maendeleo Village in Mukuru kwa Reuben.

The three hospitals are part of 20 such facilities earmarked for various parts of the city and are being developed by the Nairobi Metropolitan Service (NMS) at an average cost of Shs 70 million each. 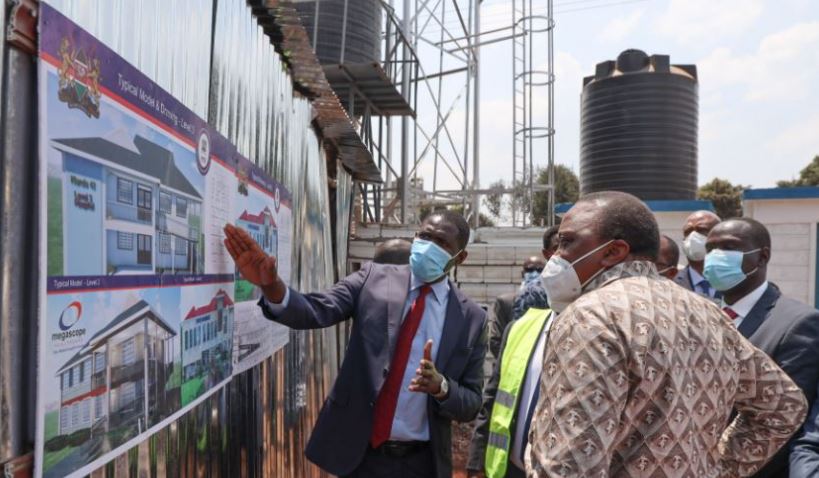 Car Importers Have Until New Year’s Eve To Clear 2013 Vehicles < Previous
The Trending Memes and Tweets This Tuesday Next >
Recommended stories you may like: