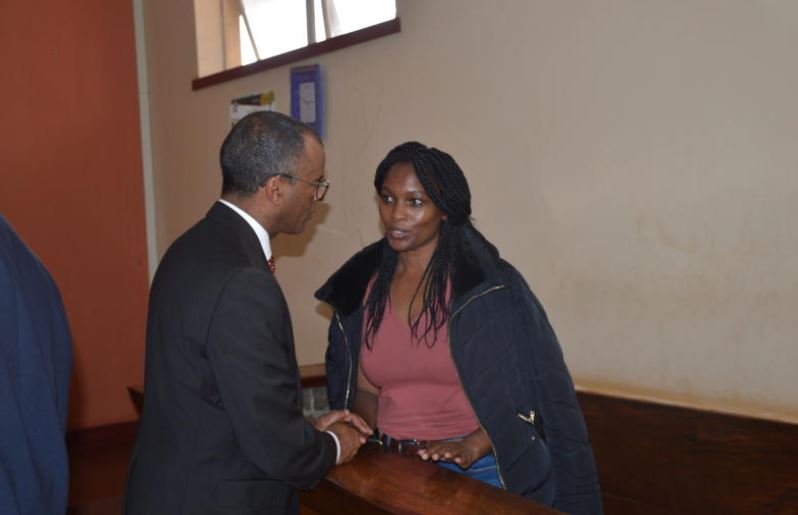 Sarah Wairimu, the widow of slain Dutch billionaire Tob Cohen, has maintained her innocence in the murder of her husband.

In a petition filed through her lawyer, Philip Murgor, Wairimu wants murder charge dropped and the trial declared a mistrial.

In her testimony before court, Ms Cohen said her husband was murdered when she was still in custody and his body dumped in a septic tank in their Kitsuru home to frame her.

Sarah alleged that her husband’s killers conspired with DCI officers to implicate her. She said these well-known people wanted to take possession of their Kitusuru home and lock her out of Cohen’s will.

“My husband was murdered by people who wanted to grab our Sh500 million matrimonial home in Kitisuru. They had me arrested on August 28, 2020, then colluded with investigators to implicate me after planting his body in a septic tank while I was in custody,” she said.

Sarah Wairimu also filed a petition challenging the highly publicised will of the Dutch tycoon which left nothing to her.

The former Philips electronics boss left 50 percent of his wealth to his sister, Gabrielle Straten and the rest to his niece and nephew.

Ms Cohen claims the will was fraudulently procured. Her lawyer said the will was found to be a forgery after being subjected to an expert’s analysis.

“The purported Will that did not leave her anything was fraudulently procured. It was done by powerful forces who want to grab her matrimonial home. It is so unfortunate that she is being depicted as a stranger in her own home,” Murgor said.

Wairimu also wants the DCI to hand over her vehicles, house and her two dogs.

She wants the petition heard by a three-judge bench.

The court on Friday directed the DCI, DPP, police IG and the Attorney General to respond to the petition in seven days.

The case will be mentioned on November 31.

The Trending Pics in Nairobi This Wednesday < Previous
PHOTOS – Uhuru Commissions Revamped Nairobi Central Railway Station Next >
Recommended stories you may like: