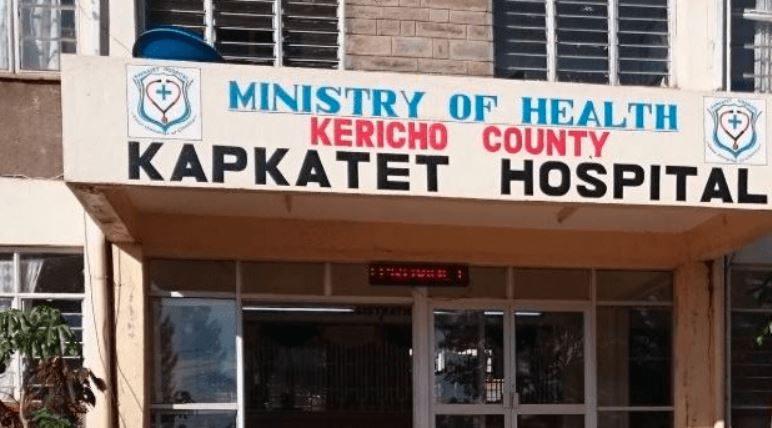 There was drama at Kapkatet Hospital in Kericho County after a man who had been pronounced dead regained consciousness.

Peter Kiplangat Kigen, 32, was rushed to the facility on Tuesday morning after he had fainted at home, his uncle Dennis Langat said. Kiplang’at is said to have suffered from a stomach ailment that made him lose consciousness.

Lang’at claimed that a nurse who received his nephew at the hospital casually checked on him before pronouncing him ‘dead’.

Citizen reported that the patient was then transferred to the hospital mortuary where a morgue attendant began the embalming process.

Mr Lang’at narrated that the attendant had made an incision on the right leg of the patient for the infusion of formalin (preservative) when Kiplang’at regained consciousness and wailed in pain forcing all those who were around to scamper for safety.

After recovering from the scare, the morgue attendant wheeled the patient back to the hospital casualty section where first aid was administered on him before being taken to the ward to recuperate.

Lang’at and his kin are now demanding justice, accusing the hospital of negligence.

The facility’s management and the county’s health department were yet to comment on the matter at t he time of publication.

President Kenyatta Dodged Twitter Insults To Exchange Sweet Nothings With Maggie < Previous
The Top Stories on the Internet Today (Friday November 27) Next >
Recommended stories you may like: