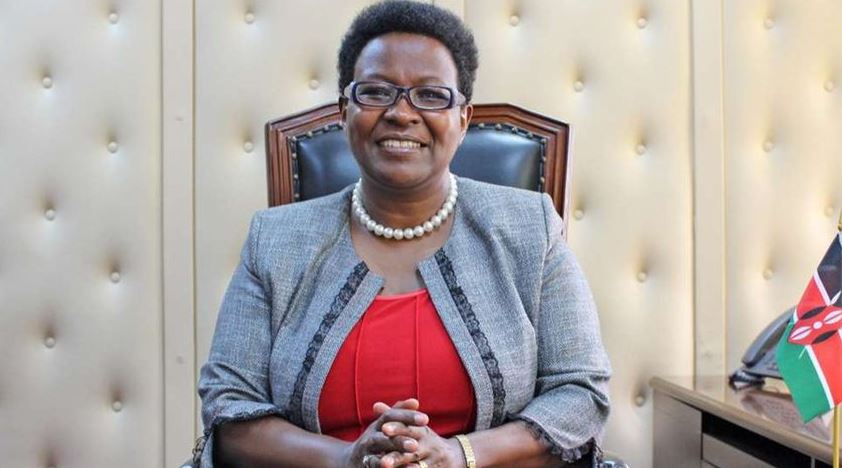 Mrs Anne Makori is the chairperson of the Independent Policing Oversight Authority(IPOA). She holds a law degree from the University of Nairobi and a postgraduate diploma from the Kenya School of Law.

“I was born in a village in Kangema, Murang’a County. My mother was a primary school teacher while my father was a civil servant, initially working with the Murang’a County Council. I am the fifth born in a family of six; three girls and three boys. I schooled in the village; a school next to Aberdares Forest.

We later moved to Nakuru where my father was appointed the town clerk when I was in Class Seven. He advised me to apply for admission at Kabarak High School in Nakuru where I sat my O-level exams before I joined Kapsabet Girls for A levels.

I went through the National Youth Service (NYS) then joined the University of Nairobi for my Bachelor of Law degree. I graduated from UoN in November 1989 with a law degree and proceeded to the Kenya School of Law. I was admitted to the roll of advocates in March 1991.

My first job was at the Public Service Commission, in particular at the State Law Office but I was seconded to the Ministry of Labour as a Labour Officer I. That was in 1991 and the monthly salary was about Sh6,000.

I left the ministry in 1996 as a senior labour officer because I needed to venture into human resource. I joined the African Retail Traders, then a subsidiary of Industrial and Commercial Development Corporation (ICDC).

I left in 1998 and went back to college because I needed to get ready for a big leap, transitioning to the private sector.

In 2000, I worked for African Banking Corporation (ABC) as a senior HR officer.

I left the banking industry the following year to join the Standard Group as the legal and HR manager where I worked between 2001 and 2006 before joining Faulu Kenya.

While in Faulu, I did a Masters degree, majoring in business and entrepreneurship. Between 2014 and 2018, I teamed up with a partner and opened a private law firm.

At the same time, I went into politics and contested in 2017, in Nyamira. It was driven by a desire for community service. The following year, I responded to an advert in the local media that sought to fill vacancies in the IPOA board.

After a rigorous and competitive process, that included interviews by the PSC and the vetting by the National Assembly, His Excellency. President Uhuru Kenyatta appointed me IPOA chairperson.

Through my career journey, my spouse has supported me.

I also appreciate President Kenyatta for trusting me with such a huge responsibility.

My advice to the Kenyan youth is that education still has its very enviable place in making communities better and prosperous.

All The Trending Pics This Monday < Previous
Title Hopefuls in Top 5 European Leagues Next >
Recommended stories you may like: