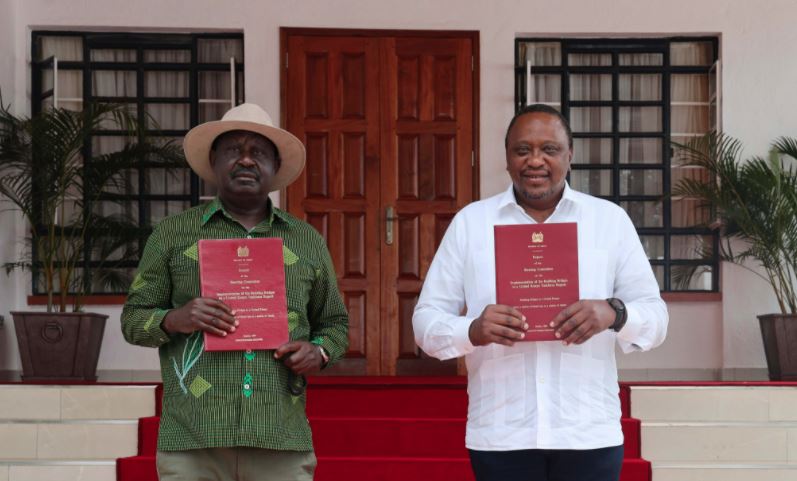 At the same time, the President extolled the document as a road map to a more cohesive, progressive and equal Kenya.

He thanked the BBI Steering Committee led by Garissa Senator Yusuf Haji for the good work and called on the team to ensure the report is shared widely.

“Let us read it as individual citizens because it is about your life, the life of your children and your children, children,” the President emphasized.

The Head of State cautioned the political class against trivializing the document and encouraged them to show statesmanship by constructively discussing proposals contained in the document.

“I want to plead with my political colleagues, that this is not the time to bring divisions but a moment to bring Kenyans together. We are not looking for the things that we disagree on. We are looking for a consensus,” the President said.

“We have an opportunity to look at those things that make us not move forward. It is a moment for us. It is an opportunity where am encouraging each one of us to read with a view not of contestation but of making it even better,” he added.

He said the BBI process provides all Kenyans with an opportunity to interrogate issues that have been causing divisions in the country with a view of finding lasting solutions.

The Head of State announced plans to hold a national stakeholders meeting at the Bomas of Kenya next week to discuss and build consensus on the BBI process. 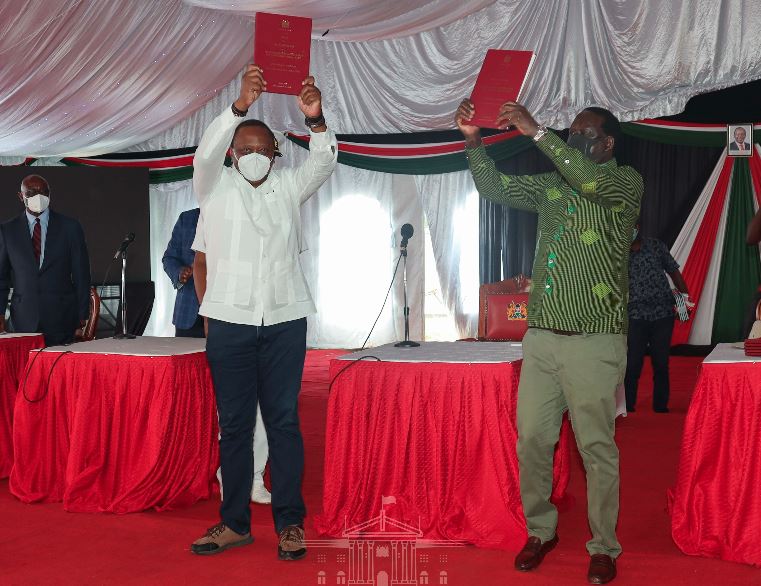 “We want Kenyans to absorb it. It must be circulated widely before Monday. We want this to be a national dialogue.

“I know there are a lot of good proposals. I hope and pray that we shall internalise this and turn this into a national dialogue,” the President said.

Once again, the President cautioned politicians against politicizing the BBI process saying the current constitutional moment should not be lost.

“If you are seeking a position of leadership, you would want to seek this in an economically strong environment, I believe you will be seeking where people have hope, where the youth are economically empowered. Let us work together, the success shall not belong to an individual but to the people of Kenya,” he said.

Mr Odinga joined the President in congratulating the BBI Steering Committee saying the document is key to the prosperity, stability and unity of Kenyans.

The former premier regretted that some national leaders were opposed to the report even before reading it.

At the meeting attended by hundreds of Kisii residents, the opposition leader expressed optimism that the country will be able to strike a national consensus on the BBI process.

“We are certain that we shall find consensus. We are determined to achieve that before the next General Election. It’s not about making Odinga president or Uhuru PM. That’s propaganda,” Mr Odinga said.

Earlier, President Kenyatta handed over a brand new 62-seater bus to Kisii based Shabana Football Club and urged the team to work hard and win trophies.

The President assured the team that the national and County Government of Kisii will collaborate in the upgrading of Gusii Stadium which is the team’s home ground. 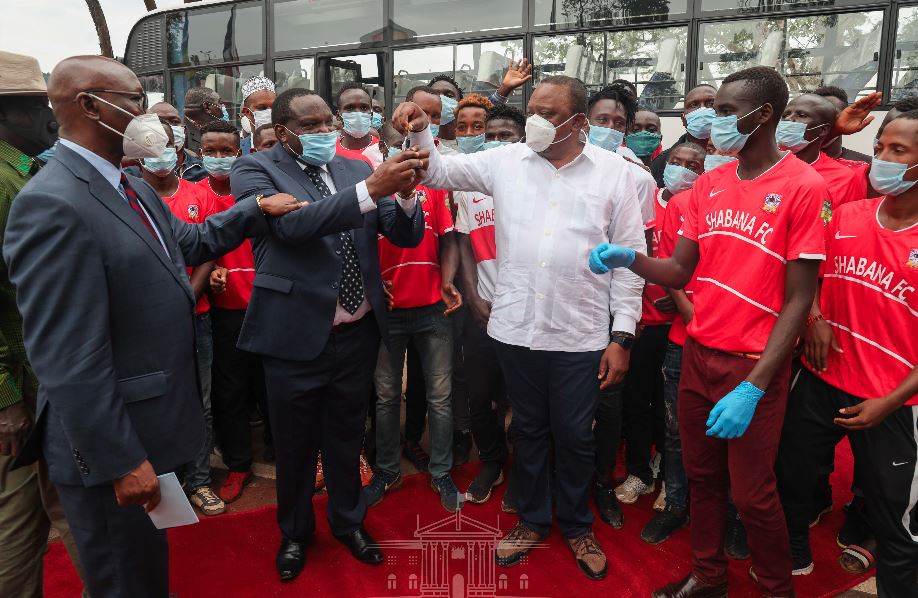 Ruto – A Wheelbarrow Means Two Different Things To Two Different Sets Of People < Previous
The Top Stories on the Internet Today (Friday October 23) Next >
Recommended stories you may like: