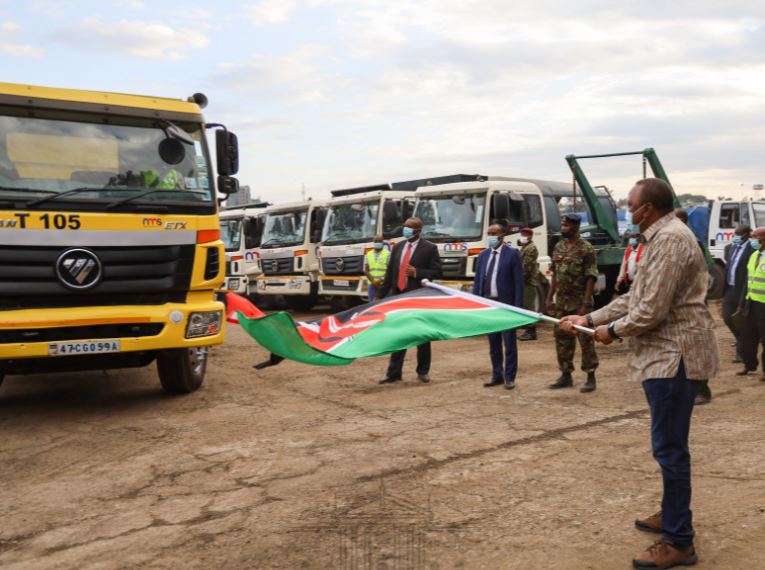 President Uhuru Kenyatta has urged Kenyans working in different sectors of the economy to emulate the efficiency exhibited by the Kenya Defence Forces (KDF), saying that would ensure effective and timely delivery of services.

The President, at the same time, commended KDF for its professionalism that has seen it serve the country with great distinction.

“If all of us in Kenya operated and behaved; and loved and served their country in the manner in which our Kenya Defence Forces does, Kenya would today be a great country. And we all have a big lesson to learn,” President Kenyatta said.

The Head of State spoke Tuesday at the Nairobi Metropolitan Services (NMS) garage in industrial area when he flagged off 83 vehicles that were rehabilitated by the state agency.

NMS restored the vehicles, which had been lying at the facility as scrap metal for years, at a cost of Kshs 22 million in a span of two months following the handover of the running of the garage to NMS by the Nairobi City County.

President Kenyatta expressed optimism that the remaining 80 grounded vehicles at the garage will be repaired in the next two months and be ready to serve Nairobi residents.

At the same time, the President dismissed claims that deploying KDF in service delivery was militarising the country.

“I have no such intention (militarising the nation). But it is only a fool who would not use those who can perform to help him achieve his intended goals.

“I am not militarising anything. I am using reliable Kenyan citizens to fulfil my agenda for this Republic. And the KDF are part of us and are also part of our citizens,” the President said.

The Head of State cited several infrastructure projects including rehabilitation of railway lines, the port of Kisumu and restoration of ships as some of KDF’s recent achievements. 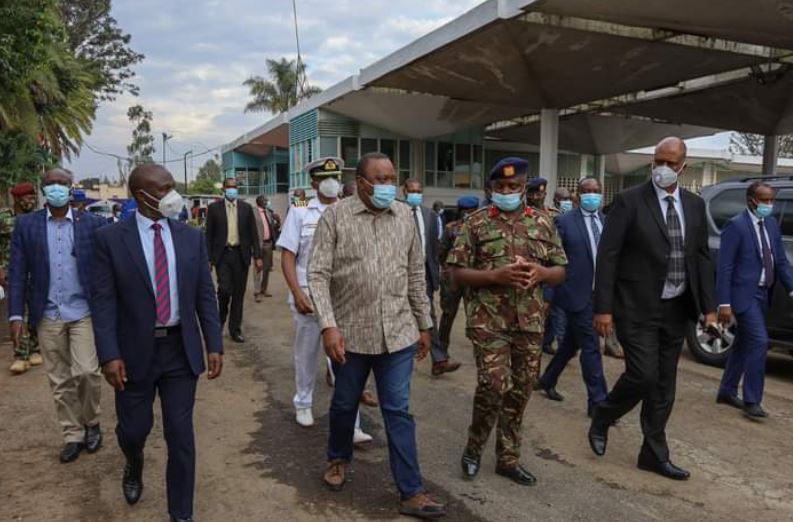 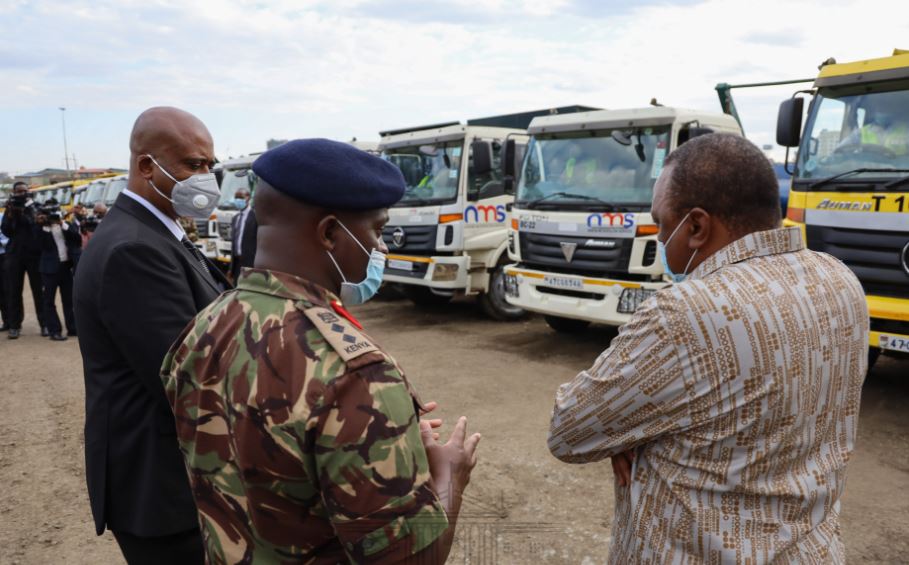 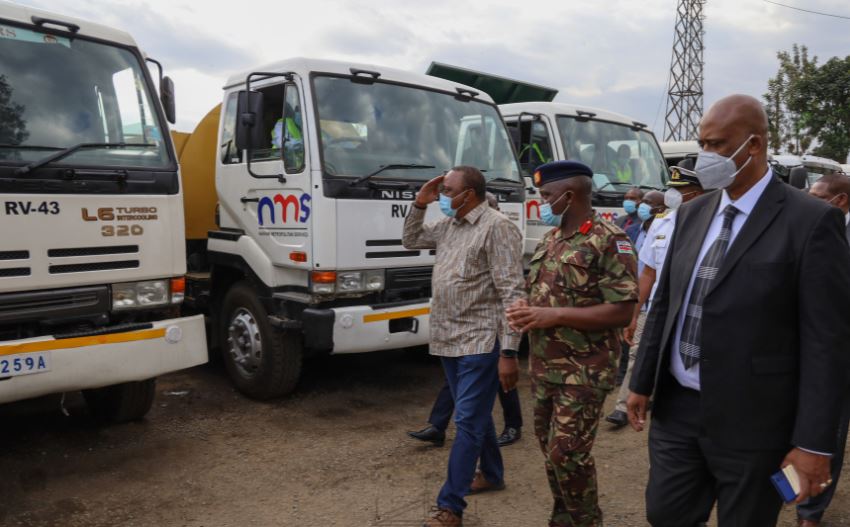 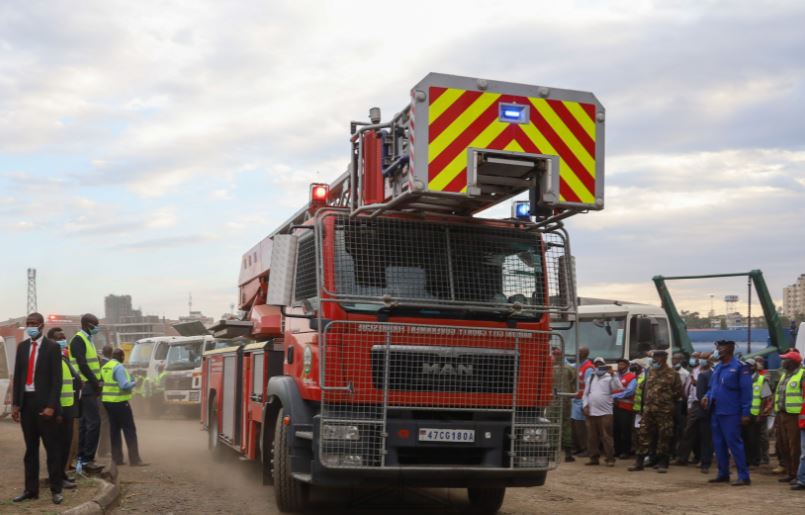 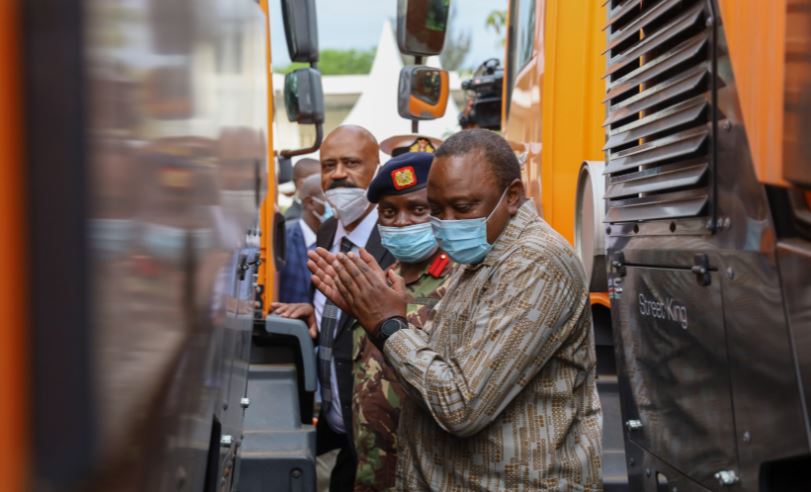 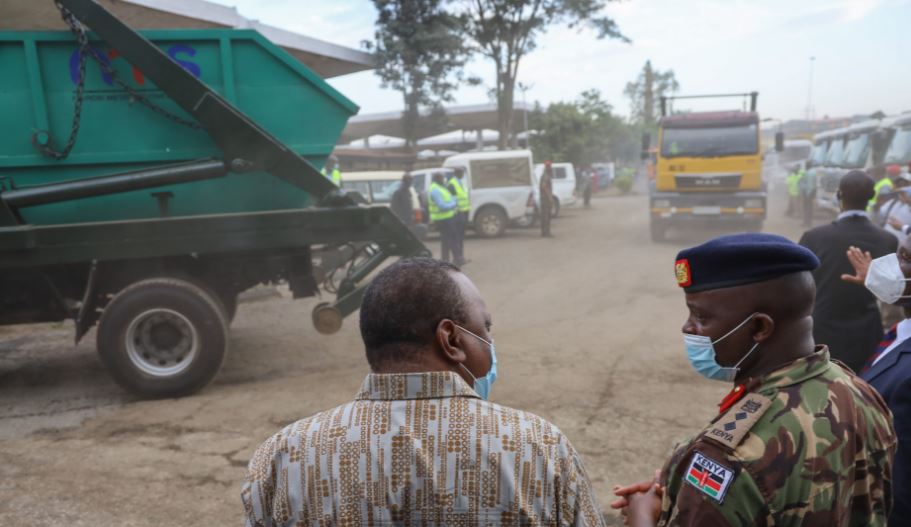 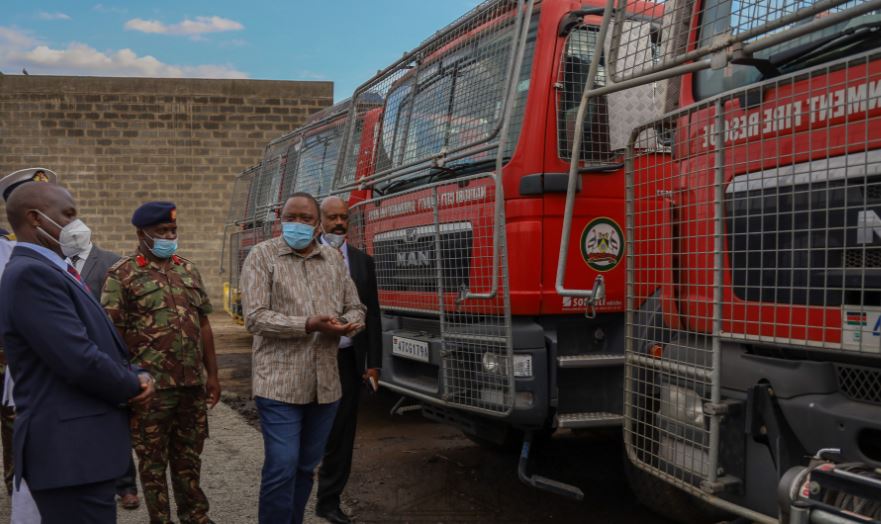 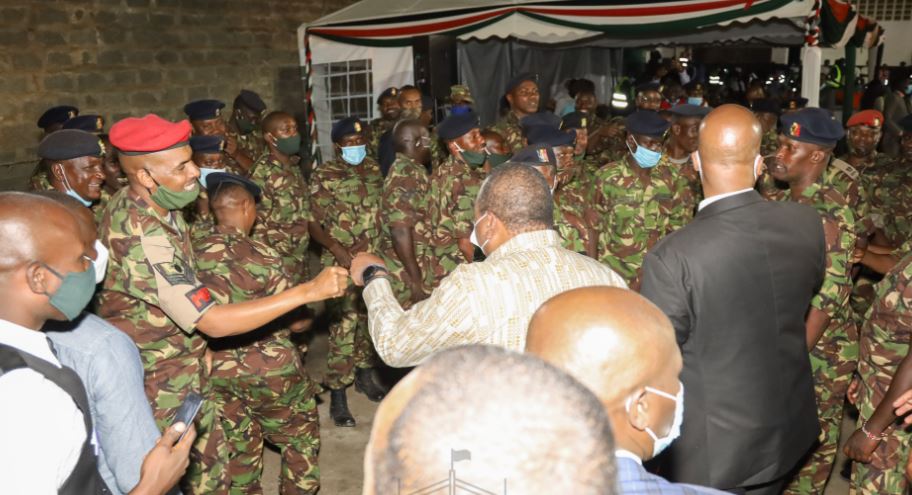