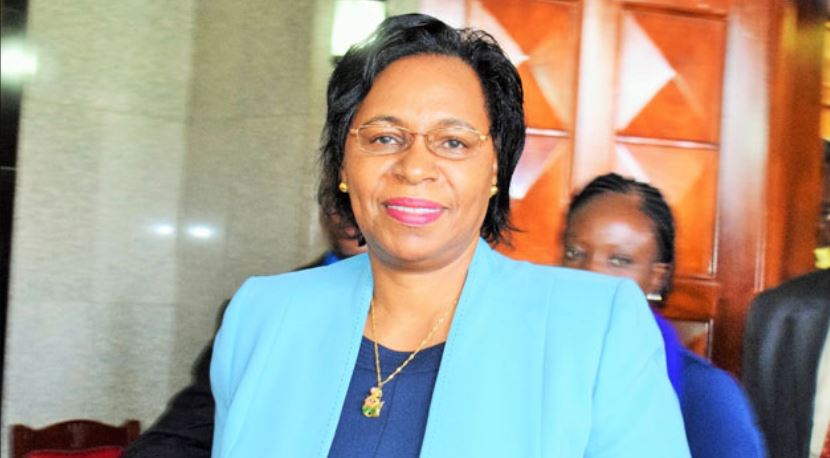 The current accumulated pensions bill is estimated at Sh100 billion annually, and with the pending unprocessed applications and thousands others hitting or nearing retirement age, there is a real possibility of aggregate pensions clocking Sh159 billion in the next two years. What is the government’s policy to tame spiralling pensions bill? Could the government consider consolidating all pensions under the Retirements Regulatory Authority? Elly Owiny Kotieno, Kisumu

The pension wage bill has continued to increase over the years and is projected to increase to over Sh100 billion in the current financial year, 2020/21. To ensure sustainability of the public service pension wage bill, the government is implementing pension reforms including harmonisation of pension policies for the public service and introduction of a contributory pension scheme for public servants. It is already work in progress. The government has gazetted January 1, 2021 to be the commencement date of the Public Service Superannuation Scheme (PSSS) Act. The employee and employer contribution will be at the rate of 7.5 per cent and 15 per cent of the basic salary respectively. This aims to bring under control the spiralling pension expenditure in the medium and long-term and free more resources for government development projects in other critical sectors of the economy.

The PSSS scheme covers teachers, civil servants and disciplined services (police, prison officers and NYS) and any other service that the Cabinet Secretary for the National Treasury determines as ‘public service’ for the purposes of the Act. The PSSS, like other Public Retirement Pension Schemes, is under the regulation of the Retirement Benefits Authority.

Can we trust the Cabinet that it means well for the country when it is fronting selfish agendas in these difficult times Kenyans are going through? Ann Njoki Njung’e, Limuru

There are principles of governance that inform the conduct of public servants and these are clearly articulated in various Articles of the Constitution. Chapter Six on Leadership and Integrity prescribes the conduct of State officers and Chapter 9 Article 153 enumerates responsibility and accountability in Cabinet. Chapter 13 Article 232 covers principles and values of Public Service. There are checks to ensure integrity is at the core of conduct of all public officers.

The public service one-year internship programme that was started last year has now prepared its first batch of 3,100 inaugural graduates. What plans do you have to absorb them into public service? Raphael Obonyo, Nairobi

The government maintains a data base of all beneficiaries of the programme and keeps track of their progress. The programme is working amazingly well. Already, some interns have been absorbed by the organisations they were deployed to after proving their competency. Others applied and were competitively appointed for positions advertised by the Public Service Commission, while others have left to pursue careers in the private sector. For those who will not have found substantive positions at the expiry of the internship period, they will be considered competitively alongside other deserving applicants for any Public Service jobs advertised by the Public Service Commission.

With only 20 per cent female MPs, Kenya ranks 76th among the top 100 countries, according to the World Classification of Women in National Parliaments, well behind Rwanda and Uganda, where women occupy 56 per cent and 30 per cent, respectively. What practical steps have you taken to ensure women are involved in the socio-economic and political spheres? Raphael Obonyo, Nairobi

In line with our mandate, the ministry has prioritised women’s economic empowerment through financial inclusion and capacity building of women entrepreneurs and women-led businesses. This is implemented through three affirmative action funds that target women specifically

The Women Enterprise Fund provides accessible and affordable credit and business support services to women entrepreneurs to start or expand business for wealth and employment creation. Second is Uwezo Fund which aims to expand access to finance for the youth, women and persons with disability at the constituency level for businesses and enterprises development. Third is the National Government Affirmative Action Fund (NGAAF) whose objective is to empower vulnerable groups in the society to improve their well-being.

The government has also provided to the marginalised — women, youth and persons with disabilities — opportunity to do business with government through the Access to Government Procurement Opportunities Programme (AGPO). By April 2019, AGPO statistics indicated that tendering had increased to 45,812 tenders being awarded to youth (44 per cent), women (53 per cent) and persons with disabilities (three per cent)-owned enterprises. The impact of these funds has been phenomenal.

You recently tabled before the Senate a report on the distribution of senior positions in the national government across all communities. What have you proposed as a way forward in this matter? Dan Murugu, Nakuru

Chapter Four Article 43 of our Constitution on economic and social rights enshrines fair treatment to all Kenyans. Recruitment in the Public Service is awake to this provision and is undertaken on the basis of fair competition and merit; representation of Kenya’s diverse communities; adequate and equal opportunities to all gender, youth, members of all ethnic groups, persons with disabilities and minorities. Progressively, the provisions of the Constitution will ensure fair inclusivity.

Unlike at the Teachers Service Commission, in public service those who graduated recently are absorbed leaving out earlier graduates. I think this is unfair. What is your take? James Njoroge Kimani, Subukia

There are guidelines that guide recruitment protocols in every organisation. In the Public Service, the factor of year of completion of candidates is considered alongside other factors stipulated in the Constitution and relevant legislation. Recruitment in the Public Service is undertaken on the basis of fair competition and merit; representation of Kenya’s diverse communities; adequate and equal opportunities to all gender, youth, members of all ethnic groups, persons with disabilities and minorities.

Given the higher retirement age for judges and professors at public universities, why is the same not extended to some cadres in the mainstream civil service? Githuku Mungai, Nairobi

Different occupations have varied physical, mental and emotional demands on the job holders and thereby necessitate the setting of varying retirement ages. There are management considerations as well. Some job descriptions are extremely specialised and require extensive training and experience that the public service is keen to use to the full benefit of the country. Such personnel may be requested to continue serving for longer than usual. Increasing the mandatory retirement age would also pose succession management challenges in the Public Service.

On several occasions, a bill to entrench the two-thirds gender requirement has been brought to Parliament and defeated. What has been manifestly wrong with the bills? Francis Njuguna, Kibichoi

The not more than two-thirds provision of the Constitution has contributed to a steady rise of women occupying various decision-making positions. There are more women in Parliament and county assemblies. For example, following the 2017 General Election, women accounted for 33 per cent. From the year 2009, women ministers were only three out of 20 compared to seven women Cabinet secretaries out of 21 in 2020, translating to 33 per cent. There has been remarkable progress within the Judiciary, where women comprise 28.6 per cent in Supreme Court; 36.8 per cent in Court of Appeal; 48.8 per cent in the High Court; and 53.5 per cent of magistrates. Also significant is that women are occupying strategic dockets given that for the first time in Kenya’s history we have the first female Auditor General while the positions of Budget Comptroller, Commission on Revenue Allocation and the Salaries and Revenue Commission are headed by women. Within Parliament, women are also heading important portfolios such as the National Assembly Finance Committee, among others.

Whereas we have not achieved the desired number of women in Parliament, we should continue to work towards the realisation of the not more than two-thirds gender rule considering women comprise 50.5 per cent of the population.

Last year, your ministry and that of the Treasury launched a Rapid Result Initiative on the processing and payments of retired officers. My file was forwarded to the Treasury on October 3, 2019, to date I have not been paid. What could be the issue? Kaburu J. Mbogori

The delay may be due to the manual nature of the process but it is now ready for payment.

Numerous surveys have continued to portray a public service which holds tax-payers in contempt through corruption, delays, absenteeism, arrogance or all sorts of discrimination. What is your take on this and what legacy would you wish to leave in your ministry? Komen Moris, Eldoret

The public service in Kenya has served the country well, providing all the human resource needed for socio-economic development since independence. Indeed, Kenya public service is a successful global winner in innovative service delivery and provides benchmarks for best practice for governments in this region, including Southern African countries. Despite these successes, the service, being a bureaucratic system, has over the years experienced difficulties in service delivery, especially due to long processes and the manual nature of the same. Recognising this, the government in 2003 embarked on key reforms and introduced Results Based Management in the service. These reforms aimed at transforming the service and making it citizen-centric, responsive, efficient and effective. The reforms have continued over the years and ongoing reforms include performance management system; strengthening of the service through succession management, staff redistribution, rationalisation of staff establishment, entry level recruitment, and promotion of competent and qualified staff. We are currently developing a masterplan on rare and critical skills in the public service and introducing uniform norms and standards to ensure consistency and harmony across the public service. Internally, we are enhancing staff welfare through provision of Civil Servants Medical Scheme, introduction of a Group Life Policy, Contributory Pension to enhance retirement benefits.

To make the public services more accessible to citizens, the government has instituted service digitisation across the functional areas in the public service. Of note, is the establishment of the Huduma Kenya Programme. This is a one-stop shop for highly sought public services. Currently, Huduma has on boarded about 112 services in all the 52 centres across the republic.

We have seen some international lenders like the International Finance Corporation (IFC) providing millions of dollars to financial institutions to lend to SMEs. Unfortunately, Kenya’s banking sector still requires collateral in the form of title deeds to advance credit, yet our youth and women do not have such collateral. What is your ministry doing to ensure that youth and women are not discriminated by these financial institutions when seeking post Covid-19 recovery support? Elisha N Oduor, Nairobi

Kenya is working on a comprehensive strategy to boost recovery of women and youth-led businesses that have suffered disruptions linked to Covid-19 pandemic. The government has developed an inventory of female and youth-owned enterprises that have suffered due to the pandemic, to facilitate their bailout. The women and youth led businesses will benefit from a stimulus package launched by the government in April to bailout local start-ups affected by the pandemic. This is being done through semi-autonomous government agencies within the ministry, namely; Women Enterprise Fund, Uwezo Fund and National Government Affirmative Action Fund (NGAAF)

The government is also working on a bailout strategy with financial institutions such as IFC to restore the SMEs to profitability. Youth and women-owned enterprises will benefit from LPO financing from commercial banks that have received credit from IFC. The government will also engage the financial institutions to see ways of relaxing the issue of collaterals to youth, women and PLWDs-owned enterprises.

CRAZY: Funny Pics/Memes Going Viral on Kenyan Social Media < Previous
The Trending Images This Monday Next >
Recommended stories you may like: