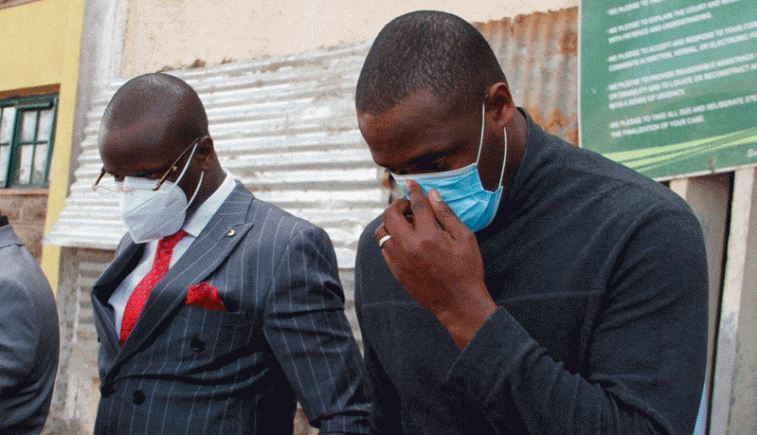 A company that murder suspect Chris Obure has leadership authority in paid for a Galana Suites apartment and cars belonging to the deceased Kevin Omwenga, police have testified.

In an affidavit to oppose Obure’s bail, Sgt Bashir Boya said investigations have revealed that Obure and the deceased were acquaintances even though the suspect denied knowing Omwenga.

“Investigations and documentary evidence have shown that although Obure had denied having any business or a strong relationship with the deceased, there is strong evidence that Omwenga’s apartment and vehicles he claimed to own were fully paid for by Global Jet a company that Obure has leadership authority in,” the affidavit reads in part.

The court also heard that Obure is a team leader with aspects of leadership at Global Jet International and has his offices at Senteu Plaza where police believe he exercises full decision making responsibility.

According to Sgt Boya, Obure and his bodyguard Robert Bodo acted jointly in the murder of Kevin Omwenga given that Obure allowed Bodo to access his firearm in a safe in his office.

The state seeks to have both Obure and Bodo denied bail on grounds that they will interfere with witnesses who are employees of Global Jet.

Meanwhile, the prosecution added more charges against Chris Obure over his firearm.

In a charge sheet presented before the court, Obure is accused of failing to secure a firearm contrary to the firearms act.

It is claimed that on August 21 this year at Senteu Plaza, while being a licensed firearm holder, he unlawfully allowed his firearm to be used by Robert Bodo to advance the cause of murder.

Obure also faces another count of failing to secure the ammunition.

Obure did not appear in court to answer to the charges on Thursday. The court heard that he had been taken for a COVID-19 test.

The businessman is expected to be availed in court today for plea taking.

Congolese National Charged In Kevin Omwanga Murder Case < Previous
The Trending Pics This Friday Next >
Recommended stories you may like: