Comedian YY Speaks On Covid-19 Being a Blessing in Disguise, His Role Model, Going International 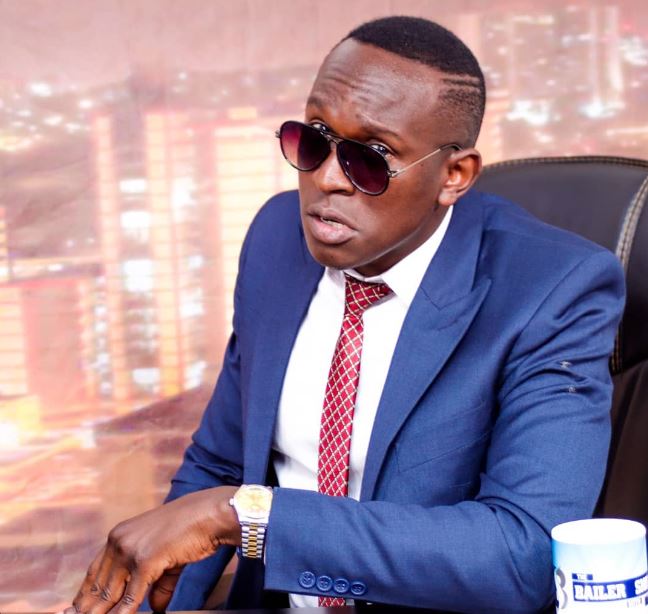 Churchill Show comedian Oliver Otieno aka YY spoke to ‘People Daily’ about his career as a comic and why Covid-19 is a blessing in disguise.

How and when did you get into comedy?

The journey has been long. I am still travelling it and I am not sure when or if I will ever arrive.

I started from Kenyatta University Theatre group and participated in many unsuccessful acting auditions including Tahidi High in 2012.

I later got a role as an extra in a TV series Lies That Bind that same year, then I decided to join Churchill Show in 2013—one of the hardest platforms to ever join. It was a competitive and tough ground.

Where did your stage name YY come from?

That was my late dad’s name. I heard it was given to him by his Kalenjin friends to mean an outgoing person who’s a scatterbrain (a person who is forgetful, disorganised, or unable to concentrate or think clearly).

Why do most of your comedy seems to revolve on your mum.

Not really. I do jokes about every aspect of real life situation except tribal jokes.

It just happen that people relate more to mama’s jokes more because it’s a part of their lives and the nostalgia can’t be ignored.

My mum is significant to me as I have spent 90 per cent of my life with her.

What did you study at the campus?

You are currently doing Jeke Live interviews on your YouTube channel instead of comedy. Why is it so?

Let me correct you; I am not replacing anything with stand-up comedy. Never! Jeke idea was born as a defense mechanism against the Covid-19 pandemic—the working from home things you know.

I heard comedian Eddie Butita talk like Senator Wetangula and I was like “can I interview you as Jeff Koinange?”

So, we did it, then I created the Miguna Miguna character and the rest just happened. Stand-up comedy is my main thing and it’s what I do best.

Would you say the pandemic has contributed to your breakthrough on YouTube?

Jokes aside, yes! The pandemic has just revealed to me that I can really be a hard working young man. It is a blessing in disguise.

I have been more productive than before. Shooting and posting 11 long videos on YouTube in a week is a record no one has ever achieved in the East African comedy circles.

I thank God for showing me the extent in which my potential can conquer.

Do you watch other comedians?

Yes I do. I love Dave Chapelle and Chris Rock because their thinking is on a wavelength that I am looking upto.

I am a thinker and a lover of information. In Kenya, I watch everyone as we have the best talents in the continent, but I acknowledge Butita’s creativity.

How do you scout for guests on your online shows?

I just ask them for videos, which I then watch and listen to keenly. If someone isn’t there yet or close to appealing, I text them on what to change and let them practise it until the greatness is due.

Whom do you look up to as a role model?

What would you advise comedians out there who are undergoing depression due to lack of events during this pandemic period?

Everyone may go through depression as we don’t choose it, but how we handle it is our choice.

Drugs and substance abuse isn’t one of the ways to manage it. Instead, it sinks and drowns you even deeper. Remember, choices have consequences.

Is there something we don’t know about YY?

Tell us about your aspirations?

I will take Kenyan comedy to the next level; it has to go international. That’s my dream.

Hilarious Posts by Kenyans on Social Media For Your Monday Blues < Previous
One On One With COTU Boss Francis Atwoli Next >
Recommended stories you may like: