Maureen Waititu, Milly Chebby Team Up in Joint YouTube Show, ‘This is Mamiz’ 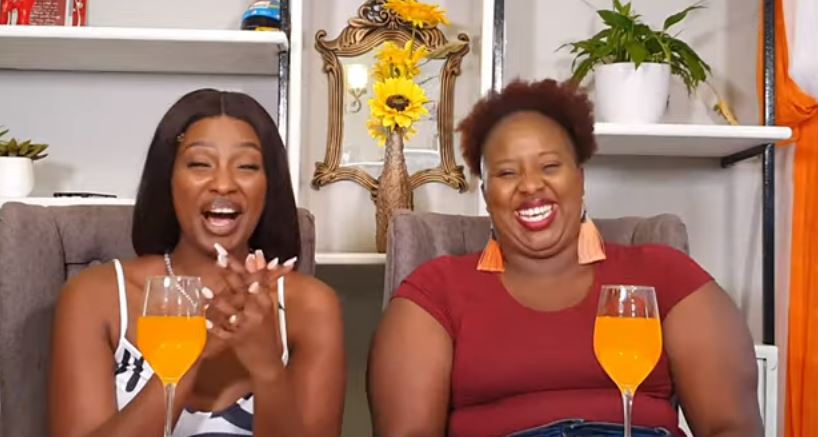 Dubbed “This is Mamiz”, the show premiered Tuesday and aired on both of the lifestyle vloggers’ YouTube channels.

The pair announced the new show on their respective Instagram pages that command a combined following of over 400k.

Ms Waititu, who boasts 286k followers on IG and 40K subscribers on YouTube, wrote: “@millychebby and I have finally brought our baby #MAMIZ to life!”

On her part, the wife of comedian Terence Creative told her 124k followers on IG: “Today a new baby premieres on our @youtube at 3 pm please catch @maureenwaititu and I as we bring you MAMIZ… “

In the first episode of ‘This is Mamiz’, the pair said the show is about their motherhood experiences, including the challenges they face raising their children as new mothers.

Maureen revealed that she got pregant barely weeks into her Kenya School of Law exams and had to choose between motherhood and finishing school.

“For some reason, I knew I’d always have boys and always wanted to be a more present mom for my boys. That’s why I never went to practice Law.

” I got my baby [Lexie] 3 weeks before KSL exams but I was ready for the exams. However, my son got Jaundice and I had to postpone my exams. Kai Kai on the other hand was an oopsie baby, I was on birth control at the time but it failed me miserably. Either way, I love them to bits!” she said.

On her separation from her baby daddy, Frankie, Maureen said her parents’ separation had prepared her enough.

“I’ve never heard my mum talk ill about my dad and despite having my reservations about Frankie, I will never tell it to my kids,” she stated.