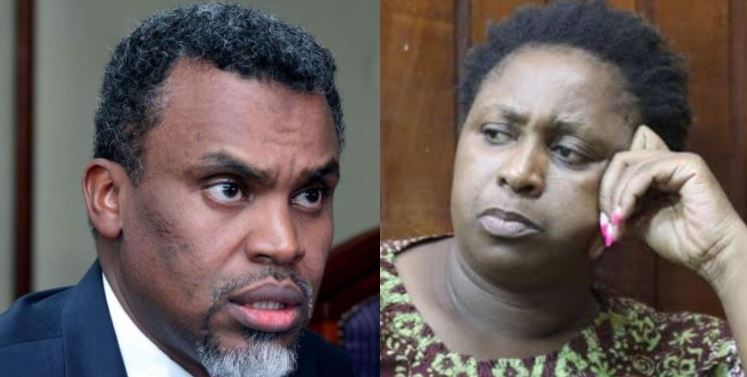 State prosecutor Noordin Haji is not resting on his laurels this week after ordering for the immediate arrest of Malindi MP Aisha Jumwa.

Just hours after giving the green light for the prosecution of former Kenya Ports Authority (KPA) Managing Director Daniel Manduku, Haji called for the Malindi MP and 7 other suspects to be brought to book over alleged misappropriation of Sh19 million NGCDF cash.

It had been alleged that Jumwa through her proxies fraudulently received funds amounting to Sh57 million but the DPP was only able to establish the misappropriation of Sh19 million.

Haji established that the amount was paid to Multserve Contractors Ltd for the construction of the Malindi subcounty education office.

He said in a statement that the procurement process spearheaded by the Fund Account Manager and the Tender Committee was “awfully flawed and marred with irregularities and skewed in favour of Multserve Contractors Limited.”

Haji said Sh2.5 million of the Sh19 million was illegally transferred to Ms Jumwa, which amounts to conflict of interest.

The suspects will be charged with conspiracy to commit an offence of corruption, willful failure to comply with law related to procurement, conflict of interest, money laundering, acquisition of proceeds of crime, forgery and uttering. 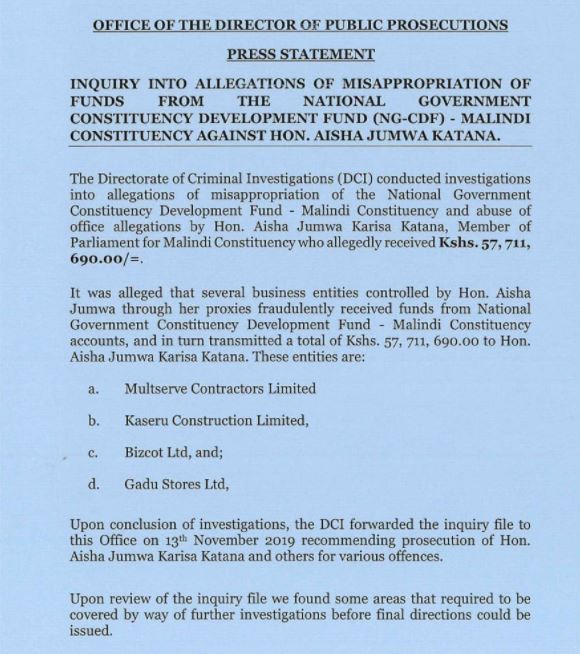 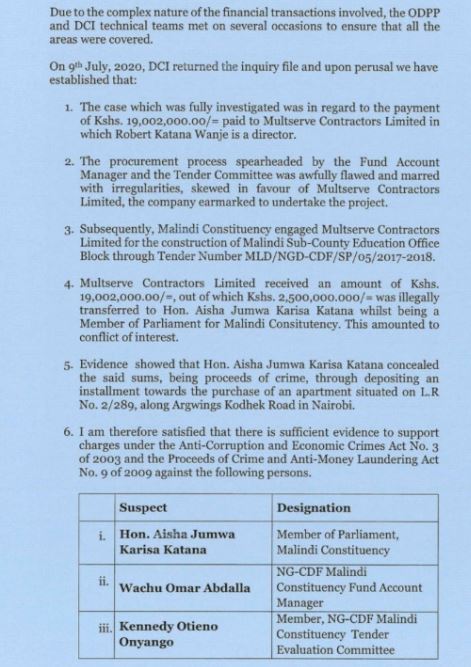 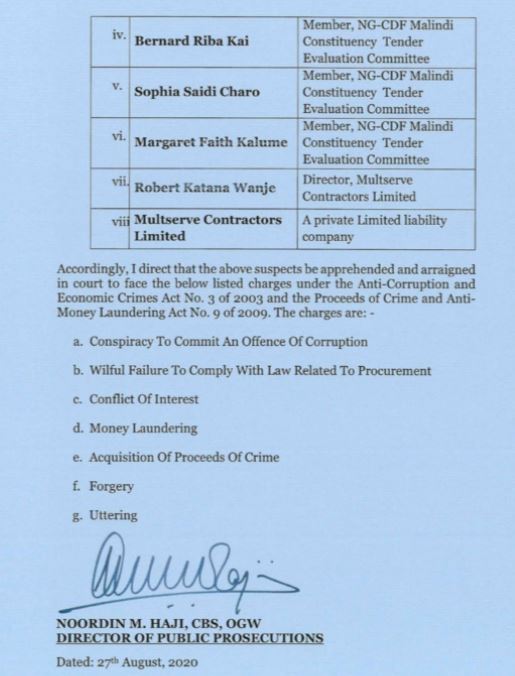