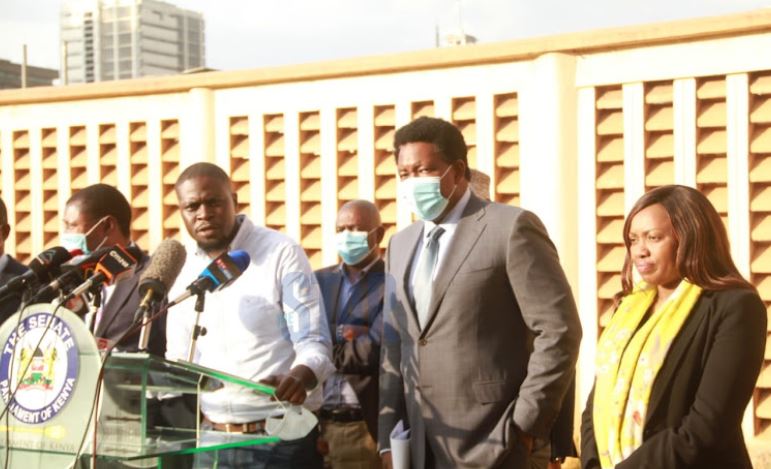 After eight days of discussions, a breakthrough has been reached on the controversial revenue sharing formula among counties.

The 12-member Senate committee co-chaired by Bungoma Senator Moses Wetang’ula and his Nairobi counterpart Johnson Sakaja, announced Wednesday that a deal has been brokered.

They however did not disclose the formula they have agreed on, saying a report will be made public in the coming days.

Wetang’ula said the formula will be made public by Speaker of the Senate, Ken Lusaka.

“We have made tremendous progress. We are making the final bend. Tomorrow (Thursday) we shall present our formula in the form of a report to the House leadership led by speaker Kenneth Lusaka,” Wetang’ula said.

The Bungoma Senator assured that the stalemate which ‘has been on the media and everybody’s lips’ will come to an end.

“We have had in-depth long winding deliberations trying to give the country a fair formula of sharing revenue among counties,” Wetang’ula said.

Sakaja noted that the Senate committee has made a determination after considering all the proposals presented to the panel by various senators, commission on revenue allocation and the National Treasury.

Should the House leadership agree with the committee proposal, the speaker shall gazette a special sitting of the Senate to approve the formula.