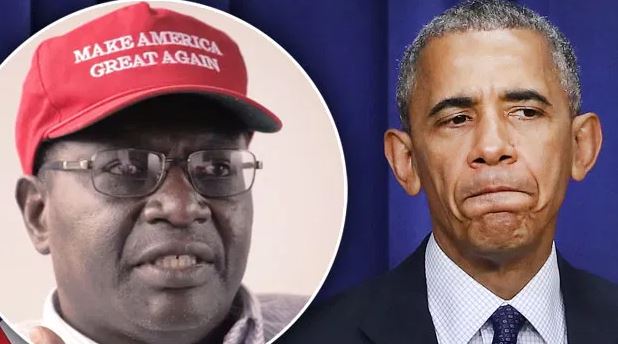 Always spiteful of his more successful brother, Malik Obama has become a darling of US conservatives including President Trump.

His tweets have often been retweeted by Trump, and his latest will particularly be loved by Trump’s supporters.

For many years, Trump has championed the conspiracy theory that President Obama was not born in the US, which would have disqualified him from running for president. He said that the former president was born in Kenya and regularly chided him and demanded he shows his birth certificate.

That eventually happened when the state of Hawaii where he was born released the certificate. But conspiracy theorists have never let the topic die.

On Monday night, Malik revived the birth certificate nonsense by tweeting an image of what he implied was the real Obama birth certificate. It shows that he was born at the Coast General Hospital in Mombasa, on 4th August 1961.

This certificate has been spreading on the internet since Obama’s first term, and has been debunked time and again to be a Photoshopped document.

The most glaring error in the forgery is the fact that Kenya is listed as the ‘Republic of Kenya’.

From the listed date, it would be 2 more years before Kenya gained independence and 3 years to adopt the name ‘Republic’. Meaning the forger of the document missed this small historical detail.

The age of Obama’s father is also incorrect.

The certificate has also been revealed to be an exact copy of an Australian man’s birth certificate, minus the names.

After tweeting the fake image, the voice of reason came from a very unlikely source – Miguna Miguna.

“Chief: Let your brother live in peace. Stop helping @realDonaldTrump– a white supremacist – smear your brother in the mud,” he tweeted.

“Why don’t he speak up for you? He’s fake,” Malik responded.

In a subsequent reply to the Kenyan-Canadian, Malik somewhat revealed his motivation in smearing Obama’s name every chance he gets. He accused him of being ‘stingy’ and turning his back on him. 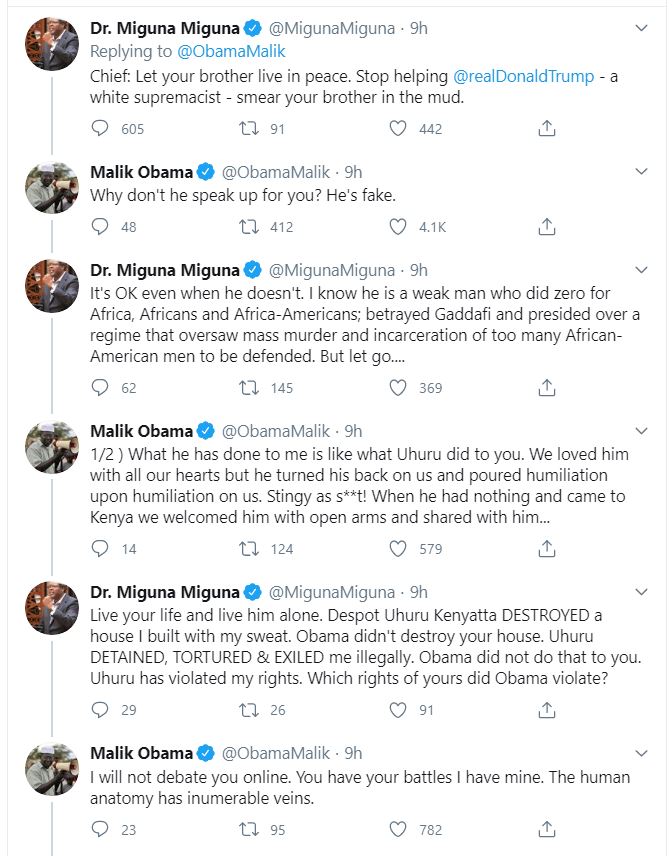 Man, 67, Commits Suicide After Being Caught in the Act With a Neighbour’s Sheep < Previous
The Top Stories on the Internet Today (Wednesday June 17) Next >
Recommended stories you may like: