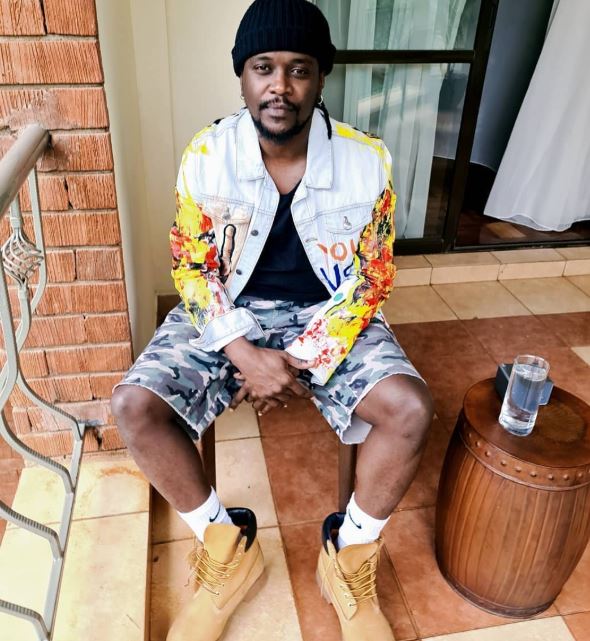 Nyashinski has added his voice to the ongoing condemnation of police brutality in Kenya and the U.S.

In a post on his socials, the rapper disclosed that he has been a victim of police harassment and even lost friends in the hands of law enforcers.

“Police brutality and murders have become so bad and common here in Kenya. It pains me deeply. I’ve been harassed by cops, my friends have been harassed and I’ve even lost friends to police bullets and my story is NOT unique. Now, they are using this Corona curfew as an excuse to brutally beat us and even shoot us,” he wrote.

He added that Kenyans can relate to the murder of George Floyd.

“You’re killing your own and thinking you’re doing a great job or thinking you are big and strong. When will enough be enough? How many “justice” hashtags do we need to be heard? I mean, what the f*ck?! It’s so sad and especially us Kenyans relate with #GeorgeFloyd in so many ways,” said Nyashinski.

He further condemned racism saying black people experience the most envy and hatred all across the world.

“All across the world, even in places where we are the majority (like here), we are still terrorized, raped, murdered, wrongly accused, imprisoned, suspected of being violent, abused and treated like we are less than others because of the color of our skin. From the U.S to Arab countries (where some of us go to work) to Europe, even to our own neighborhoods! You name it. Black people experience the most envy and hatred at the same time.

He concluded: “Always remember, a racist is more afraid of you than you are of them and a coward is only courageous with a gang or a gun. F*ck racism and f*ck racists and END POLICE BRUTALITY AND MURDERS!”

The Top Stories on the Internet Today (Friday June 5) < Previous
Washiali: Being Majority Whip is not a Matter of Life and Death Next >
Recommended stories you may like: