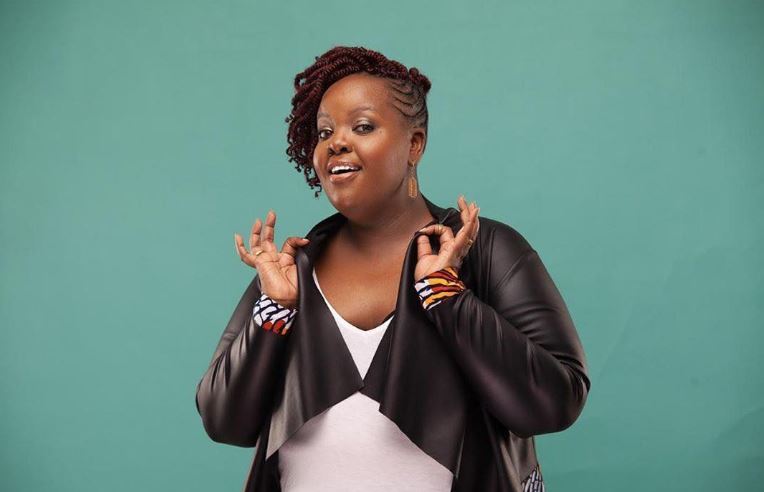 Sharon Nderitu, aka Shazz, is quite the Jill of Trades; she is a stand-up comedian, plus size fashion model, an interior designer, mathematics teacher, a blogger, an artist and video-vixen.

She has also played in several theatrical productions, most recently in the plays, Decalage and The Vagina Monologues.

Indeed I wear many hats, but I usually wear the one that fits the occasion. Sometimes I wear a sombrero, a Women’s Guild kitambaa or a baseball cap. I am quite adventurous. If I have the slightest interest in something, I won’t hesitate to jump on it. I have been fortunate that some of my blind leaps have been very rewarding, such as plus size modelling and stand-up comedy.

2. Why do some people have a love-hate relationship with curvy girls?

Author Ijeoma Umebinyuo says that you are not alive to please the aesthetic of the colonised eye. For too long, beauty has been defined by European ideals and has considered a very narrow band of physical features such as blonde hair, blue eyes and fair skin.

It is only recently that we have started seeing dark-skinned men and women being portrayed as attractive – and even then, the bias is still skewed towards slim bodies. If there is no place for a black woman, there is definitely no place for a fat, black woman! And yet here we are.

Sometimes people try to silence plus size beauties by citing health concerns, but don’t we have a right to look good? Why should we be forced to “earn” it? It is ridiculous to suggest that because I am fat I should not be seen, should not wear certain colours and should not represent others who are like me.

3. Where can we find your comedy, and who is your fave standup comedian?

My comedy is best enjoyed live. I host a monthly comedy show called Linner with Shazz which is a celebration of comedy, music and conversations. I also perform in events organised by Spare My Ribs, Nairobi Comedy Club, Punchline Comedy, and Stand up collective.

I do not believe there are rules to comedy or that there should be. I like to encourage audiences to look for comedians who suit their particular tastes. I deliberately never make any jokes about God. Faith is holy ground and I dare not to enter sacred ground with shoes on. My relationship with God, however, is a different story.

Locally, I have a special place in my heart for comedians who invited me into the comedy scene and gave me a platform, put me in their comedy shows and encouraged me such as Emmanuel Kisiangani, Mammito, Doug Mutai, Brian Onjoro, Ty Ngachira, Eric Lusava, Jason Runo, Amandeep Jagde, John Ribia, Justine Wanda, Ciku Waithaka, Maina Murumba, George Waweru & David Macharia. Internationally, I admire the works of Ak Dans (South Sudan), Long John (Zimbabwe) and Don Andre (Uganda).

4. Why did you climb Mt Kilimanjaro?

I climbed it because I had been offered a chance to, and I said yes before I figured out how I would do it. I am not a seasoned climber, but I wanted to confirm that I could climb the mountain despite my body size. I was careful not to share the adventure with too many people to avoid fat-phobic comments and questions such as, “utatoboa kweli, na vile umenona kunona?” My sister Terri has climbed more mountains than me, and she encouraged me to do it. 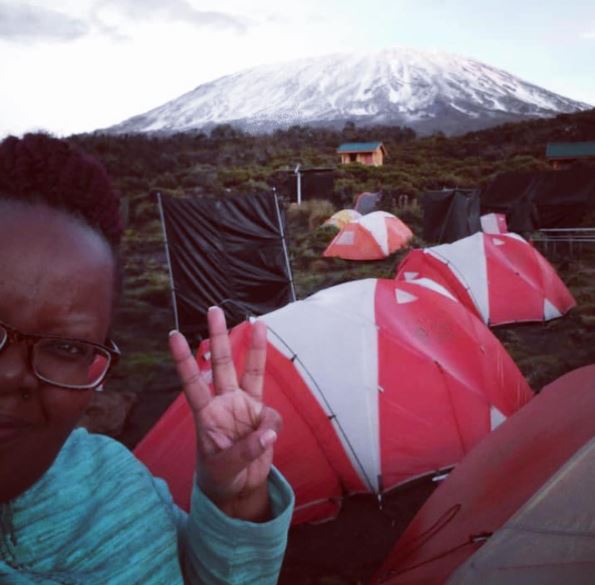 5. What do you think your role is in re-shaping Kenya?

Every time I think about politicians’ failed promises, I remember that I can do something. I can change my surroundings. I keep asking myself, are you fair to your colleagues? Are their wages fair? Are their working hours fair? Do you treat them with respect? There is a bible verse my parents taught me that says, “What does the Lord require of you? To act justly, and to love mercy and to walk humbly with your God.”

Things to Know About Podcaster, Blogger Mwende Ngao < Previous
My Story: Navigating Pregnancy During COVID-19 Pandemic Next >
Recommended stories you may like: