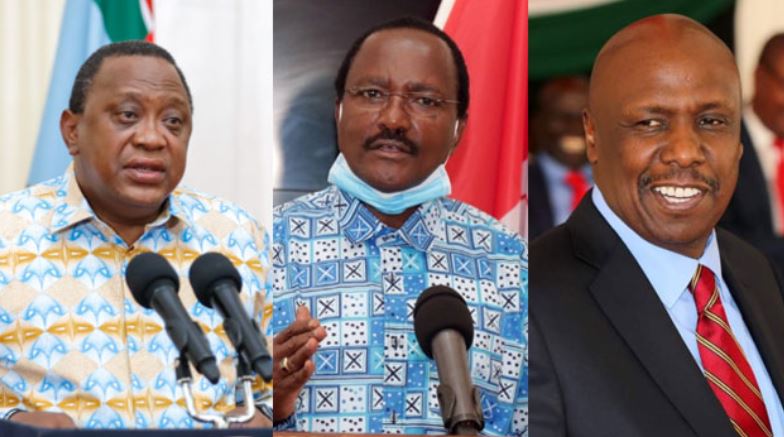 Wiper Democratic Movement is open to a post-election coalition with the ruling Jubilee Party and KANU, party leader Kalonzo Musyoka has said.

Speaking in an interview on Citizen TV Monday morning, the former vice president said Wiper’s National Executive Council is exploring options of a coalition pact ahead of the 2022 General Elections.

“Wiper will be ready to enter into a cooperation agreement with both Kanu and Jubilee when that time comes. We are open to that,” he said.

“We had our NEC virtual meetings and we agreed that we need to be able to open negotiations and be able to move in that direction, so we are already set,” he added.

Kalonzo, who has an existing pre-election coalition agreement with Raila Odinga’s Orange Democratic Movement (ODM) under National Super Alliance (NASA), however, pointed out that the party is reviewing legal provisions on the modalities of cooperation with Jubilee Party and Gideon Moi-led Kanu.

“The only thing we need to look at as we work towards this post-election agreement is the legality, as we already have a coalition agreement with Nasa, and the need to promote national coalition,” Kalonzo said.

Adding: “As Wiper, we are also consulting with Coalition partners in ODM, ANC and Ford Kenya to be able to see what we can do because I think what the country needs to do is to come together regardless of political persuasion in order to jumpstart the economy.”

Kalonzo also rubbished claims that such an agreement will kill the opposition.

“Even as we look at the post Covid-19 situation, we must look to the future and we have to prepare ourselves for it. It will not be a coalition agreement, but mainly a cooperation agreement. We are looking at it. It does not necessarily mean killing the opposition. Far from it,” he said.

Naivasha Couple Welcomes Quadruplets Two Years After Losing Two Children < Previous
The Trending Images in Nairobi This Tuesday Next >
Recommended stories you may like: