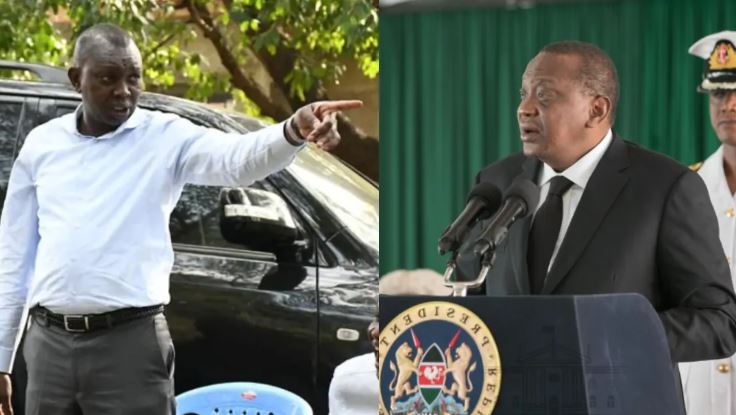 The ouster of Senators Kipchumba Murkomen and Susan Kihika as Majority Leader and Chief Whip continues to draw condemnation from politicians allied to DP Ruto.

Kapseret MP Oscar Sudi is the latest to voice his disappointment; the vocal MP took to his socials to slam President Uhuru Kenyatta.

According to Sudi, the President stooped so low by engaging his juniors in a political dispute.

“We tirelessly campaigned for Uhuru Kenyatta usiku na mchana huku tukiimba UHURUTO tano tena. However, I have never seen a cheap President like Uhuru Kenyatta. How can a whole President fight a woman like Susan Kihika? a young man like Kipchumba Murkomen?. It is shameful for a President to engage in a political tussle with such ‘small’ people,” Sudi posted, adding: “I regret voting and campaigning for him big time.”

The MP further asked the President to tame his greed given that his family allegedly looted all the sectors in the country.

He went on: “I ask the President to tame his greed for power and money as if he’ll live this world for 500 years. In fact God will be kind to us if we manage to exceed 80 years of age because we are both consumers of whiskey.”

“It is sad that people in all slums like Kibra are starving yet the government with all the resources cannot plan on how to feed its citizens. People are so determined to remain in power instead of providing basic things to people at this time of pandemic. The churches are still closed yet they have opened Bars. Useless Uhuru Kenyatta. I dearly regret why I voted for him. Shetani Ashindwe.”

On Twitter, Sudi added: “To President Uhuru Kenyatta, you may have the deep state which is temporary but we have a living God who is permanent.”

The Trending Memes and Tweets This Wednesday < Previous
Senators Murkomen, Kihika Move to the High Court Over “Illegal” Sacking Next >
Recommended stories you may like: