Survivors of Siaya ‘Waterbus’ Accident Recount Ordeal, “It was hell on earth” 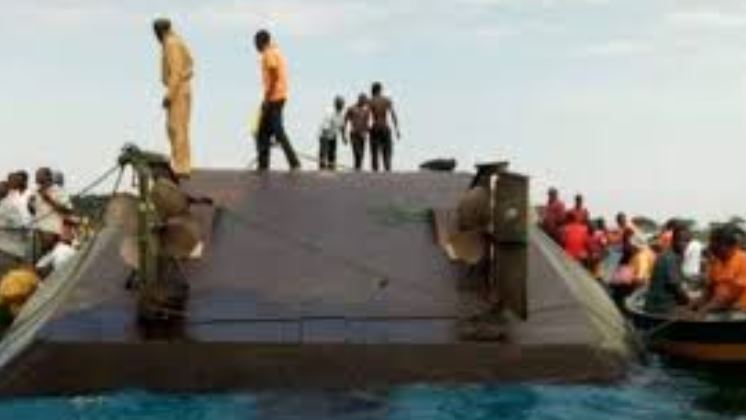 Passengers who narrowly escaped drowning after a boat they were sailing in capsized in Lake Victoria have recounted the ordeal saying their rescue was nothing short of a miracle.

According to Kenya Maritime officials who probed the Saturday evening accident, the Ferry-MV Ringiti, locally known as ‘Water Bus’ because of its resemblance to a bus, broke into three after being hit by turbulent waves due to bad weather.

Siaya County Police Commander Francis Kooli said all the 15 passengers who were on board were safely evacuated to another boat.

Recalling the incident, Paul Otieno, a crew member, said: “It was hell on earth. I saw death coming. We are lucky to be alive.”

Otieno said the journey from Mageta Island had been smooth “but I heard a sudden bang that was followed by the wailing of passengers who were shouting ‘we are sinking’”.

Otieno, who helped rescue his fellow four crew members and passengers, said all hell broke loose as some passengers jumped into the lake and others wailed uncontrollably.

“Some of the passengers did not have life jackets and our crew swung into action and gave them the jackets as we rescued those who had jumped into the water,” he said.

Fishermen operating three boat engines, who were near the waterbus, rushed to the scene and helped rescue the victims.

Martin Siso, a witness, credited the crew for their quick response which led to the rescue.

He said the water bus was being tossed about by strong waves before it suddenly started sinking and loud screams rent the air.

Siso and Jacob Owaki, a coxswain who was navigating a commercial motorboat, helped in the rescue efforts.

“The rescue was successful because the ferry had life jackets for all on board, otherwise it would have been a different story now,” said Owaki.

Authorities said the capsized vessel was damaged beyond repair, and couldn’t be salvaged at the time rescue operations were ongoing.

Man Beheads Wife Then Surrenders to Police Carrying Two-year-old Son < Previous
Health Ministry Appeals to Kenyans to Get Tested After Low Turnout in Covid-19 Mass Testing Next >
Recommended stories you may like: