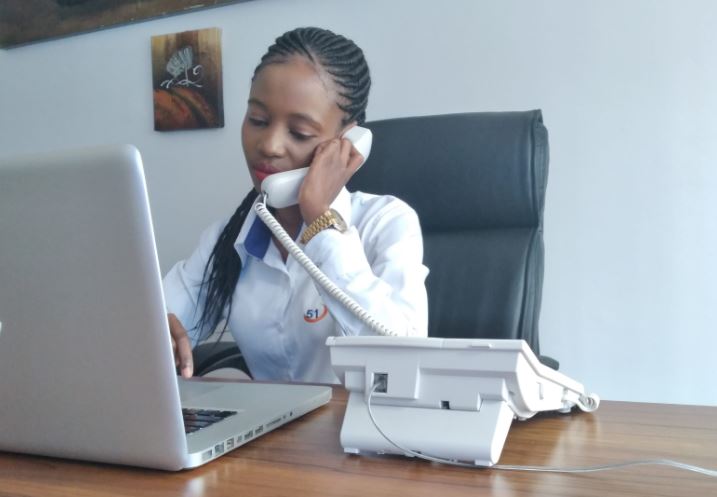 51 Capital is one of the biggest forex trading companies in Kenya and Africa and while they are making huge moves, attracting hundreds of customers and winning accolades from across the board, there’s still a major problem with how they have chosen to run their company – by hiring very young, unqualified, inexperienced and naive people to run business.

Joe Kariuki, the CEO and the head honcho at 51 Capital, a man of no modest means and definitely one of the biggest Forex trading giants In Kenya, is a man who should know better than run around hiring little boys and girls and making them powerful figures in his company without proper vetting, background checks, experience, orientation or even skills.

Young people are great. They are amazing, actually but that does not mean that they have the capability to take over multi-million dollar companies and run them successfully.

Meet Sean Macharia, for instance, a 22-year old chap that has now been crowned the General Manager of 51 Capital!

Dude is 22 years old!!! Where does he get the experience, knowledge, technical know-how, exposure and skills to run a company at a mere 22-years of age?

But apparently, Joe Kariuki seems pretty comfortable with such a ridiculously outrageous idea.

Meet Linet Mwinyi, a 21-year old who is now being hurriedly groomed to be the overall Head of Marketing for a company that has offices in Mauritius and India.

Linet, according to her bio, a qualified Customer Care Service ‘expert’ who studied Airports Operation and Flights Dispatch and thinks that now, armed with those papers, can authoritatively take over massive dollar companies and run marketing for clients across the globe.

At only 21, Linet is, according to me, viscerally underqualified to take over such huge responsibilities.

But Linet see it differently, saying, ‘Young people aren’t just the leaders of tomorrow – they’re making huge changes to the world around them, right now. Whether it’s through social media or ‘hashtag’ activism, writing online or in their paper about a cause, or taking part in a protest, there are many ways that young people can ‘be the change’ and make a difference to the world’.

And while I may agree with her on some parts of that statement, I must point out that, being young does mean taking time to learn and gather experience for better service delivery not just being put into huge posts for the sake of it.

Sean Macharia and Linet Mwinyi are some of the very young, greenhorns that Joe Kariuki is messing around with professionally and it might cost him and his bludgeoning company big time.

Even Warren Buffet, the greatest business icon in the world, reserves the best company positions to matured and experienced individuals.

Vivian Opens Up on Baby Daddy: “He was a Good Man But…” < Previous
Kathy Kiuna Discloses How Bishop Allan Won Her Over Next >
Recommended stories you may like: