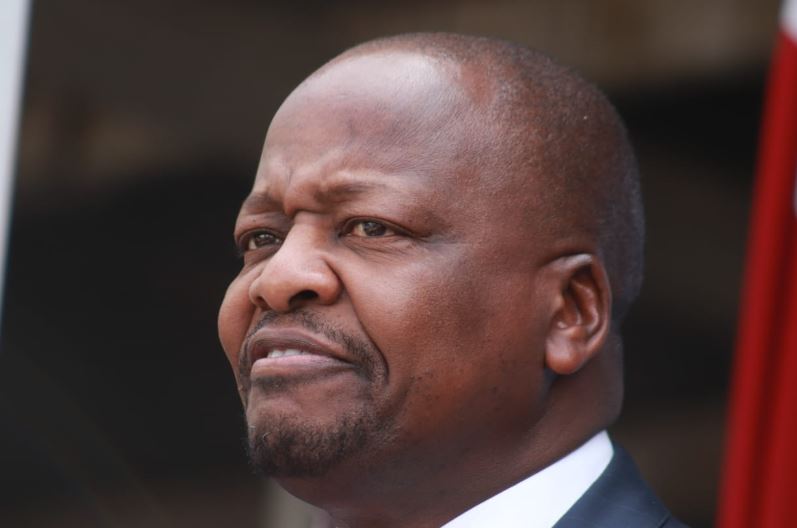 With Nairobi county leading with 37 confirmed COVID-19 cases, the majority of contacts who were traced after getting in contact with the 50 patients who contracted the disease were located.

According to a map of Nairobi’s contact distribution, the majority of the contacts reside in Kibra, Westlands, Kilimani, Makadara, and Starehe sub-counties.

As of Monday, March 30, only nine estates were identified for not having contacts with the patients. These areas include Kiambu, Kabete, Limuru, Kikuyu, Dagoretti, Kajiado East, Ruiru, and Mavoko.

This comes as Health Cabinet Secretary Mutahi Kagwe announced that from the 50 infected persons, the contact tracing had risen to 1, 426 people because Kenyans were flouting social distancing. 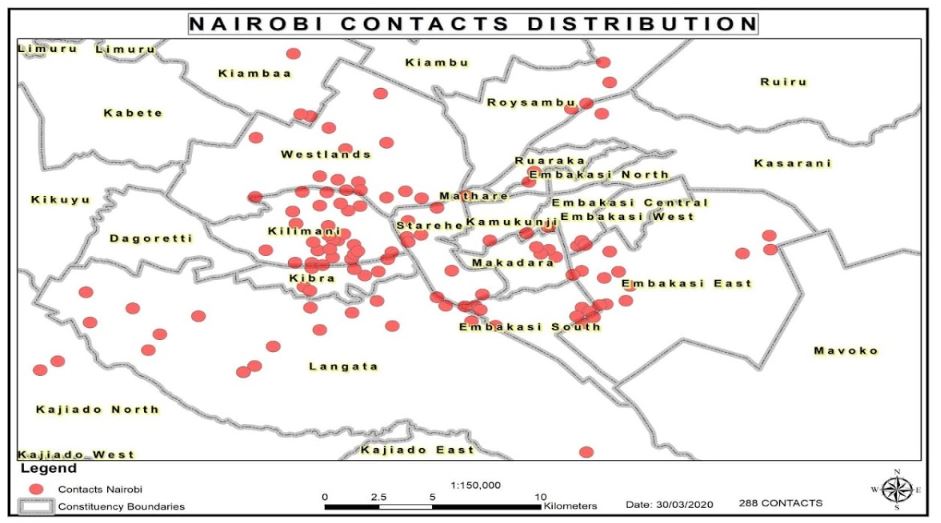 Waiguru Slams MCAs’ Impeachment Plan as “Petty and Frivolous” < Previous
Thugs Break Into Ex-Senator’s Resort, Party For Hours Before Stealing Booze, Electronics Next >
Recommended stories you may like: