Uhuru Would Not Be President Without DP Ruto, Says Moses Kuria 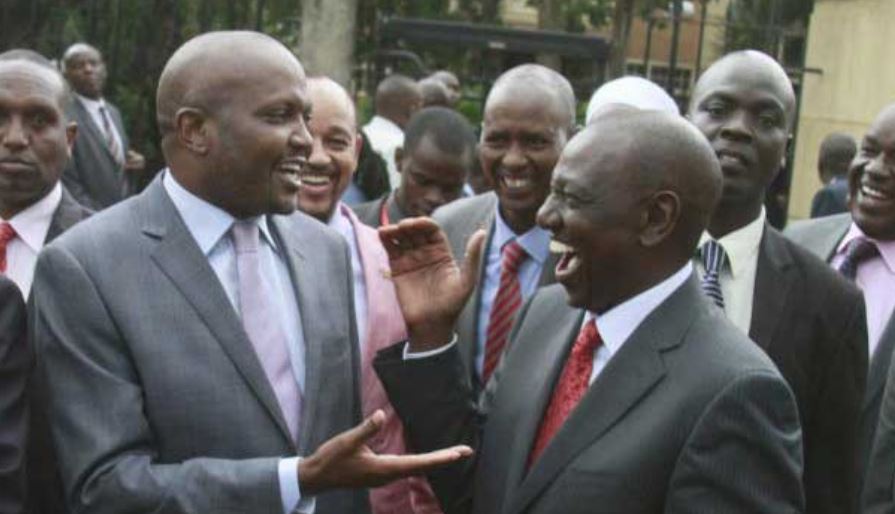 The Gatundu South Member of Parliament reckons that Uhuru Kenyatta would not have been the president of Kenya without DP Ruto by his side.

Speaking over the weekend, Moses Kuria sensationally claimed that it is Ruto who made Uhuru Kenyatta president.

The vocal lawmaker said Ruto was one of the few sober people in President Kenyatta’s campaign team and that is why Jubilee won the presidential election. According to Kuria, if Uhuru had left the campaigns to “drunkards like us” he wouldn’t be President.

“I am talking to you like a former drunkard who has since reformed…” Kuria said.

He added: “If it was not for William Samoei Ruto, and God is my witness, Uhuru Kenyatta would not be President. That one I can say without fear of contradiction. If you would have left these (campaigns) to drunkards like us who wake up (with hangovers) at 11 am. We are grateful (DP) Ruto only consumes Mursik (sour milk).”

Kuria spoke during a rally in Meru.

“There Is No Fame In The Bible” – Pastor Mr Tee to Gospel Artistes < Previous
Diana Marua Confesses to Bahati: I Lied And Went On A Date With Another Man Next >
Recommended stories you may like: